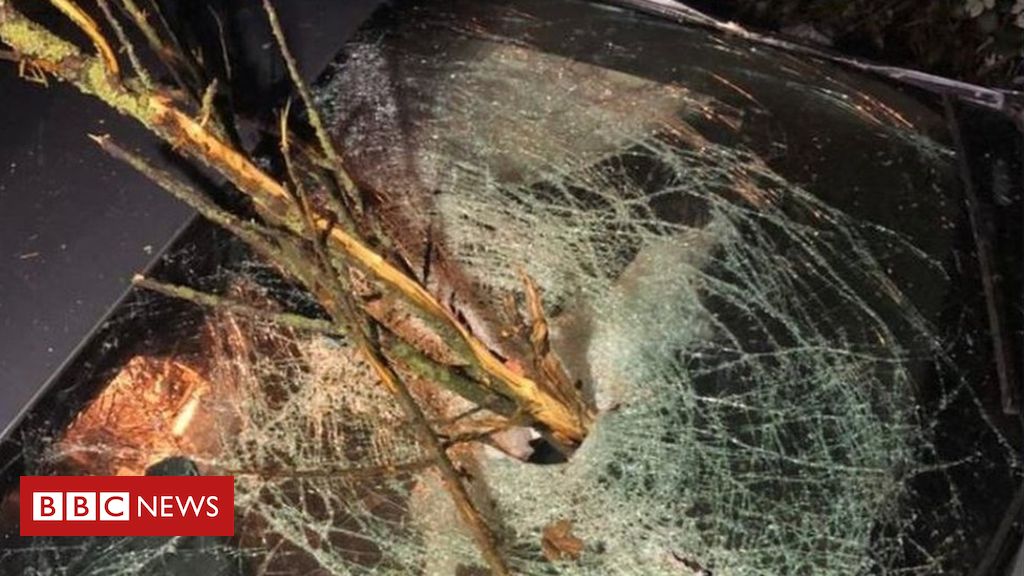 Two people are “lucky to be alive” after a tree branch pierced the windscreen of their car in a crash.

Police involved in a Christmas drink-drive crackdown found the car in a ditch off the A40 near Gloucester.

Chief Insp Al Barby, of Gloucestershire Police, said the driver “tested positive at the roadside” and officers were waiting for blood test results to see if he would be charged.

“The picture says it all – this couple are very lucky to be alive,” he said.

“It puts everything into context really – why we are running this Christmas drink drive campaign and what the consequences can be.”

Since the campaign started on 1 December, police said there had been 53 arrests for drink and drug driving offences, compared to 40 at the same time last year.

They said 24 people had been charged and were due to appear in court.

Chief Insp Barby said: “The arrests for this year’s campaign are up, but the fact that the proportion of people blowing positive at the roadside has gone down is encouraging.

“From our perspective the easiest way to avoid problems is to make sure it’s none for the road.”