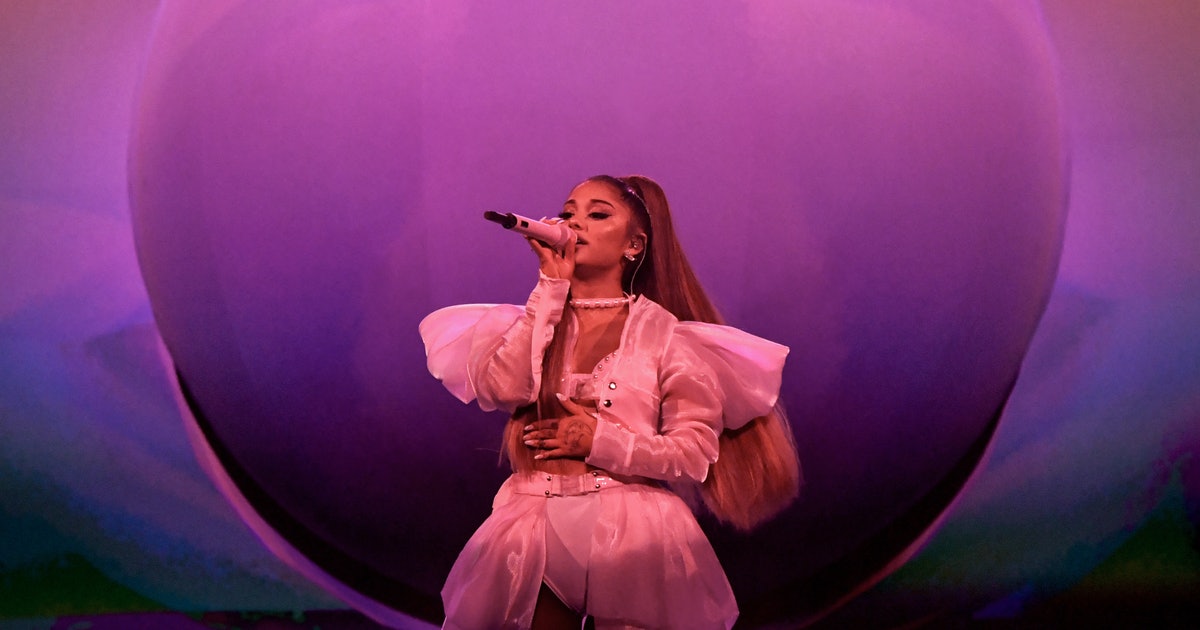 With the new year almost here, it’s the perfect time to reflect on all the hit tunes of the year — and decade — that got you singin’ in the shower. Thankfully, Spotify has unveiled its “A Decade Wrapped” campaign, which gives fans insight into the most streamed artists and songs from 2010-2019. You’ll want to check out which of your fav singers and throwbacks made Spotify’s “A Decade Wrapped” list.

Spotify unveiled the most streamed artists and tracks from 2010 to 2019 as part of the brand’s “A Decade Wrapped” campaign on Tuesday, Dec. 3. Ariana Grande, who released her wildly popular album in February, dominates the list. She was the No. 1 Most Globally Streamed Female Artist of the Decade, and is followed by Rihanna, Taylor Swift, Sia, and Beyoncé. Grande was also one of the top five Most Globally Streamed Artists of the Decade. Drake came in first on the list, followed by Ed Sheeran, Post Malone, Grande, and Eminem rounding out the top five. The Most Globally Streamed Track of the Decade was “Shape Of You” by Ed Sheeran, which isn’t surprising, since fans have been loving the catchy tune ever since it was released in 2017.

Spotify even made a playlist of the decade’s top songs that you can listen to, which I recommend doing on New Year’s Eve with all your friends. What better way to ring in 2020 than to listen to all the hits that got you through the past 10 years?

Spotify also released a snapshot of the past year in “Wrapped” 2019, which includes the most streamed playlists, podcasts, artists, and more, both globally and in the United Sates. Billie Eilish’s album was 2019’s Most Streamed Album of the Year on Spotify, which marks the first time a female-led album has taken the No. 1 position on “Wrapped.”

The 17-year-old singer had an outstanding breakout year, with over 6 billion streams this year alone. She was also the second Most Globally Streamed Artist of 2019, surpassed only by rapper Post Malone, who dropped his latest album, , in September. The Most Streamed Track of the year was “Señorita” by Shawn Mendes and Camilla Cabello, which racked up over 1 billion streams. With unmistakable on-and-off-screen chemistry, the duo took the world by storm this summer with their hit single and steamy music video. Featuring all your fav chart-toppers, Spotify’s “Wrapped” playlists are the ultimate way to ring in the new year.