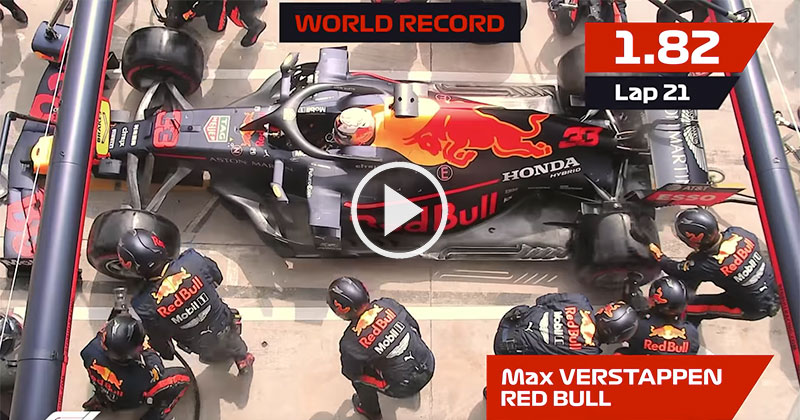 For the third time in the 2019 season, Red Bull have broken the pit stop record. In the Formula 1 Brazilian GP, they serviced Max Verstappen on the first of his three stops in an amazing 1.82 seconds, shaving six hundredths off their own record set at Hockenheim.

It also means that they have wrapped up the DHL Fastest Pit Stop Award for this year. With one race to go, they are now 52 points ahead of second-placed Williams. The stop in Brazil was their eighth DHL Fastest pit stop of 2019 and takes them up to a total of five for the season.

Brazil was perfect for Red Bull in every way, because they not only set a new world record for tire changing. Max Verstappen, starting from pole position, drove an outstanding race, in which he held world champion Lewis Hamilton at bay and won with a three-stop strategy.