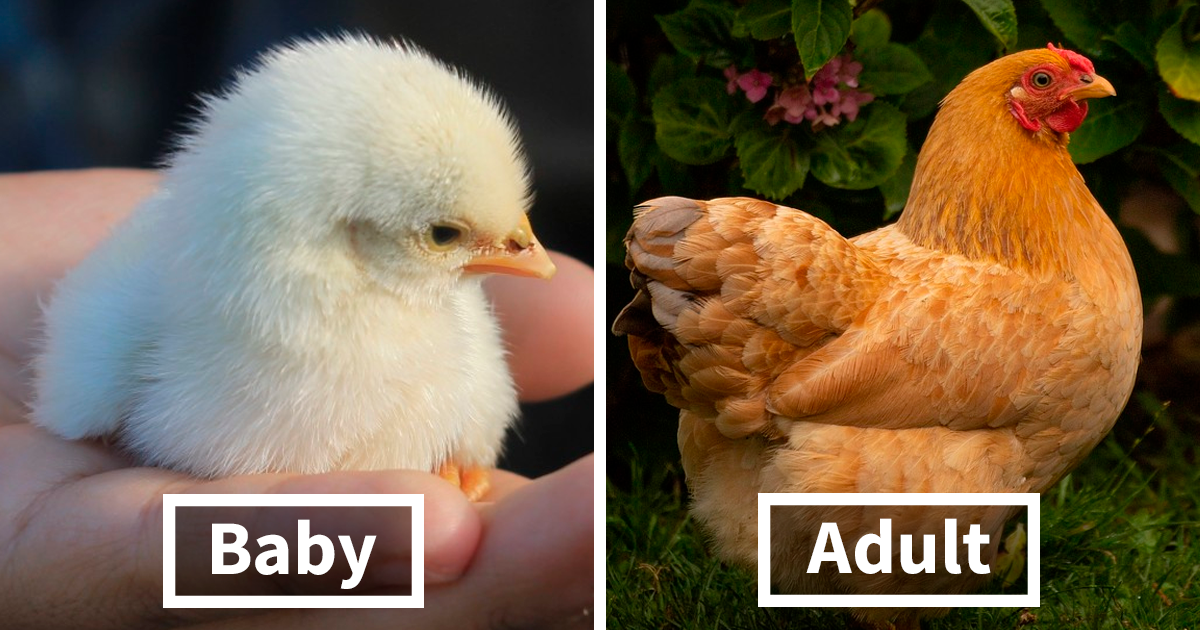 There’s a reason why the cute baby animal pics scene is dominated by mammals like kitties and bunnies, but you don’t see a lot of baby birds. It’s because most of them have some serious awkward phases (with the exception of ducks and chickens… they seem to be blessed with looking cute in their baby pictures.) Where do you think the tale of the Ugly Duckling comes from? Apparently, it takes a while to grow a majestic and functional coat of feathers, and they can look pretty silly in the meantime.

Scroll down to see some impressive bird glow-ups. We bet you didn’t know what at least a few of these birds looked like as babies. Upvote the ones that surprise you the most! Pigeons are an unusual case because, even if you live in a city and you see more pigeons than you can count every day, you’ve probably never seen one tending to a nest with baby pigeons in it.

That’s because the feral pigeons that live in cities all over the world are descended from rock doves, which put their nests on steep rock faces, or in caves. Urban pigeons carry on this behavior by nesting on roofs, under windowsills on tall buildings, and anywhere where absolutely nobody without wings can find them. If you hadn’t thought about it until now, that’s proof that they’re good at it.

Pigeons stay safely hidden away until they’re at least 40 days old, and then they come out with a shiny coat of feathers just like their parents. Good for them, it looks like it’s less embarrassing that way.