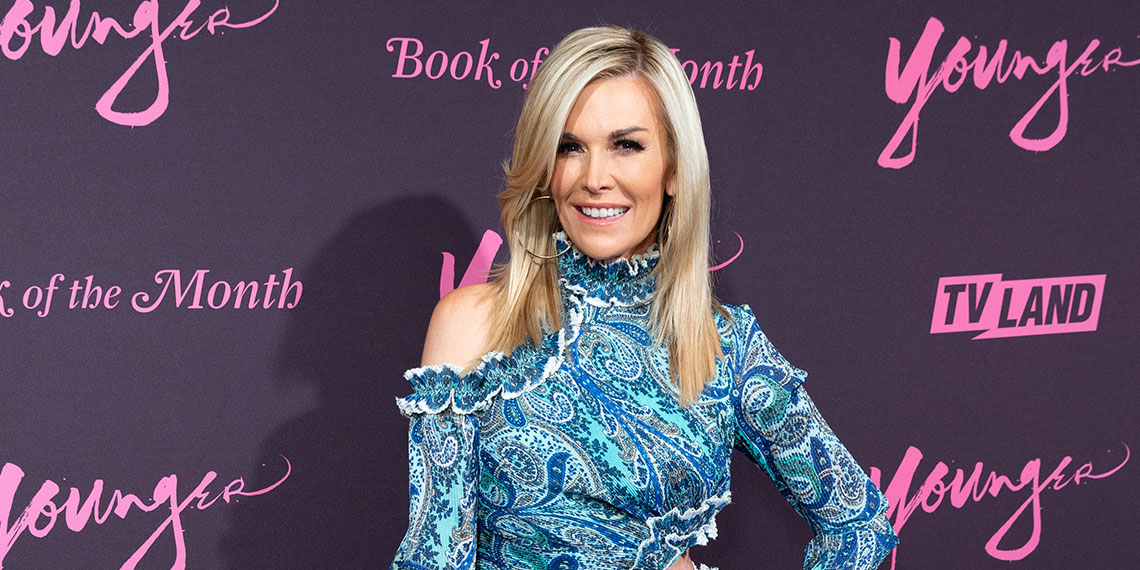 The ladies of The Real Housewives of New York City are still filming for season 12, but there have already been some major developments. Of course, Bethenny Frankel sent shockwaves through the Bravosphere earlier this year when she announced she was leaving Bravo to pursue her own projects. We didn’t quite know what to expect, but obviously the show must go on. Last month at BravoCon, streetwear designer Leah McSweeney was announced as the newest Housewife, triumphantly joining her new castmates onstage at Watch What Happens Live. But this week, we lost another beloved apple, when it was confirmed that Tinsley Mortimer is no longer filming for the upcoming season.

Earlier this fall, Tinsley got back together with her on-again-off-again boyfriend, Scott Kluth, causing speculation that she would leave RHONY. As you might remember, he biggest problem with Tinsley and Scott was always that he lived in Chicago, and she obviously needed to be in New York for her job. For a few weeks, there were rumors that she would get her own Real Housewives franchise in Chicago, but that proved to be false after Salt Lake City was announced as the new Housewives city.

Ultimately, Scott and Tinsley got engaged last month in Chicago, and that turned out to be the final nail in the RHONY coffin for her. She wasn’t on the girls’ recent trip to Mexico, and this week, Luann de Lesseps spilled the tea about Tinsley during one of her cabaret shows. When asked about Tinsley’s mother, Dale, during the Q&A segment (yes, her cabaret show has a Q&A segment), she said “I think she’s more upset that Tinsley’s not filming anymore now that she’s marrying Scott than Tinsley is.”

Luann continued about Tinsley, saying “I wish her all the best. She seems very happy and I want her to be happy and get married. That’s what she wants to do. She’s very traditional. She wants to have a baby. It’s time.” This makes sense, considering we watched Tinsley freeze her eggs on the show, and she cried about her eggs as if they were already actual babies.

But there might be a bit more to the story, with another source telling People that Scott played a major role in her decision to leave the show: “Scott gave her an ultimatum: ‘me or the show,’ and she chose him. He loves the limelight, but hated the negative effect the show had on their relationship. And Tinsley, she’s desperate to make the relationship work and was on the outs with the group as it was.”

Okay, so a few things here. First, I’m never a fan of an ultimatum like this, and it feels kind of shady on Scott’s part if this is really how it went down. I’m personally never a fan of ultimatums, because one person is usually going to end up unhappy. But whatever, not my relationship. It’s also no secret that the show has messed with their relationship in the past, and some of their scenes from a couple seasons ago are truly tough to watch. I hope Tinsley really is happy with her decision, because obviously being wifed up in Chicago is going to be a lot different than getting sloppy drunk with the RHONY ladies.

But speaking of the RHONY ladies—what does this source mean when they say that Tinsley was “on the outs with the group”? This is a low-key juicy piece of information, and it makes me very excited to see what happens in the first part of season 12, before Tinsley leaves. She’ll still be on the new season, at least for a while, and I hope her last episodes don’t disappoint.

While the news of Tinsley leaving in the middle of the season feels shocking right now, she’s not the first Housewife to stop filming before a season is over. Several other Housewives have left for various reasons, so let’s revisit some of the most dramatic examples.

During the last season of The Real Housewives of Beverly Hills, the only real drama that went down was between Lisa Vanderpump and, well, everyone else. What started with some rumors about a puppy escalated over the first half of the season, and resulted in blowout arguments, and a catchphrase that we’ll never forget. After officially burning her bridges with Kyle and Dorit, Lisa essentially retreated from the show for the remainder of the season. She filmed a few scenes here and there, but skipped the cast trip to France, and refused to film with the full group. Eventually, Lisa said she wouldn’t be returning to RHOBH, and she skipped the season 9 reunion. Just this week, Tom Sandoval told Us Weekly that Lisa “f*cking hated” filming RHOBH, so it was probably the right choice for her to call it quits.

Lisa isn’t the only Housewife to leave the show because of toxic relationships with her castmates. Back in season 2 of The Real Housewives of New Jersey, Dina Manzo left the show because she couldn’t stand to be around Danielle Staub. Honestly, none of the women could stand to be around Danielle at that point, but I guess they wanted the paycheck a little more. This was a strange season, because the full group of women weren’t ever together until the reunion, causing tensions to simmer for over a year. It goes without saying, but this made for a pretty explosive reunion.

But perhaps the most dramatic departure from a Real Housewives show was Kim Zolciak Biermann, in season 5 of RHOA. At the time, she was pregnant, newly married, and had gotten her own spin-off. Basically, she had a lot going on, and she was clearly over having to participate in group events. At the last minute, she told the ladies that she wouldn’t be attending the couples’ trip to Anguilla, making up a bullsh*t excuse about how the travel dates didn’t work with her pregnancy. The other ladies reminded her that they had chosen the dates specifically based on her schedule, but Kim was done. She stormed out of a group brunch, never to return (until season 10, when she was brought back as a friend).

Kim and Dina have both returned to their respective shows in some capacity in later seasons, and we can only hope that the same will go for Tinsley. Even if she wasn’t the craziest or most dramatic Housewife, she was an important part of what has made RHONY so great for the last few years. But whatever, I hope she’s happy in Chicago or whatever.