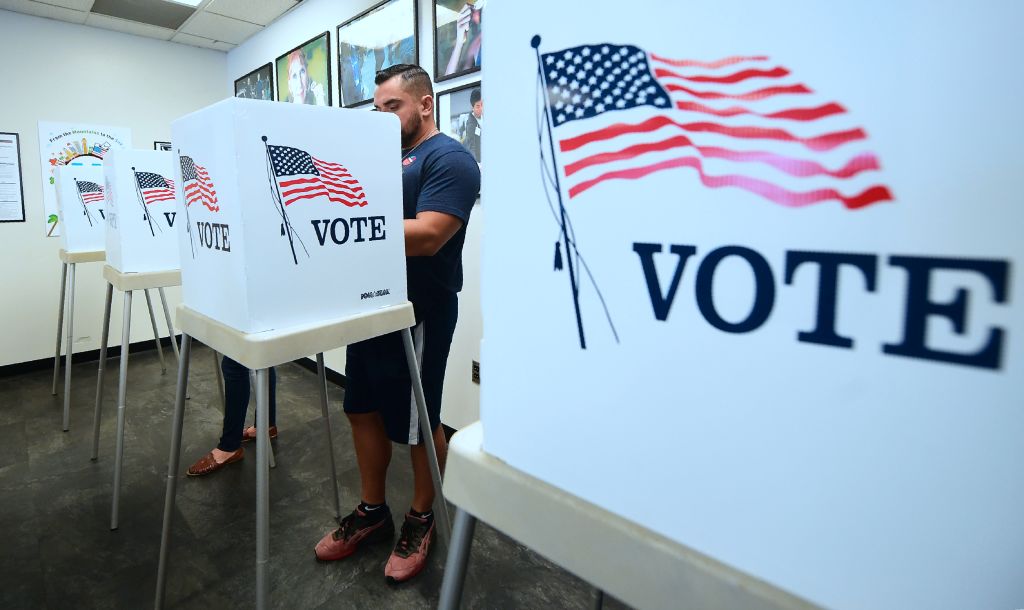 Tuesday Company, the organizational toolkit for political advocacy groups and candidates, has taken another step to consolidate its position in the growing market for tech-enabled political outreach with the acquisition of the voting mobilization service VoteWithMe.

Launched in the wake of the 2016 election by three former staffers from Hillary Clinton’s campaign for the presidency, Tuesday is one of the higher-profile alumni from the progressive-focused technology accelerator, Higher Ground Labs.

Michael Luciani, Jordan Birnholtz and Shola Farber, the co-founders of Tuesday Company, met working on mobilization and outreach for the Clinton campaign in 2016. Although Clinton lost, the work the trio did to encourage staffers and volunteers to send personalized outreach messages to their social network increased outreach in Michigan and other battleground states.

Now, coupled with VoteWithMe’s technology to encourage people to get to the polls on election day, the company believes it has a more complete platform to organize and mobilize for election day.

While Tuesday’s users were political campaigns, advocacy groups and their professional staffers, VoteWithMe was a free-to-use app that went directly to voters to encourage them to get friends to voting booths. The company had more than 250,000 downloads at the time of its acquisition.

“The opportunity to bring the B2B and B2C aspects together was really, really, really important,” says Farber, the Tuesday Company chief operating officer.

“We did a really great job building for organizations and for staff and organizers because our team is so strongly rooted in the organizing practice… and, VoteWithMe, they did a great job of building that consumer experience and our goal is to blend the expertise there,” according to Birnholtz, the company’s chief product officer.

While national politics dominates the news, advocacy groups of all stripes are seeing the benefits in applying the same tools that well-funded political campaigns brought to bear on the electorate to promote particular issues.

Nonprofits represent at least $13 billion of annual business, according to Farber, and Tuesday Company believes its services can provide value to all of them.

“The… political campaign world is really hard to build an innovative, sustainable business in, because it’s relatively small. Folks that don’t figure out how to become broadly relevant won’t survive,” says Birnholtz.

In the wake of the acquisition, investors can expect to see Tuesday Company out on the fundraising trail. The company is backed by Higher Ground Labs and individual investors like Chris Sacca and Reid Hoffman.

While Hoffman’s forays into the intersection of tech and politics have not always been without scandal, he has emerged as one of the most prolific backers of companies looking to apply technology to the political sphere.