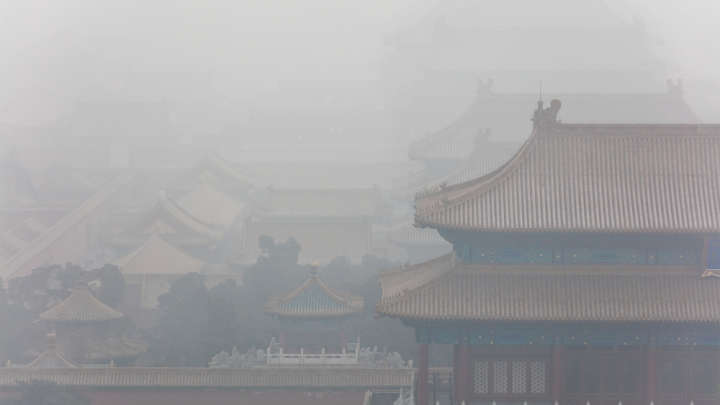 From London to Delhi to Beijing, millions of us live and work in big cities where toxic fumes and dust are quite literally inescapable, invisibly surrounding us in the air we breathe. In recent years, a mounting pile of research has found this dirty air has consequences for our health, from exacerbating respiratory conditions like asthma to lowering our IQ. Now, the teeny nanoparticles in polluted air have been linked to a higher risk of brain cancer.

Publishing their findings in the journal Epidemiology, researchers led by McGill University in Canada focused on ambient ultrafine particles (UFPs). These are minuscule particles found in the air that are smaller than 100 nanometers across. Unlike larger particles, UFPs are tiny enough to be absorbed by our lungs, travel around our bodies via the blood, and enter our organs. We’re still finding out what these microscopic body invaders do to our health, but they are thought to promote heart and lung diseases and have been linked to high blood pressure.

Previous research has already discovered that UFPs can find their way into the brain, but the new study is the first to examine how they influence risk of developing malignant brain tumors. The team examined the health records of 1.9 million people in Canada between 1991 and 2016, noting the level of pollution each person was exposed to. When the researchers followed up with their cohort, a total of 1,400 people had developed brain tumors.

The researchers found that per 100,000 people, one extra person is likely to develop a brain tumor when pollution levels rise by 10,000 nanoparticles per cubic centimeter, assuming the baseline rate is 8 cases per 100,000 people. An increase of 10,000 nanoparticles per cubic centimeter is roughly equivalent to the difference between a quiet road and a busy one.

Before you commence a panicky Google search of jobs based in the countryside, there are a few things to take note of. First, this is the only study of its kind so far so more research is needed to confirm the findings and determine whether there truly is a strong connection between air pollution and brain tumors.

Second, brain cancer is an incredibly rare disease. This means that even with an increased risk, only a tiny minority of people will develop it. The study authors estimate high levels of UFPs will lead to an extra brain tumor diagnosis per 100,000 people. That’s 0.001 percent of the population. The team also found no link between PM2.5 and nitrogen oxide, two key aspects of air pollution, and brain tumors.

Nevertheless, the new findings should spur governments to swiftly tackle air pollution in their cities, something many are falling short of despite the surging tide of worrying research. Often air pollution policy is not drastic enough to make a real difference, and with reports of schools in Delhi closing due to high air pollution levels this week, and 4.2 million premature deaths globally being linked to air pollution each year, it’s clear drastic change must come.

“Environmental risks like air pollution are not large in magnitude – their importance comes because everyone in the population is exposed,” study leader Scott Weichenthal of McGill University told The Guardian.