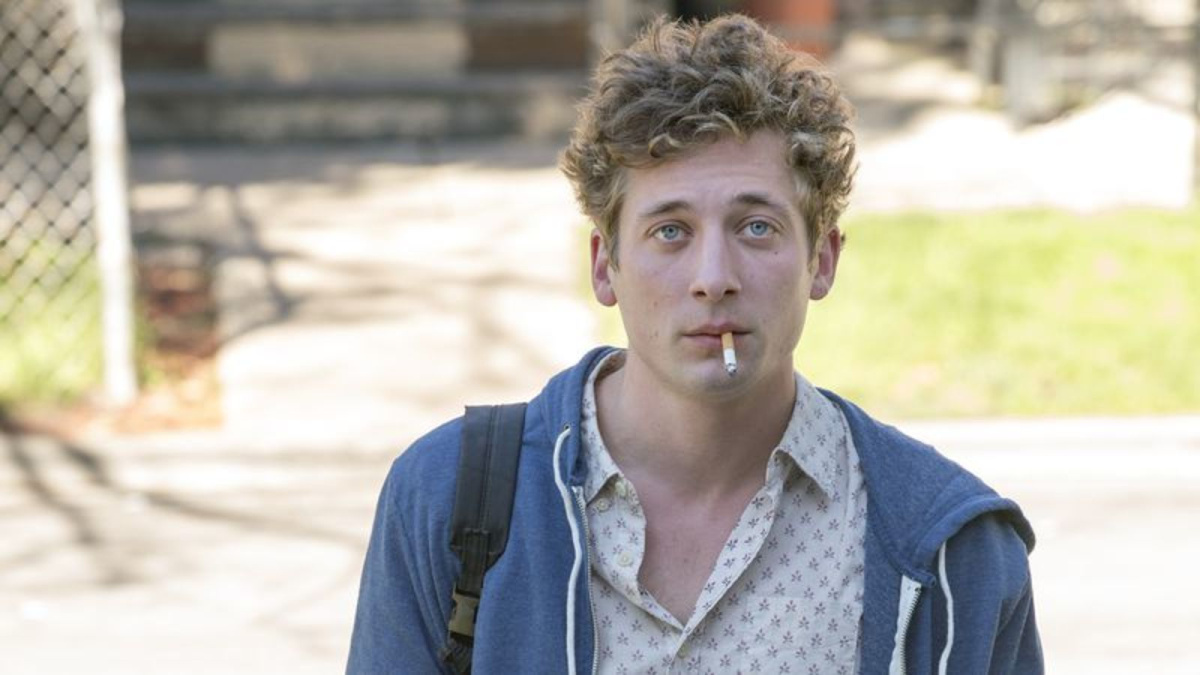 If you’ve watched even just one episode of on Showtime, you know who Lip Gallagher is. Played by actor Jeremy Allen White, Lip Gallagher stole our hearts from the first episode of season one not necessarily by his looks, but primarily by everything else. He has more strength than he gives himself credit for putting anyone and everyone before his own needs. Now in the ninth season of the show, Lip Gallagher still keeps his audience swooning over his charm, sincerity, and ruggedness. There are so many reasons to love Lip Gallagher and dream of dating him IRL so let’s break it down:

His threshold for crazy.

Lip has gone through many relationships that can only be described as chaotic. In his most recent relationship, his girlfriend Tami does anything and everything to push him away with borderline abusive behavior. Yet he sticks around because…well, I don’t actually know why he sticks around because she can be outrageously offensive and harsh to him at times. But if I had to guess, it’s because he has a unique perspective which allows him to look past flaws. He doesn’t focus on her negative qualities where he chooses interest without judgment, which leads him to discover a giant heart that she attempts to hide from the world. When you’re able to look past a negative perception, you can find things that make flaws nonexistent.

Aside from taking care of his siblings, and sometimes even his parents, being one of the oldest kids in his family showcased the parental and protective nature that flows naturally throughout Lip’s entire body. Over the last couple of seasons, he’s found himself parenting Xan, a homeless young girl abandoned by both her mother and then her aunt. When the girl’s mother came back in the picture, Lip was destroyed when Xan chose her mother over him. Through his heartbreak, he still worried that Xan’s mother wouldn’t be able to take care of her, so he sold his motorcycle for cash and handed all of it over to Xan’s mother. When Xan’s mother abandoned her yet again, Lip was there to take her back in, providing her with all of the love, shelter, and support he could possibly offer.

He’s not afraid to share his feelings or lack thereof. He was heartbroken the first time he told Karen Jackson that he loved her because she didn’t say it back. There was a time when Mandy Milkovich told Lip she loved him where he didn’t say it back. He isn’t afraid of being honest about his feelings, and he’s not going to bullshit you in and outside of romance. His authentic personality results in ongoing transparency that may hurt some feelings but keeps things open and honest. His most recent girlfriend (yes the one can be really mean) recently asks Lip if he loves her. He answers honestly: “I don’t know if I love you. I know I like you.” Being early on their relationship, this transparency is all anyone can ask for.

Come on, we were all thinking about it. The muscles on his arms are a gift from above. Lip is always either shirtless or sleeveless, and no one is complaining about that. His unique look grows on you every season as his confidence radiates to the forefront. His look is unique in a sort of “I don’t give a fuck” kind of way that’ll make you want to give all the fucks in the world. I’m not sure how he manages to work out all while smoking nearly a pack of cigarettes every day, but I’m going I choose to live in tv magic ignorant bliss for that one.

Lip has struggled with drugs and alcohol most of his life. He started at such a young age neglected by his parents who were addicts themselves. It was tough to watch his character hit rock bottom, but it was the push that led him to recovery. His sobriety is admirable as it highlights his ability to commit and also not be afraid to ask for help. He’s worked determinedly to become a responsible influence. Even in his sobriety, he tends to put others first, offering sponsorship and support to anyone that gets close to him.

Loyalty is an attractive quality as it welcomes the feeling of security. He’s loyal to the ones he cares about always staying true to himself. Youens, one of Lip’s college professors, is a perfect example of this. When Lip was facing some serious felony charges, Youens helped him get out of trouble and paired him with a job opportunity. Shortly after, Youens went on his own downward spiral treating Lip and everyone around him like garbage. This now put Youens in jail, but didn’t stop Lip from repeatedly trying to help and get through to him. Lip faced the brunt of Youen’s anger up until the very end when he passed away. Lip doesn’t share himself with everyone but instead puts endless amounts of energy into the few that make it past his wall.

He’s been through hell and back, and he still came through on the order side. Lip Gallagher was walloped with life experience earlier on than most. He lived in a shitty neighborhood, lived in poverty, raised himself along with several younger siblings, got expelled from college, suffered from addiction, and instead of letting that define him, he found new things to represent him. He’s not perfect and definitely not free of fault, but he has so much love to give to anyone that gets through to him.

His family means everything to him.

For Lip Gallagher, family means everything. That doesn’t always involve blood because it includes anyone he cares about. Lip will always take care of his own offering support in any way he possibly can.