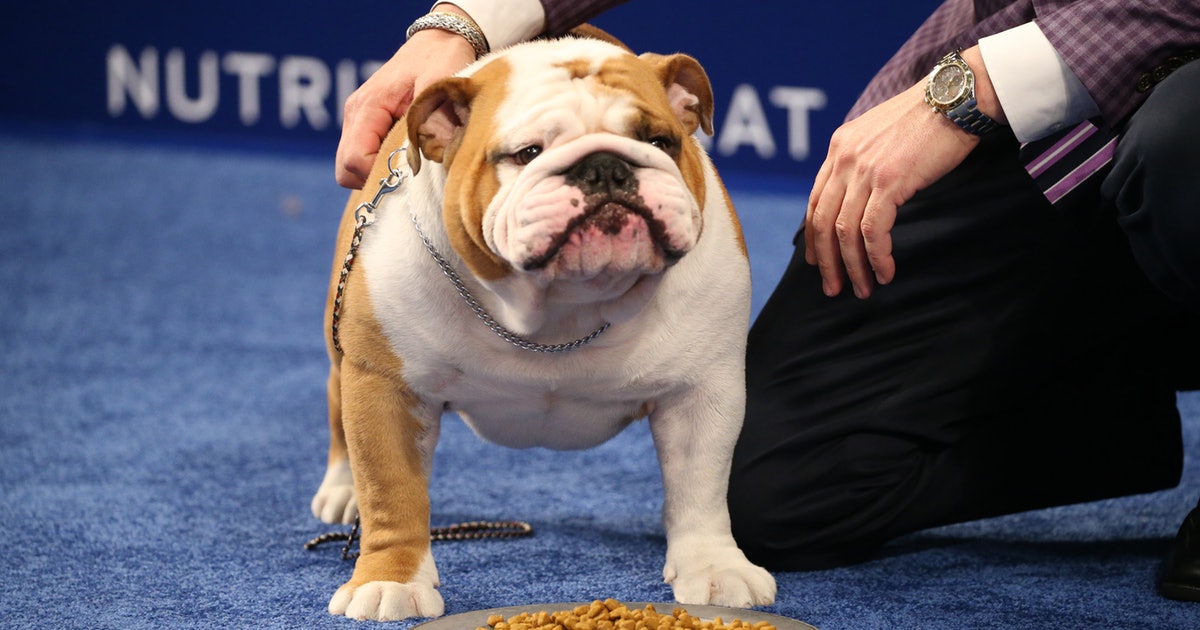 On Thanksgiving, dog lovers everywhere had one more reason to be thankful as countless pups strutted their stuff at the 18th Annual National Dog Show. While the competition was stiff, one English bulldog emerged victorious — and literally everyone is in love with the relatable choice. These tweets about Thor the Bulldog celebrate the lovable pooch, who was adorably lauded for his “outstanding overall attitude.”

If you tuned into NBC on Thursday, Nov. 28, you might have seen the chunky bulldog winning contests and hearts at the annual competition, which was held in Philadelphia. This year, the 2-year-old pup beat out Nick the Siberian Husky, Daniel the Golden Retriever, Blaine the Soft-Coated Wheaten Terrier, Sophia the Old English Sheepdog, Bono the Havanese, and Maddie the Pharaoh Hound to claim the honor of Best in Show. By winning, Thor took over from Whiskey the Whippet, who was last year’s winner.

In an interview with , his handler Eduardo Paris said that the dog was able to waddle ahead of the competition due to his “structure.”

“Thor won today because of his structure and because he moves so well,” he told the publication. “He has been showing since September 2018 and has won 27 specialties since he has been showing.”

Adorably enough, he was also recognized for having a shining personality. Per , the Best in Show judge Charlotte Patterson praised Thor’s “outstanding overall attitude and presence.”

Both Paris and Thor’s owner, Kara Gordon, echoed these sentiments. Paris said, “He has a great temperament and is wonderful with children,” while his Houston-based owner called him “sweet as pie” in an interview with .

Shortly after the competition aired, viewers (and, in some cases, fellow bulldog owners) took to Twitter to celebrate the news, saying what we all know to be true: Bulldogs are the best.

When Thor isn’t competing, he’s doing what any doggo would do. Gordon told that the bulldog likes to spend his days napping and sniffing “everything” as well as “jumping on any sofa or chair around, exploring outside, and just looking cute.” He also apparently as an introspective side, his owner notes.

“He appears to be thinking deep thoughts from time to time … Maybe he’s meditating?” she said. Meanwhile, for a treat, the pup is apparently partial to the “occasional part-skim mozzarella string cheese,” which I’m sure he’s getting lots of in the aftermath of his victory.

“He is also sweet as pie and so patient,” Gordon told the publication. “He’s a pleasure in every sense. Such a good boy!!”

There’s no word yet on whether Thor plans to compete in the Westminster Dog Show, which will be back for its 144th year at New York’s Madison Square Garden on Feb. 10 and Feb. 11. However, judging from his noteworthy performance in Thursday’s competition, I wouldn’t rule out the possibility of the lovable bulldog making an appearance and representing his fellow bulldogs come February.