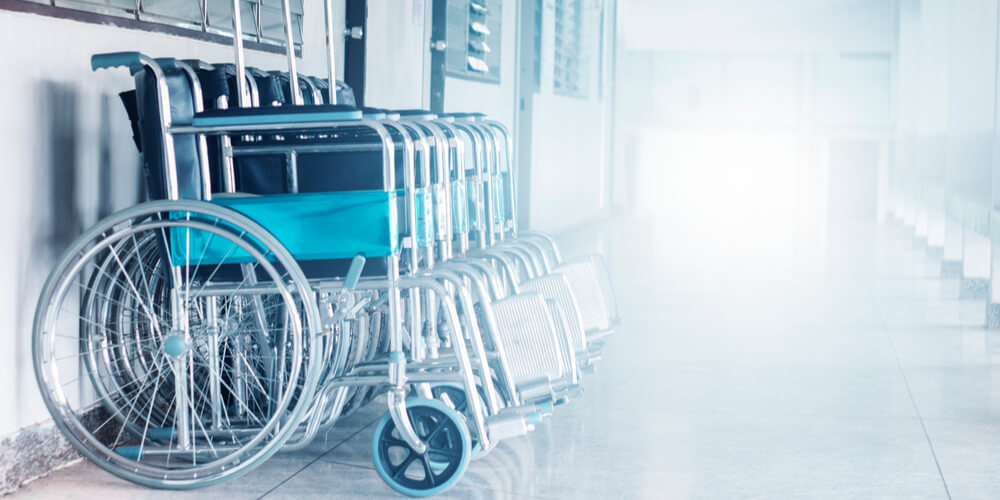 Stories of people fighting with their insurance providers are all too common in America, but one man with zero legs is sharing what feels like a new low: His insurance company wont get him a wheelchair.

Around 2:30am on a mid-November night in 2017, good samaritan Mark Poss saw a couple whose car had broken down on the highway trying to push it to safety. He pulled over to help, but as they were moving the car, a drunk driver slammed his vehicle into them, instantly severing Posss legs.

After about six months, Poss was able to start walking again with prosthetic legs. They help, but they dont solve everything. Poss still deals with debilitating pain in his legs that is exacerbated by standing on the prosthetics. But when he submitted a claim to UnitedHealthcare requesting coverage for a wheelchair, the company denied it,BuzzFeed Newsreports.

Apparently the fact that I have prosthetic legs means I have no need for a wheelchair, Poss wrote on Facebook in a post lambasting his experience with UnitedHealthcare. When my legs hurt, I have to take them off. If i have no wheelchair to use, like my insurance company would have it, I would be forced to not move the rest of the day.

Poss told BuzzFeed that even getting UnitedHealthcare to cover the prosthetic legs was an uphill battle. In the letter to Poss denying the claim, the company stated that a wheelchair, appears to exceed your needs and therefore, your coverage.

UnitedHealthcare responded to the criticism, saying in a statement to Buzzfeed that the company, provides coverage for wheelchairs based on the individuals benefits.

What that means for Poss remains to be seen. He says hes spoken to four or five representatives from UnitedHealthcare since Wednesday, and they all say the wheelchair should be covered. Poss told BuzzFeed he suspects that UnitedHealthcare is purposefully denying legitimate claims in the hopes patients will give up and take on the cost themselves.