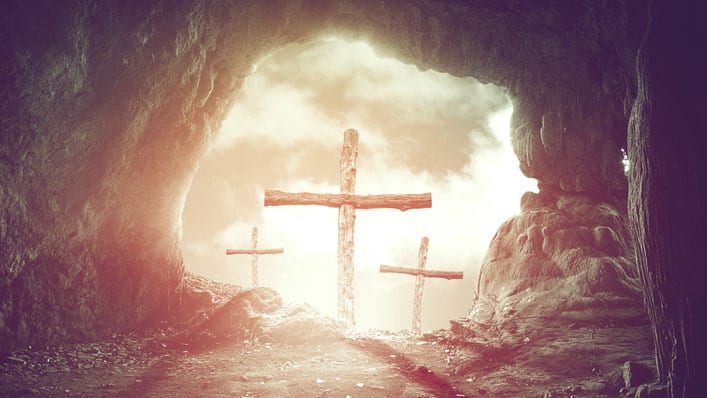 Yesterday, we celebrated (at home) my favorite holiday, Easter. For Christians this isn’t about bunnies and colored eggs (even though that’s fun stuff), but most importantly, it’s about the Resurrection of our Savior. Even the most wayward believer will feel the emotion pulling at their eyelids on this day, the day we remember that Jesus died on the cross to free us from sin. I mean, what other person can you think of who would ask their Dad, a Father who controls the rising of the sun and the ocean’s waves, to forgive the people who just conspired to kill Him? I think most of us would ask Poppa to teach those guys a lesson they wouldn’t soon forget. But alas, that just wasn’t part of the plan, was it? Nope. The plan from the beginning was to save men (and women) who didn’t know they needed saving, to save people who didn’t deserve saving, and even to save the stubborn who didn’t want saving. That’s love.

As I was praying in the Spirit today I felt like God told me that we’re all the prodigal son. Remember that story? He left home, spent his inheritance in record time, and came back with his tail between his legs just hoping for a job as a servant and a little crust of bread. But instead of his father giving him the third degree, or saying “I told you so, son,” he welcomed him with open arms. Then he threw him a party. His father gave him the best of what he had, even though he had squandered his own portion. That’s love.

We, the collective prodigals, love our Father. We know the sacrifice of His son. Yet we waste the inheritance we’ve been given, even though it’s the only thing we can take with us to Heaven. Instead of holding the gift from our Father of peace and security in Him while walking through this life, we chase the pleasures of this world. We forget the courage He has placed within us, and instead fear the unknown around us, never remembering that He controls it all. And worse yet, we place most of our value on things of zero kingdom value. We might as well be lying in the filth of the pig pen, since we’ve forgotten the royal heritage from which we come.

You know, I’ve really enjoyed the side effects of this recent pandemic. Sure, I wish I could go to the water park, especially since it’s 90 degrees in Florida today, but I must say I enjoy the not going. Something about going, it brings out that hurried nature. And I’m not saying I love the sickness that consumes so many. I am a nurse, after all, and I’ve seen firsthand the terrible trauma caused by this virus. It makes my heart weep. But I’ve also seen the ability it’s had to make us stop and be still. Now that is what we needed.

Hunger made the prodigal son run home to his Poppa, and a similar hunger has taken hold in our country. I’ve seen people run to God in their fear, uncertainty, and desperation. And even though we deserve a stern “I told you so, son,” He never even considers it. He just embraces us.

I’ve seen families sit down and talk, like, really talk. They’re no longer too busy to have a conversation.

I’ve seen people stop and enjoy a sunset since they’re no longer rushing about, too busy to see everyday blessings.

Children are home with their parents, spouses are taking a break from work, and they’re all seeing the beauty of time spent together. The world had gotten so busy, I think we forgot how special that is.

I’ve seen Christians begin to move in their spiritual gifting, myself included, as if we just needed that little push to make us more courageous.

I’ve seen humanity open itself to others. And even though there’s the selfish few taking more than they need, more than that I’ve seen an influx of giving. We’ve been forced to slow down and see the needs of a neighbor. We’ve had our eyes opened to how blessed we each are in our own way, and it’s encouraged us to share that blessing with someone else.

I’ve seen people realize that we don’t need department stores and malls to enjoy life. We don’t need amusement parks and sit down dining at its finest. In fact, I think people are suddenly understanding the sanctity of life. We want health, wellness, security, and safety! Y’all, this COVID-19 pandemic has changed us. We see the numbers rise, people dying, young and old alike, and we finally appreciate the gift of each unlabored breath we’re given.

Yesterday, as we celebrated Easter, I was reminded how the Resurrection changed everything! The frightened apostles who had run from the Romans, even going so far as to deny their association with that man Jesus, suddenly became bold proclaimers of the truth that He is the Savior of the world. The curtain was torn, and what normally took the blood of an animal and a High Priest now was accomplished by the blood of one man. What used to be an annual sacrifice for forgiveness now became a sacrifice once and for all. It. Was. Finished. He sealed the deal, defeating death, covering the sins of mankind, and giving us the right to be called children of God. The separation was gone. He gave us a way to the Father, and He gave us a way to live life abundantly until we joined them at the banquet table. His rising from the dead changed everything! 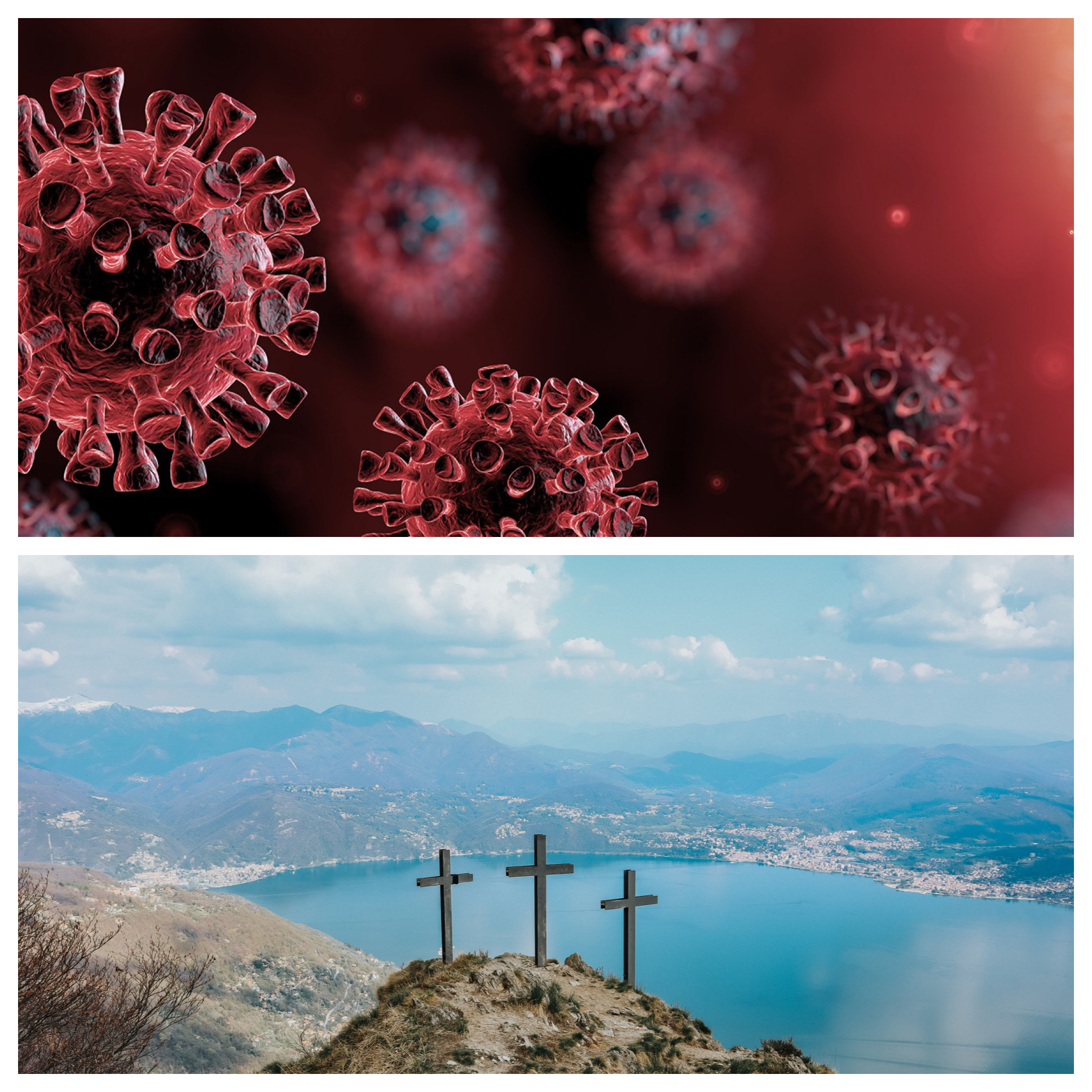 Do you know what the resurrection and this pandemic have in common? Change. This virus is unprecedented, and I think that despite all the negatives surrounding it, it’s changed us for the better. God has a way of doing that, you know, using what the devil means for evil for our good instead. This virus has forced us to slow down, to take an inventory of our lives, and to see what’s really important. Guess what? As much as I love a clean bum, toilet paper ain’t it. The people that surround me, and even the people I’m currently social distancing from, that is what’s important. Life is about knowing God and making Him known. It’s about showing His love. It’s about preparing our hearts for eternity with Him, and it’s about taking everyone along that we can.

While I was praying earlier I also thought about a refiner’s fire. You see, it takes heat not just to bend and shape metal for a greater purpose, but to purify it so that it will be stronger and more valuable than before. A metalsmith was once asked how he knew when his piece he was working with got hot enough to be completely refined, and he answered, “when I can see my reflection in it.” I think perhaps God wants to see more of Himself in His children, and less of the world. Disease doesn’t come from God, it’s from the devil, but I think God has used the heat of this pandemic to purify His children. The question now becomes, what will we do with the finished product?

The resurrection has changed life and death for good!

My prayer would be that we would all remain changed from this virus too. COVID-19 was recently compared to 9/11. I remember that day. I was active duty Navy, and the effects of that day will carry with me always. I can recall being so proud of how the Country and all the people in it came together following such tragedy. It was amazing! But then we forgot. People went back to being selfish and uncaring, and really, it’s only gotten worse in the past decade. We have become so hard-hearted, a society that only cares about numero uno, but over the past two weeks I’ve seen a glimmer of that past compassion I remember. I’ve seen it in hand-sewn face masks and the kind words given to the healthcare community. I’ve seen it in donated food items to those in need and to record online church attendance. Folks that normally won’t step into a church building are listening to sermons on Facebook, and they’re understanding that in bad times, God is good. People are seeing their need for God, and like the prodigal son whose growling stomach compelled him, the hungry hearts of hurting humans are crying out for the peace and fulfillment of the Lord!

Perhaps this fire (virus) is going to continue until God sees more of Himself in us. Perhaps He’s just waiting for all His children to run home. I think He’s got the fatted calf all picked out, and even the best of royal robes. He is calling the prodigals to return, and He is desiring our change in heart, a heart that turns to Him. He’s allowing this to burn into our memories so that we don’t forget. He’s allowing it to change us, and He’s allowing us to be the change. I pray that things never return to “normal.” At least, not what the world was calling normal lately. I pray we are changed by this pandemic, and I pray it’s a heart change that will last forever, making us to never be the same lost generation that is distracted by the shiny, counterfeit trinket the world’s been serving, rather than accepting the precious, eternal treasure our Father gives.