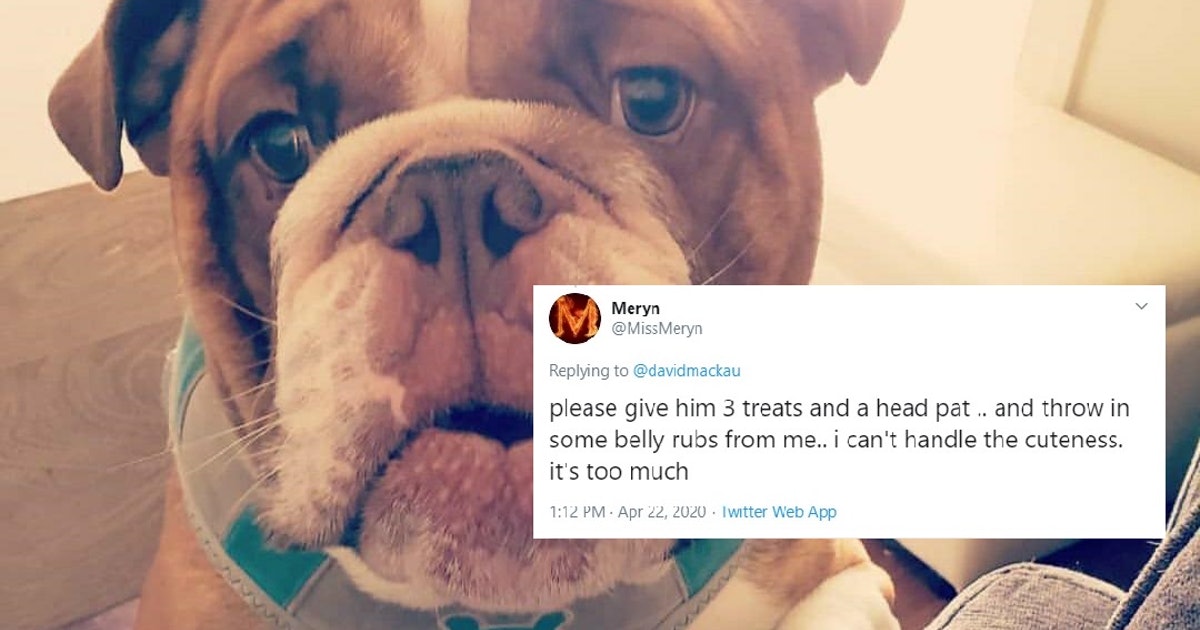 A costume designer named Rashida Ellis is social distancing with her bulldog Big Poppa during the coronavirus pandemic, and Twitter is so sympathetic to the sweet bulldog’s quarantine mood. Ellis noticed how a decline in interaction was making her pup sad, and she shared a photo of Big Poppa’s quarantine mood that had people on Twitter sending virtual hugs to the doggo. These 20 tweets about Big Poppa the sad bulldog are filled with nothing but love and support for the pup.

Big Poppa got some attention after Ellis posted a picture of him on her patio on Tuesday, April 21, looking off to the side with the saddest expression. Ellis wrote, “Big Poppa has been so sad today, I think he miss playing with the kids in the building. He just watches them from the patio.” Big Poppa loves to socialize with the people in the building, but now he has to distance himself from others. According to BuzzFeed News, the Atlanta-based designer said her pup’s favorite thing is to play with kids in her building. She said he’s also used to frequenting film sets alongside Ellis, which usually results in him wandering off to get pets from the actors.

It’s no surprise the lack of endless play and pets has Big Poppa in his feels, and some people on Twitter could relate to his quarantine blues.

Ellis followed up her first tweet with a video of Big Poppa looking forlorn as he waits for her to finish up her workday:

She also shared a video of Poppa’s new lockdown bed:

Even through the sadness, people on Twitter can see Big Poppa is a fun-loving doggo at heart. Most of Twitter just wants to say, “ILY, Big Poppa” and give him a huge hug:

Even some celebs are losing it over Big Poppa and his sweet face:

Everyone just wants to make it better for the pup:

Some of his animal friends are also sharing some love for him:

So many pet owners are sympathizing with Poppa’s plight:

Others are saying he’s going to be so happy when he can socialize again:

You are so loved, Big Poppa! Feel better soon.