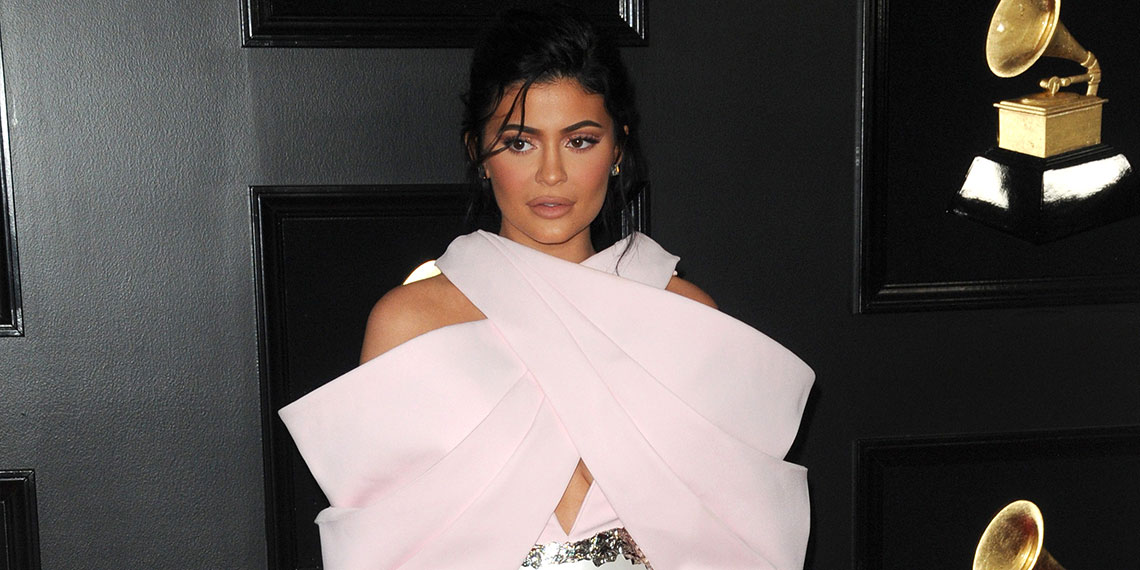 For most of us, quarantine has been a welcome break from having to look presentable 24/7. Whether that means going a day or two without showering, or seeing your natural hair texture for the first time since middle school, now is the time to ditch the makeup and just focus on things that matter, like skin care, or your mental health. But while we’re all looking like messes on Zoom meetings, Kylie Jenner is not in the mood for us to see what she really looks like.

Last week, we got an unprecedented glimpse of the real Kylie, when some paparazzi pictures of her looking way more, um, normal than we’re used to went viral. I’m not here to judge whether Kylie looked good or bad, but the complete lack of glam is certainly not how we usually see her. While I loved seeing behind the Kylie Cosmetics curtain, it appears that Kylie is eager to put the photos behind her.

The way that Quarantine has turned Kylie Jenner back into a white girl pic.twitter.com/FQjlTEY95F

Exhibit A? Kylie’s Instagram behavior over the last week. Though she’s one of the most-followed people on Instagram, she doesn’t stick any kind of posting schedule. I guess when you have 170 million followers, you don’t have to overanalyze what time of day you should be posting. Must be nice. Anyway, in the first three weeks of April (before the infamous photos went viral), Kylie only posted five times. Two of them were cute posts of Stormi, one was a bunny costume thirst trap for Easter, and only two of them were like, generic hot pictures. My personal favorite is this one, where she sends her well wishes RE: coronavirus, while posing on the driveway in a groutfit. Iconic.

sending out my love and prayers. & hoping this will all be over soon 🤍

A queen for the people. But since the makeup-free photos got out about a week ago, Kylie Jenner has been all over the ‘gram. In the past three days, she’s posted 10 times, and eight of those are hot solo shots. This is a huge change—she went from going days between posts to sharing something every few hours! Kylie just casually moved into a new $36.5 million house, and she’s posting like she’s determined to take a thirst trap on every couch in that house. Which like, same, except my apartment only has one couch.

Kylie is obviously posting more in the past few days, but she’s also going above and beyond to remind us how hot she is. This video of her arching her back on an outdoor couch, spraying herself with a Kylie Skin product in slow-motion while a Mary J. Blige song plays? I’ve watched it at least 50 times, and it still sends a tingle down my spine. People say this family has no talent, but taking a thirst trap like this is a skill worthy of being on a LinkedIn profile.

it’s getting hot out here @kylieskin

So yeah, since those photos surfaced, Kylie’s Instagram behavior has basically done a complete 180. But that’s not all. Over the weekend, Kylie was caught out and about by the paparazzi again, but you better believe she didn’t look like she did a week ago. People all over the internet are saying she staged the new photos, and I have to agree. In the new pics, her hair and makeup are done, she’s got a cute outfit on, and most importantly, the photographer has a clear shot and can’t be more than a few feet away. The shot of her tossing her hair while she puts on her mask is actual art, and I love it.

Not Kylie staging candids after that tweet went viral this week 😭 pic.twitter.com/INe2CNLWEL

If you follow the Kardashians, then you might know that they have a history of working with paparazzi photographers to get favorable photos. Often, certain photo outlets will edit their photos of the Kardashians to make them look better, in addition to getting the perfect angles and poses. I would say Kylie is a genius for calling up one of her paparazzi connects to make those rough photos go away, except that I’m not stupid and it’s obvious what she’s doing. Also, she—along with the photographer—should just be staying in the house right now. Reminding people that you look hot amidst a pandemic is really not that serious. I hope Kylie doesn’t adopt Ben Affleck and Ana de Armas’ strategy of taking 200 walks a day to get “caught” by the paparazzi, because they’re starting to look like clowns.

Personally, I’m thrilled that Kylie is posting more on Instagram right now, because it gives me more content to make fun of/obsess over, but it’s kind of hilarious that she thinks we’re going to forget what she looked like in those viral photos. And even though her face looked… different… I still can’t get over the fact that she wasn’t wearing shoes! Forget COVID-19, she’s going to get a fungal infection or some sh*t. I have a feeling it’ll be a long time before Kylie leaves the house looking like that again, but at least we’ll always have those photos to treasure.