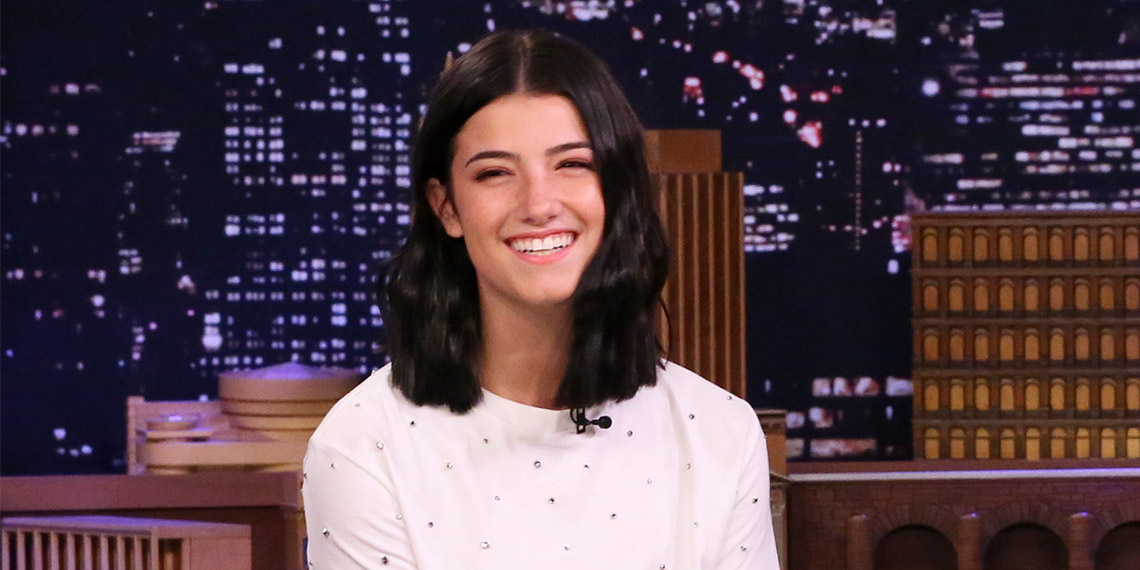 At this point, there’s really no excuse for not knowing about TikTok. Six months ago, anyone over the age of 23 could just say they were too old and keep it moving, but things have changed. You see TikTok videos all over Instagram, that one friend keeps texting you TikTok links, and you might have even downloaded the app out of sheer boredom. But just because you can admit that there are some funny people on TikTok doesn’t mean that you’re fully ready to embrace ~TikTok culture~.

And with good reason! The people who thrive the most on TikTok are literal teenagers, and I personally make it a point to steer clear of following children on social media. I just feel like it’s not a great look, but there’s one TikTok teen in particular that has been totally unavoidable lately: Charli D’Amelio. She’s now the most-followed person on TikTok, but like, why? Who is Charli D’Amelio, and why is she so famous? Let’s take a look.

Before we get into anything else, we must address the fact that Charli D’Amelio is only FIFTEEN YEARS OLD. As in, she was born in 2004. Like, not old enough to drive without a parent in the car in many states. Honestly? I’m sick. This girl is busy planning her sweet 16, and she already has a casual 48 million followers on TikTok. Meanwhile, I’m just over here hoping my selfie gets 100 likes on Instagram. It’s fine, I’m fine.

Charli’s meteoric rise on TikTok has happened unbelievably fast—she just joined the app last summer. Since then, she’s amassed over three billion views on her videos, and a few weeks ago, she overtook fellow teenager Loren Gray as the most followed person on TikTok. Considering that it took me approximately six years to get to 1,000 followers on Instagram, she clearly figured this sh*t out fast, and it’s impressive.

So what does Charli D’Amelio do on TikTok that makes her so appealing? Like I said, I have a no-teenagers policy when it comes to following people on TikTok, so I was mostly unfamiliar with her content. Scrolling through her page, the thing that struck me the most is that her videos are… not super unique? Like, she’s a cute girl, mostly just doing random TikTok dances. Here’s an example of what Charli does—there are literally hundreds of videos like this:

Okay, so like, she has cool loungewear and good lighting and she can learn a dance like anyone else? I mean, that’s more than I can say, so I respect it. But there’s a secret ingredient to her viral success: Hype House. If you’ve never heard of it, here’s what you need to know. Hype House is a group of ~20 Gen-Z TikTok stars, including Charli and her sister Dixie, and they all work together on making viral content. In addition, there’s an actual Hype House in LA, where a smaller group of them live. Remember, these are high-school age kids, so this is kind of like when Olympic gymnasts get shipped off to live wherever the good coach is, except for these kids, the Olympic medal is getting millions of TikTok followers.

If the idea of the Hype House is absolutely insane to you, same, but they’re not the only ones using this model. In January, The New York Times went in-depth on the evolution of these so-called “Content Houses,” which have been around in various forms since 2014. They were originally mostly made up of YouTubers, but now TikTok has also become a booming industry. These houses are sometimes run by managers and agents. Hype House was actually started by Lilhuddy, a 17-year-old with millions of TikTok followers of his own.

Speaking of Lilhuddy, his actual name is Chase Hudson, and he and Charli just so happened to be dating for the last several months. That is, until today, when Charli announced on Instagram that they’d broken up. For the past few weeks, rumors of Chase cheating on Charli with a girl from a different content house (*rolls eyes*) have circulated online, and I guess this is the confirmation we needed. Quick reminder that everyone here is a full-ass child, and their personal lives are messier than anything that’s happened on Vanderpump Rules.

I’m not sure what this breakup means for Charli’s future in Hype House, but at this point, she’s bigger than all the rest of them, so she’d probably be fine on her own. Since blowing up on TikTok, Charli has gotten a lot of big opportunities: In January, she signed with UTA, one of the largest talent agencies, she appeared in a Super Bowl commercial, and was even invited to make a TikTok with Jennifer Lopez at the Super Bowl. Casual.

Just this week, Charli teased on Entertainment Tonight that there may be a reality show about her family in the works, so if she’s leaving Hype House, she probably won’t miss out on any of the clout. I hate to say it, but I would probably watch that show, and I would be too embarrassed to tell anyone how much I liked it. So hopefully now you have some concept of who Charli D’Amelio is, so at least when she comes up in conversation you can smile and nod and pretend to know about TikTok. As aging millennials, it’s the least we can do to stay relevant.