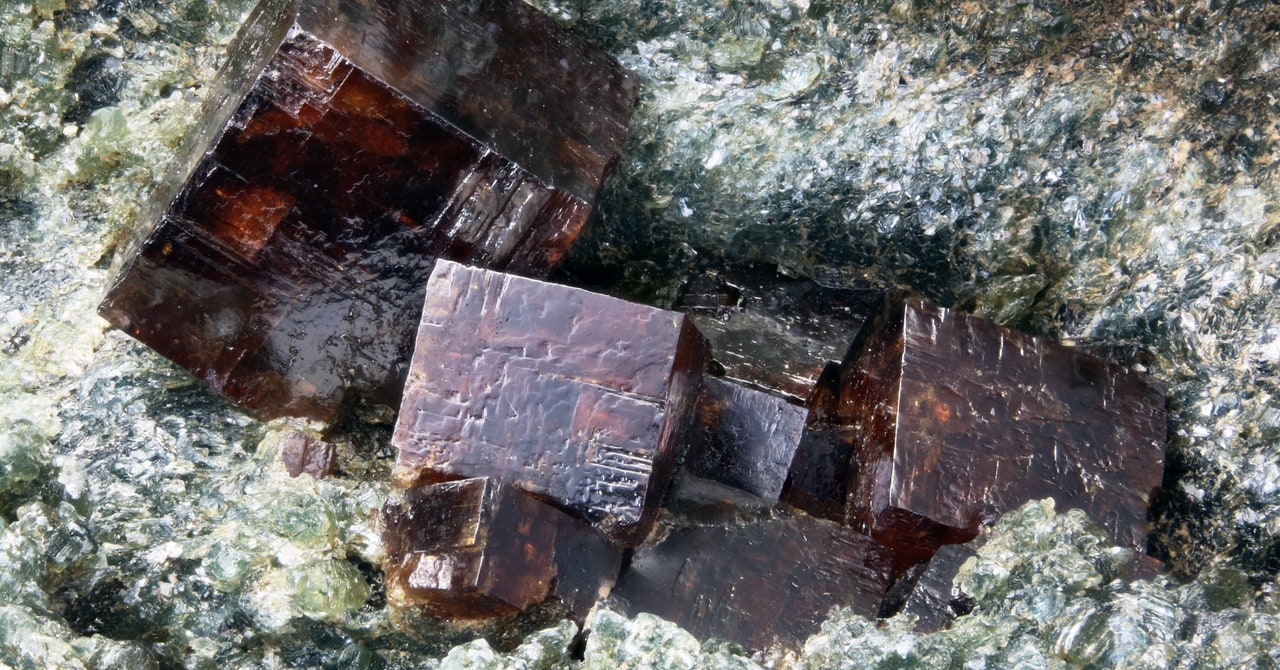 The perovskite solar cell is a photovoltaic wunderkind. Only a decade old, this next-generation solar technology is already hitting efficiency milestones that took conventional silicon solar cells nearly half a century to achieve. The cells are made from a class of materials called perovskite whose properties enable thin, flexible solar cells that can be printed like ink on the cheap. In principle, perovskite cells could turn everything into a solar panel—your car, your windows, even your clothes. But before perovskite can dethrone silicon as the king of solar semiconductors, researchers need to demonstrate that the material is stable enough to withstand the elements for decades outside the lab.

Unlike silicon solar cells, which can be rendered useless by just a few errant atoms, perovskite cells are highly tolerant of defects that arise during the manufacturing process. But a particular type of defect in perovskite’s crystal structure known as a “deep trap” may still cause the cell to degrade and lose the ability to efficiently convert sunlight into electricity. Until recently, little was known about how and where deep traps formed in perovskite cells. Now, an international team of researchers has pinpointed the location of deep traps in perovskite cells, which could drastically improve their stability and expedite their commercialization.

As detailed in a paper published in Nature on Wednesday, scientists from the University of Cambridge and Okinawa Institute of Science and Technology discovered that deep traps occur in small clusters at the interface between different grains in the perovskite cell. They relied on a suite of advanced imaging techniques to generate “movies” of charges as they moved through the cell and interacted with the traps, nanoscale action sequences that occurred in less than a billionth of a second.

“There’s a lot of evidence suggesting that these traps directly relate to stability and probably are sites where the cell starts to degrade,” says Sam Stranks, a physicist at the University of Cambridge and lead author of the paper. “Now that we know where they’re forming, we can start to target these problematic sites and fundamentally understand the degradation process.”

Solar cells are made from semiconductors, materials like silicon or perovskite that can either conduct electricity or insulate against it, depending on the environment. When photons from the sun interact with a solar cell, they kick electrons in the semiconductor into a higher energy state and leave behind a positively charged “hole.” Both electrons and holes can propagate through the crystalline lattice of the semiconductor and carry the electrical charge to electrodes that produce useful energy.

Perovskite solar cells can be imagined as a mosaic where each tile or grain has a similar crystalline structure. If there’s a defect in the otherwise orderly atomic structure of the semiconductor, this can “trap” the electrons or holes and sap the solar cell’s ability to provide electricity. In silicon cells, traps typically result from a missing atom in the crystal structure. Traps in perovskite cells appear to result from processes that are more complex than absentee atoms, but Stranks says their cause still isn’t fully understood. “We don’t know what is chemically causing them, but what we are seeing is that they’re clustering at the interfaces between grains,” Stranks says.

Stranks and his colleagues arrived at this conclusion by shining ultraviolet light on perovskite cells and observing them with a high-powered microscope capable of seeing down to just 10 nanometers—roughly the combined diameter of four strands of DNA. The UV light liberated electrons in the solar cell. By measuring the energy from these electrons, the researchers were able to determine how deeply they were bound in the semiconductor lattice. When shining solar light on these cells, energized charges falling into the deep traps registered as a large change in the measured signal that occurred in less than a billionth of a second.

The team then imaged the grain structure of the solar cells and compared this with the locations of the deep traps as revealed by their high-speed, nanoscale movie. What they found was that the deep traps exclusively clustered along boundaries between perovskite cell grains that had perfect structures and those with defective structures. “We now know where the limiting regions are, and that’s an important breakthrough,” says Stranks. “That allows us to identify areas that are problematic and need to be removed.”

There are two main approaches to getting rid of these deep traps. One is to improve the way the perovskite cells are manufactured to prevent defective grains from forming, which will first require understanding what causes them to grow in the first place. Stranks also says it may be possible to “sweep the problem under the rug” by manufacturing the perovskite material in such a way that the traps are more spaced out, rather than clustered together. Another route is to identify defective areas on perovskite solar cells and use post-processing techniques to treat them. But neither approach would be effective without first knowing exactly where the traps are located; Stranks says the alternative would be to proceed by trial and error, which would result in a lot of wasted time and effort.

“This work is super important for understanding this material as well as we understand other semiconductors,” says Joseph Berry, a senior scientist at the National Renewable Energy Laboratory who was not involved in the research. Berry’s work is largely focused on figuring out how to take perovskite solar cells out of the lab and into the real world, which requires demonstrating that these cells will continue to produce electricity for decades. Given that nobody knew about perovskite cells only 10 years ago, this is a big challenge.

“You could deploy it and see what happens after 30 years, but I don’t think anybody really wants to do that experiment on their house,” Berry says. “But the kinds of studies that Sam [Stranks] has done allow us to address the science that is required to make that kind of 30 year prediction for these systems.”

This may seem like a lot of work to build a better solar cell, given that commercial silicon solar cells are already approaching their theoretical maximum efficiency of around 30 percent. But the payoff will be worth it, says Berry. First, perovskite cells are cheaper and easier to manufacture than silicon cells, which must be baked at over 3,000 degrees Fahrenheit and treated with toxic chemicals. Perovskite cells, by contrast, can be printed onto thin plastic films using techniques that aren’t much different than printing a newspaper. Furthermore, perovskite cells promise significant efficiency gains over conventional silicon solar cells.

State-of-the-art, two-layer solar cells that combine perovskite and silicon have already demonstrated up to 29 percent efficiency at converting sunlight into electricity in the lab, which is comparable to the efficiency of top shelf single-layer commercial silicon solar cells. Deep traps are believed to kill both stability and efficiency in perovskite cells, so ironing out these defects would push their efficiencies even higher. Multilayer solar cells that combine perovskite and silicon cells, or are built of stacks of perovskite cells, could boost efficiencies to around 35 percent if the traps are taken care of, which Stranks says would be a “gamechanger” for solar energy.

Berry agrees. “It’s not that perovskite does any one thing better, it’s the fact that it does multiple things—it can be lighter, more efficient, and deployed in places where silicon would be difficult,” Berry says. The flexibility and semi-transparency of perovskite cells means that everything from windows to the wings of airplanes could be turned into solar panels. But first, researchers must demonstrate that the technology can retain its efficiency advantage at scale.

So far, researchers have set perovskite efficiency records using cells that are just a few square centimeters. When the cells are combined into larger sheets, the efficiency quickly drops off. Removing defects in the material will be critical to maintaining perovskite cell efficiency in large panels. “If we want perovskite to be the technology, then it has to be as good or better than all the other ones out there,” Berry says. Perovskite solar cells aren’t quite there yet, but at this rate it seems like only a matter of time.