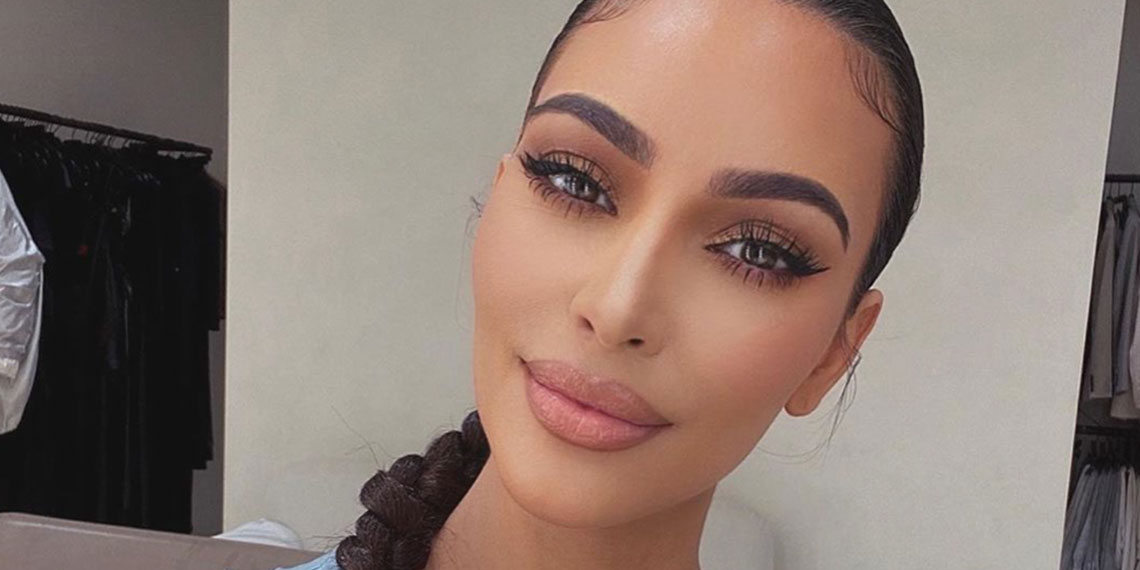 With the world falling apart in a global pandemic, a lot of things are uncertain right now. But don’t worry friends, we have one constant that will never change in our lives. And that is Kim Kardashian West’s insistence on warping her face with Facetune. It’s one comfort we can always count on. I know she’s a regular feature of this column, but Kim has actually impressed me quite a bit lately with her legal advocacy work and studying to become a lawyer. It’s nice to see someone with that much power and influence using it for good. But despite her having a priority change, Kim is still messing with her face worse than ever. Because Kim likes to use quick-fix apps like Facetune, her face often turns out looking different than it did before. In fact, half the time she’s straight-up unrecognizable, such as in this post she did a few days ago:

Join me in supporting @cmnhospitals during #ChildrensHospitalWeek because kids need care now. They need children’s hospitals now more than ever! Visit Kidscantwait.org to learn more.

Really, though? Who is this? It looks a hell of a lot different than the person she posted four weeks ago:

Do these not look like two completely different women? Sidenote: super happy to see Kim posting about supporting children’s hospitals right now, so she gets brownie points for that. At least her selfies are being taken (and edited) for a good cause.

But I just can’t get over how different she looks in every single picture, and I think this is why: every time she warps her pics, she does it slightly differently. In the new picture, for instance, she made her eyes, eyebrows, and lips humongous.

Do you see the drastic difference, even though both pictures are clearly edited? I had a field day trying to get these to line up because of the difference in features, but I lined them based on her head size and nose (even though her nose in both of them is almost completely erased). In the newer picture, her eyes are about 1.5 times the size of her eyes in the older one, even though they’re half-closed! Her eyebrows are literally double or more. And her lips are doubled, too!

I say this a lot in these articles, but the biggest problem with face editing is that your features make you look like you. ANY amount of messing with the size of your features will suddenly make you look like another person. This is why I don’t like or approve of these types of edits—it can only hurt your self-esteem by making you feel like your own features are not good enough. Like, cleaning up broken-out skin doesn’t change what you really look like, but erasing your nose and giving yourself anime eyes sure as hell does.

If you’re having trouble seeing the difference, I traced the new picture’s features:

And then laid it over the old picture:

It’s like Kim is Mr. Potato Head—all her features are just swimming all over her face in different places!

You cannot just go rogue on all your proportions in every single picture and then wonder why nothing looks like you. Which one is the real Kim? Well, Kim posted a video of herself doing her makeup:

And this Kim looks completely different than the previous two also! Kim, you’re a master of disguise, but I highly recommend lightening up on Facetune. You claim to be so body positive (debatable, given the types of products she shills for) and yet you are constantly playing Jenga with your own face. And I’m sick of the super weird massive eyeball trend!

You all look scary.

Did you notice how Facetuned the new Kim pic was? Could you tell what was off about it? Why do people give themselves giant alien eyes? Do you do this kind of editing of your photos? If so, why and do you think it affects your self-esteem in real life? LMK in the comments!