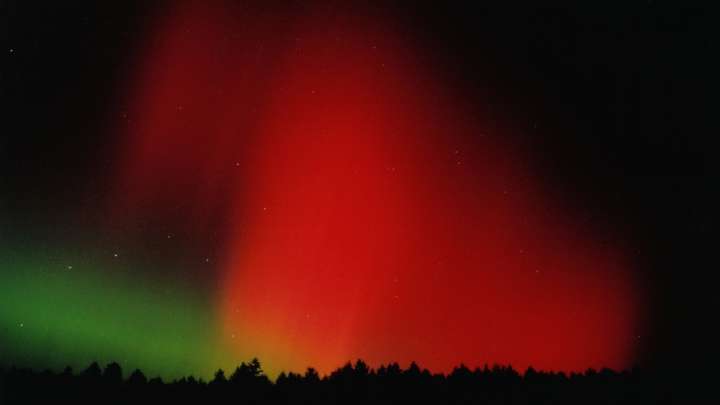 Partly mythical, partly factual, the Nihon shoki is the oldest official history of Japan, chronicling the country’s origin and subsequent development up to the end of the seventh century CE. In it can be found a description of a highly unusual astronomical event that scientists have been unable to explain, although a team of researchers now say they finally know what caused this fantastic phenomenon.

The odd spectacle is said to have manifested on December 30, 620 CE, when “a red sign appeared in heaven. The length was more than 1 jo (10 degrees). The shape was similar to a pheasant tail.” People diverted their gaze skyward in disbelief. “Is it a bird…?” they asked. Naturally, historians and astronomers have always assumed that this celestial quirk was probably caused by either an aurora or a comet, though neither of these explanations is particularly convincing.

For one thing, the aurora borealis – often referred to as the northern lights – don’t tend to look like pheasants’ tails, and are instead somewhat streaky in appearance. Comets, meanwhile, are not known to produce red light shows in the sky.

Writing in the Sokendai Review of Cultural and Social Studies, the study authors reveal how they searched the historical annals to find more recent descriptions of auroras over Japan, and found that some of these were said to have had a similar appearance. While the northern lights aren’t typically seen as far south as Japan, the researchers note that the ethereal spectacle may have been more common in 620 CE, as the Earth’s north pole was in a different location then, meaning Japan would have been closer to magnetic north than it is today.

Earth’s magnetic poles are in fact continually shifting as the planet’s churning iron outer core causes fluctuations in the north-south magnetic field. Every now and then, a magnetic field reversal occurs, whereby the north and south poles actually swap positions.

Auroras are caused by charged particles from the Sun smashing into Earth’s atmosphere. As these particles interact with different elements they produce different colors of light – with red being one possibility. Normally this dazzling display is only visible in the Arctic and Antarctic circles, which are located around 66.5 degrees north and south of the equator, although auroras are occasionally seen in non-polar regions.

Given the low possibility of a comet passing over Japan in December 620, and the even lower possibility that this could have given off a red light, the study authors conclude that the strange red pheasant tail was most likely caused by an aurora after all.

“Recent findings have shown that auroras can be ‘pheasant tail’ shaped specifically during great magnetic storms,” said study author Ryuho Kataoka in a statement. “This means that the 620 A.D. phenomenon was likely an aurora.”