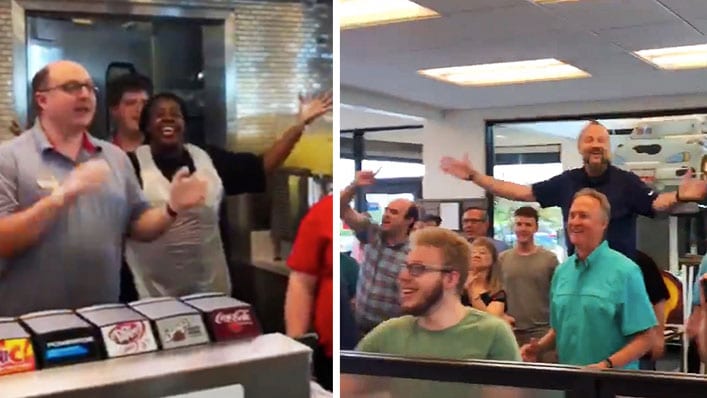 From their delectable crispy chicken sandwiches and signature waffle fries to their first-class employees delivering customer service with a smile, there’s a hardly a thing not to love about Chick-fil-A.

Ranked as the top fast-food restaurant in the country for the fourth year in a row, it’s clear that the Lord’s chicken is also America’s favorite.

And now, a San Antonio Chick-fil-A is giving customers another reason smile after a video featuring an a capella group singing “Lean on Me” went viral.

The footage features the men’s worship group breaking out in a harmonious sing-a-long to the Bill Withers’ hit single, while patrons and Chick-fil-A team workers join in the fun. The footage has already been viewed over 12 million times, spreading some much-needed infectious joy across the Internet.

Check it out for yourself below! And just TRY to not hit replay.