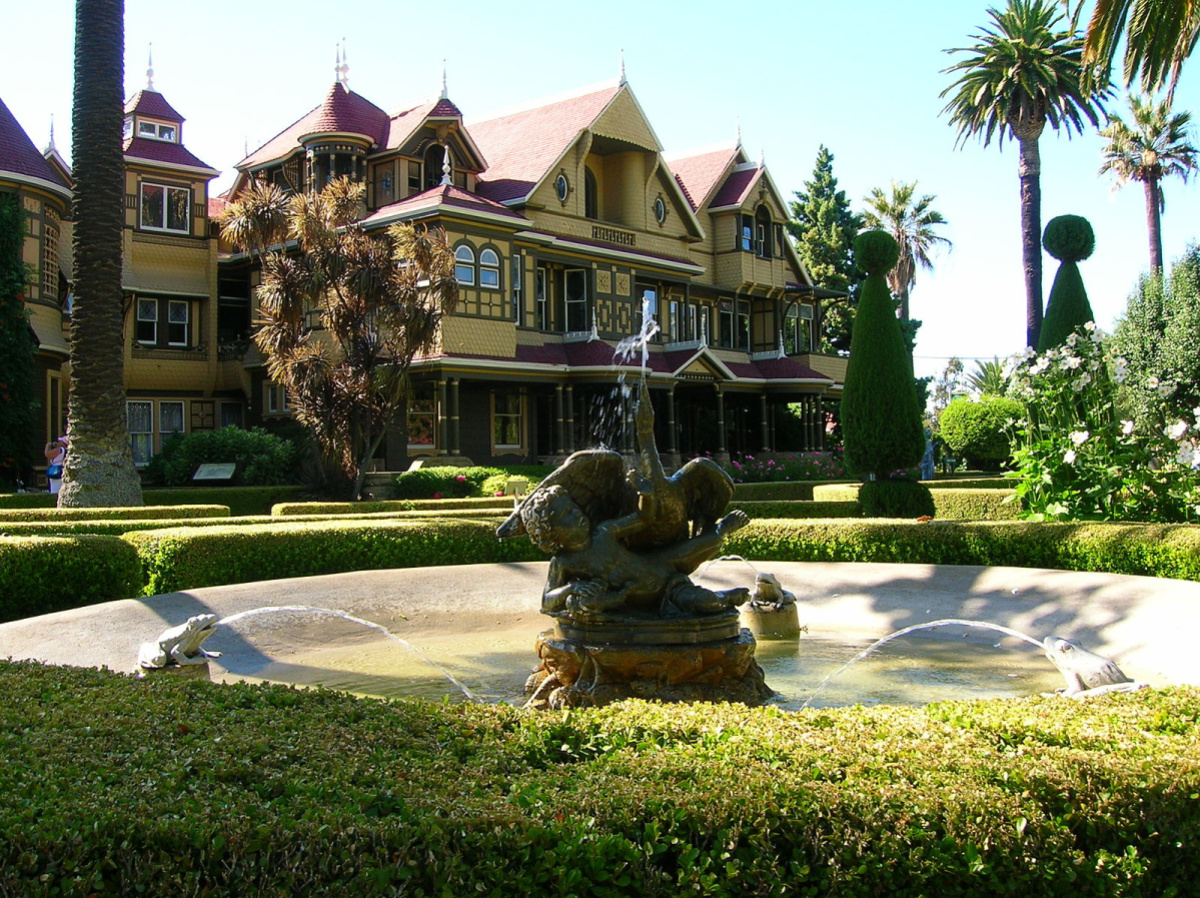 You might be stuck at home, but that doesn’t mean you can’t use this time to explore the world. To help combat quarantine boredom, many are offering free virtual services, such as concerts and tours. These video tours and virtual walk-throughs allow you to take a stroll through some of the eeriest places in existence.

One of the coolest places I’ve ever visited (and instantly became one of my favorites) is showing a free video tour of the estate on their website. Go look at this enchanting mystery house and then go watch the @buzzfeedunsolved episodes on it. #ghoulhunting 👻

Located in San Jose, California, this peculiar home is the former residence of Sarah Winchester, widow of the firearm tycoon William Wirt Winchester. William died in 1881, leaving Sarah an inheritance of US$20.5 million ($543 million in today’s money). Supposedly, a medium directed her to build a new home in the West and continue construction indefinitely for the spirits of those killed by Winchester firearms. The house was previously seven stories, but it was damaged in a 1906 earthquake. Today it stands four stories high and has 161 rooms, 40 bedrooms, two basement levels, and three elevators. Sarah didn’t use an architect and the layout wasn’t planned prior to construction, therefore the house has many oddities such as doors and stairways that lead to nowhere. The Winchester Mystery House is offering fans a free video tour through April 7th.

The Catacombs of Paris

Saw some old friends in Paris.

In the late 18th century, Paris’ cemeteries began transferring their contents due to overcrowding and infrastructure issues. A tunnel network was created to consolidate the city’s abandoned underground mines and the Parisian dead were relocated. The tunnels became known as the Catacombs and they house the remains of more than six million people. The Catacombs are closed for the time being but they released a virtual tour on their website.

In 1986, a nuclear reactor exploded near the Ukrainian city of Pripyat. The accident is considered the worst nuclear disaster in history and is rated as the highest level of severity based on the International Nuclear Event Scale. In the days following the explosion, Pripyat began evacuating. Residents were told to bring only essential items and believed the displacement would be short term. It was later deemed permanent and the belongings of evacuees are now scattered throughout the city. It’s unknown how many deaths will be a direct result of the radiation exposure, but estimates range from 4,000-16,000. The Chernobyl reactor will remain highly radioactive for up to 20,000 years, but one-day visits are permitted in low dosage areas under strict safety guidelines.

Located in Spring City, Pennsylvania, this psychiatric hospital admitted its first patient in 1908. Pennhurst’s Chief Physician was a leading eugenist with a long list of heinous opinions, such as the belief that anyone with disabilities had the potential to become a criminal. During a federal class-action lawsuit in the late 70s, it was determined that the conditions of Pennhurst were unsanitary, inhumane, and dangerous. The courts ruled that the hospital was in violation of patient’s Eighth and Fourteenth Amendment rights and used cruel and unusual punishment. Pennhurst officially closed in 1987.

During the Civil War, Fort Delaware was a prisoner-of-war camp that held Confederates. Roughly 2,500 prisoners died while incarcerated. It has been featured on the Sci-Fi shows Ghost Hunters and Ghost Hunters Academy as well as the British series Most Haunted.

November 29, 2021November 28, 2021
Tenants begin to look ahead after fire at their building CBC.ca Read more: www.cbc.ca