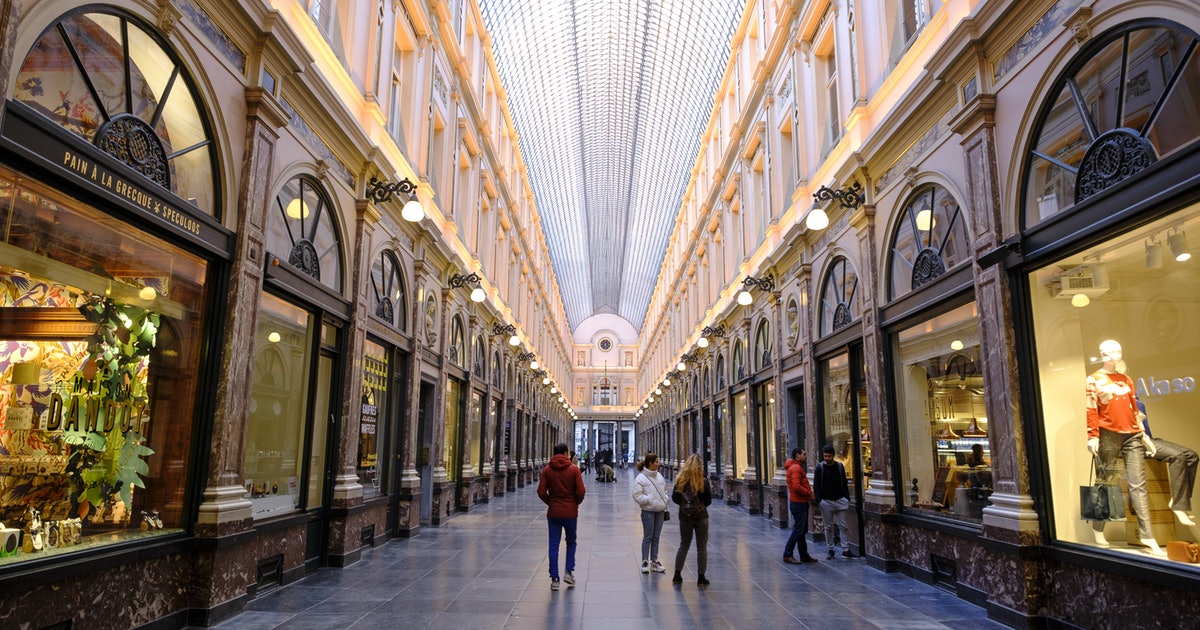 What Does “Social Distancing” Mean? These Coronavirus Terms Are Important To Know

As the number of those impacted by the coronavirus continues to rise around the world, it’s more important than ever to protect yourself and those around you by practicing good hygiene and taking preventative measures. After the World Health Organization (WHO) categorized the coronavirus and the disease it causes, COVID-19, as a pandemic on March 11, numerous businesses and schools have closed their doors, while major public events have been canceled in an attempt to limit the outbreak. But with all the changing information, you might be wondering what “social distancing” means, and why is it so crucial to “flatten the curve”? Here’s what to know about these important coronavirus terms so you can stay up to date on the latest information about this disease outbreak.

As of March 16, reported that there were 3,823 confirmed cases of the coronavirus in the United States, and that numerous states, including Washington and New York, had declared a state of emergency. With the number of cases growing by the day, both states and the federal government have leapt into action to control the spread of the coronavirus and reduce the strain on the country’s medical system. Here are the terms you should know to be as educated as possible about the outbreak.

According to the U.S. Centers for Disease Control and Prevention (CDC), social distancing is defined as “remaining out of congregate settings, avoiding mass gatherings, and maintaining distance (approximately six feet or two meters) from others when possible” to help prevent the spread of the coronavirus. “Congregate settings” are, essentially, any crowded, public place where there may be a lot of people, such as a sports stadium or a mall.

In short, it means keeping away from other people physically. Try to avoid crowded places like bars, parades, and sporting events — and if you really have to be out and about, keep a minimum distance of six feet away from anyone you interact with.

“Flattening the curve” might be the most important term to know right now. The phrase refers to graphs showing how quickly the virus is spreading, and what can happen under different action plans. A high, peaked curve on the graph indicates what will happen with no interventions to stop the spread of disease. Everyone who gets sick will do so at roughly the same time, which will overwhelm a health care system that’s not prepared to treat that many critical patients.

However, a “flattened” curve indicates people who get sick will do so over a more spread out period of time, which shows up on the graph as a wider bulge rather than a peak. Though the same number of people get sick on both curves, the longer time frame on the flatter one translates to the real-life ability to restock and replenish health care facilities. People can help flatten the curve through actions like social distancing, isolating themselves, and practicing good hygiene.

This is especially crucial because the world has already seen what happens when people take action to flatten the curve. In Italy, where the outbreak took hold hard and fast, the health care system is overwhelmed. The lack of health resources are leading to unnecessary deaths, as hospitals and doctors are reportedly forced to triage cases and even leave some patients without adequate care. On March 15 alone, more than 350 people died in Italy from coronavirus.

On March 11, WHO announced they were now classifying the coronavirus as a pandemic. Previously, they’d hesitated to label it as such due to fears of inciting panic, instead calling it a “global public health emergency.”

According to WHO, a pandemic is defined as the “worldwide spread of a new disease” across multiple regions or continents. This is a step up from an outbreak or epidemic, which is defined as a sudden increase in cases of disease beyond a normal baseline. While there’s no statistical measure that makes something a pandemic versus a health crisis, COVID-19 is the first disease to be called a pandemic since the H1N1 outbreak in 2009.

While the terms coronavirus and COVID-19 have been used interchangeably, they’re actually not quite the same. Coronavirus is used colloquially for the particular novel virus that everyone is talking about, which is officially called SARS-CoV-2. (“Coronavirus” is actually a family of viruses, which is why you might have seen it referred to as “novel coronavirus” as well.)

COVID-19, on the other hand, is the name of the disease it causes, a respiratory illness that can lead to health problems like pneumonia and organ failure.

The difference between quarantine versus isolation comes down to whether the person doing it is sick or healthy.

However, both mean being alone and indoors so as to prevent further spread of disease — so that part shouldn’t get confusing.

While it’s been used to refer to the political response to the coronavirus crisis, an inflection point is a scientific and statistical term. Generally speaking, an inflection point refers to a graph where the line switches from moving up to moving down, or vice versa. It also signals an event after which significant change occurs.

In reference to the coronavirus, this will be the point on charts of the virus’ spread where you’ll see a significant uptick as cases rise dramatically — or, preferably, drop off dramatically.

The definition of asymptomatic is not to show any signs of infection despite actually having a disease.

While some of the most common symptoms of the coronavirus include a fever and a dry cough, some people may be infected with it and not even know that they have it. According to studies reported by CNN on March 15, asymptomatic cases may be a larger driver of infection than experts had previously thought. That means it’s even more important to socially distance yourself and protect the most vulnerable members of the population, even if you don’t have any symptoms. Nevertheless, many people are reportedly defying health experts’ recommendations to stay indoors and away from others, and instead attending parties, going to bars, or otherwise mingling in public.

As of March 15, almost 40 states had declared a state of emergency in response to the coronavirus outbreak. President Donald Trump also announced a nationwide emergency on Friday, March 13.

A state of emergency acts as something of a financial cheat code for authorities, unlocking money and resources that they might not otherwise be able to use to deal with an emergency situation. On the state side, declaring a state of emergency makes it easier to access things like federal aid money and health supplies.

Nationally, it allows the federal government to, again, access money from other resources, as well as lift or alter regulations that may hamper emergency response. On March 13, Trump declared a state of emergency for the nation, which opened up some $50 billion in money the government can use to address the crisis. “The federal government declaring a state of emergency means that they can provide resources to the state that they otherwise wouldn’t provide,” Dr. Rachael Piltch-Loeb, a preparedness fellow at Harvard’s T.H. Chan School of Public Health, tells Elite Daily. The declaration also lifted some state licensing requirements in order to allow doctors to practice across state lines, which may help alleviate a shortage of medical professionals in hard-hit areas, among other actions.

If you think you’re showing , which include fever, shortness of breath, and cough, call your doctor before going to get tested. If you’re anxious about the virus’s spread in your community, visit the , or seek out mental health support. You can find all here.

This article was originally published on March 16, 2020