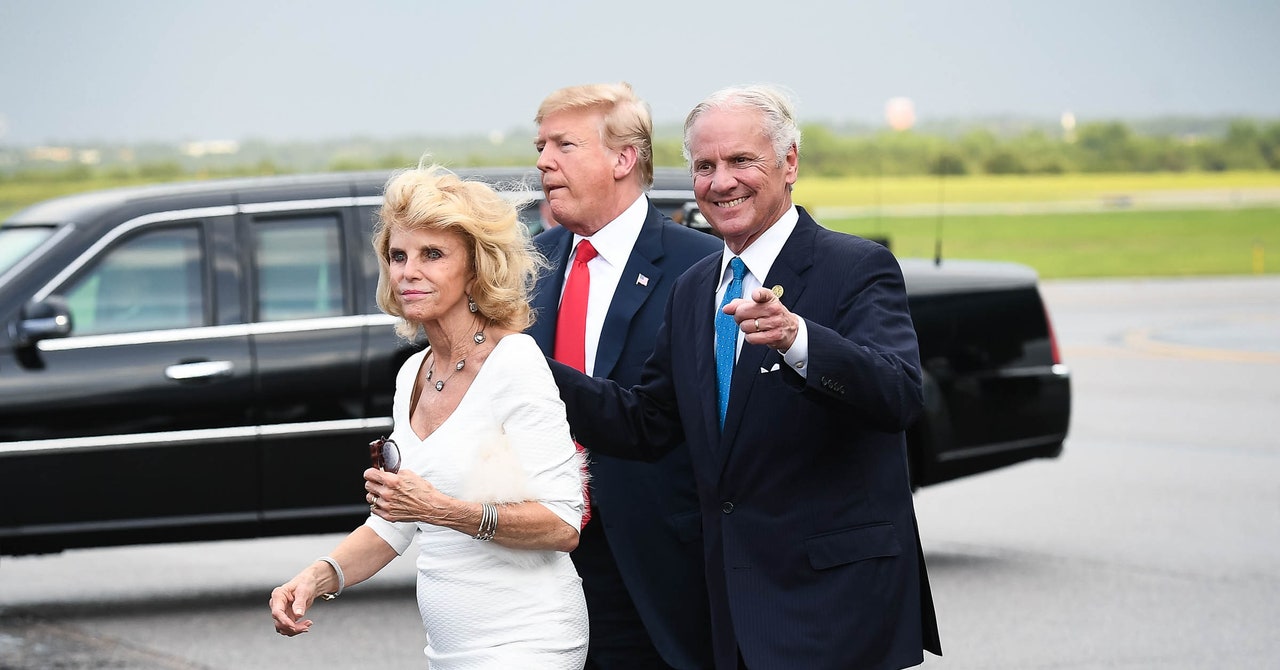 At that time, more than half of all Americans were living under state-issued shelter-in-place orders in an attempt to curb the spread of the novel coronavirus. Ivey had not issued such an order. And she had no plans to, she said on a press call.

“Y’all, we are not Louisiana, we are not New York state, we are not California,” Ivey said, emphasizing the devastating impact more stringent social distancing measures could have on the state’s economy. “Right now is not the time to order people to shelter in place.”

Her own lieutenant governor disagreed. The day before, Will Ainsworth wrote a memo to Ivey’s pandemic task force sharply criticizing the governor’s piecemeal response to the crisis and urging stricter social distancing measures. “A tsunami of hospital patients is likely to fall upon Alabama in the not too distant future,” Ainsworth wrote, saying the governor’s task force and the state “are not taking a realistic view” of the crisis. “Time is our enemy, and each moment that we lose by not preparing for the coming deluge will result in the loss of life and the crippling of our healthcare infrastructure.”

By now, the spreading pandemic has led state and local officials to order more than two-thirds of Americans to shelter in place. But some states have resisted, even as the virus’s toll mounts. In Alabama, Florida, Mississippi, Oklahoma, South Carolina, and South Dakota, calls from public health experts to institute strict social distancing measures have largely fallen on deaf ears.

Instead, governors in these states have opted for a more laissez-faire approach, putting the onus of high-stakes public health decisions on city and county officials. As the disease’s toll worsens, some governors have implemented piecemeal strategies—temporarily closing some businesses and public spaces, or issuing shelter-in-place orders for a portion of the state—but it’s far from enough, experts say.

“One thing that this outbreak reminds us of is that infectious diseases observe no borders—and that's true if they’re international borders, state borders, or county lines for that matter,” said Ben Lopman, a professor of epidemiology and environmental health at Emory University’s Rollins School of Public Health. “At this point, you really can’t be too aggressive in control measures in terms of having an impact on the trajectory of this epidemic … We’re in this exponential growth phase [where] any time lost—any transmission that is allowed to happen in the community—will have ripple effects for weeks to come.”

“Y’all, we are not Louisiana, we are not New York state, we are not California. Right now is not the time to order people to shelter in place.”

In Florida, where the number of confirmed cases topped 6,300 as of Tuesday, with 77 deaths, Governor Ron DeSantis has faced criticism from Democrats in the Florida Senate, former governor Rick Scott who is now a US Senator, and groups of health care workers over his reluctance to issue a state-wide shelter-in-place order, citing potential economic and social drawbacks. DeSantis declined to cancel spring break activities earlier this month, when thousands of young people crowded onto Florida beaches.

“That is the dumbest shit I have heard in a long time,” state senator Oscar Braynon said of DeSantis’ behavior on March 24, after the governor ignored calls for a shelter-in-place order in favor of instituting travel restrictions on visitors from coronavirus hot spots, such as New York. “This is a day-by-day crisis.”

DeSantis said on March 23 that he did not think a statewide shelter-in-place order was necessary as "this is not a virus that's impacting every corner of the state." He doubled down on the decision on Tuesday, adding that the White House has not recommended a statewide order. On Wednesday, after this article was initially published, DeSantis reversed himself, and issued a statewide shelter in place order, effective April 2.

Should I Stop Ordering Packages? (And Other Covid-19 FAQs)

Plus: What it means to “flatten the curve,” and everything else you need to know about the coronavirus.

Some governors have complicated local officials’ efforts to contain the virus. Mississippi governor Tate Reeves on March 24 signed an executive order declaring most types of businesses “essential” and thus exempt from local mandatory closures. The original text of the order led local officials who had adopted shelter-in-place orders to believe that their ordinances had been superseded. Two days later, Reeves issued an addendum to his order clarifying that local officials could still adopt their own lists for which businesses could remain open.

In an interview with Mississippi Today on Monday, Reeves defended his handling of the crisis and his decision not to issue a statewide shelter-in-place order. “What’s happening in New York, California, and Washington, and particularly in where they are in the cycle and the curve, is very different than what’s happening in Mississippi and Alabama and other Southern states,” Reeves said, adding that when he reached out to the White House, members of the task force headed by Vice President Mike Pence recommended that he not issue a statewide order.

The inconsistency among and within states “is a pretty direct reflection of the absence of clear federal guidance.”

The inconsistency among and within states “is a pretty direct reflection of the absence of clear federal guidance,” says Jeremy Konyndyk, a senior policy fellow at the Center for Global Development and a member of a World Health Organization committee on health emergencies. “The president had more or less told the states to just go figure it out on their own. And we were hearing from the mayors' and the governors' offices that we were talking to, that they felt they were sort of flying blind.”

The Center for Global Development, with outside experts, created a comprehensive guide to help local officials develop effective strategies to combat the outbreak in the absence of federal guidance. Konyndyk says that he and his coauthors have been surprised at the outpouring of demand from local officials in the US and abroad since the guide was released in late March.

Konyndyk calls it “pretty concerning” that local officials must “depend on this kind of a spontaneously organized effort for guidance.” More than 200 people attended a webinar for local officials Konyndyk hosted Tuesday with Seattle mayor Jenny Durkan. At the event, Durkan emphasized the challenges faced by Washington officials in developing a consistent, coordinated statewide response while wrangling the state’s many mayors and local officials.

“If you don't have that consistent approach, then you basically have a lowest-common-denominator approach, and whoever is making the weakest decisions puts everyone else at risk,” said Konyndyk. “You can see that with Florida.”

Updated, 4-1-20, 2:45pm ET: This article has been updated to reflect the shelter in place order issued by Florida Governor Ron DeSantis on April 1.

WIRED is providing free access to stories about public health and how to protect yourself during the coronavirus pandemic. Sign up for our Coronavirus Update newsletter for the latest updates, and subscribe to support our journalism.