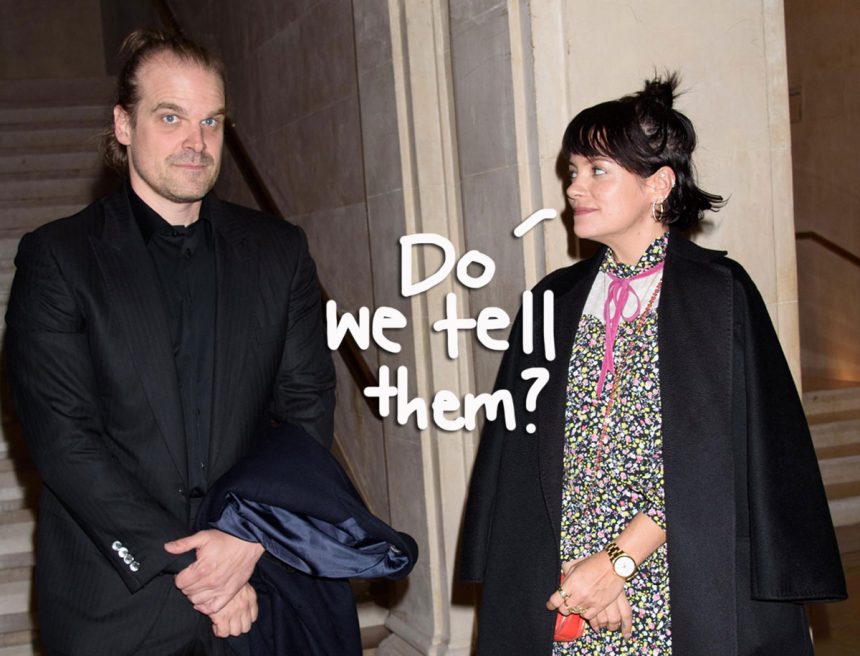 The Stranger Things star made a surprise in-person appearance during the singer’s Instagram Live chat on Wednesday, and as it turns out, he had just flown into the UK so they could spend their time in quarantine together after starting it apart.

While the couple has yet to confirm any sort of engagement, it didn’t stop Lily from flashing her gorgeous rock throughout the live stream. In fact, she may have let it slip they’re married???? When poking fun that her last album, No Shame, might have only sold 5,000 copies, the momma of two joked:

“That’s how bad things are these days. You think you married a pop star? You didn’t!”

Maybe less than a second later, she caught herself, clarifying:

“Not that we’re married! We’re not married, I just want to make sure you know.”

David didn’t help matters when he continued the conversation with, “But you are my wife.” “Yes, we do pretend,” Lily added. At least they recovered quickly?? However, that was the last of them teasing they might have secretly gotten hitched, which just means it’s only the beginning of the speculation…

Watch their live stream (below):

David & Lily’s live on 3.18.20 It makes me so happy to see these two together again and smiling so much! We all need our loved ones right now. 🥰

For those who may not be up to date with their love timeline, the pair were first linked only in August 2019, just weeks after Harbour split from Alison Sudol. Again, no confirmation, even as they were spotted attending the same events together before they were photographed locking lips in October. The engagement rumors then started ramping up in late November when Allen was seen rocking a diamond on that finger!

So, what can we say?? These two clearly like to keep their relationship low-key, but it’s obvious they’re having a hard time not spilling the tea! In that single IG Live alone, Lily sparked marriage rumors and David let the name of her fifth album slip! You’ll have to watch (above) for that!

Our guess is it’s only a matter of time before they casually come out with the big news they got married… or are planning on getting married once coronavirus is long gone! Thoughts, Perezcious readers?? Is it ever too soon to walk down the aisle with someone? Once you know, you know, right? Sound OFF in the comments (below)! 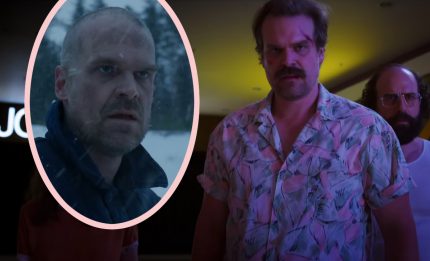 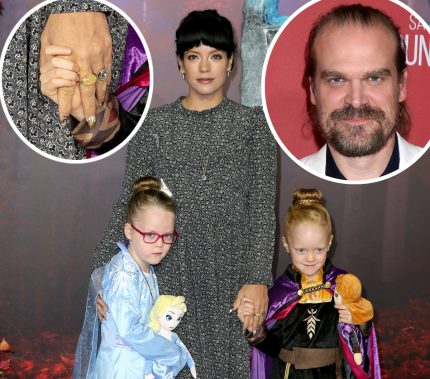 Lily Allen & David Harbour Spark Engagement Rumors After She Steps Out With A Ring On THAT Finger!