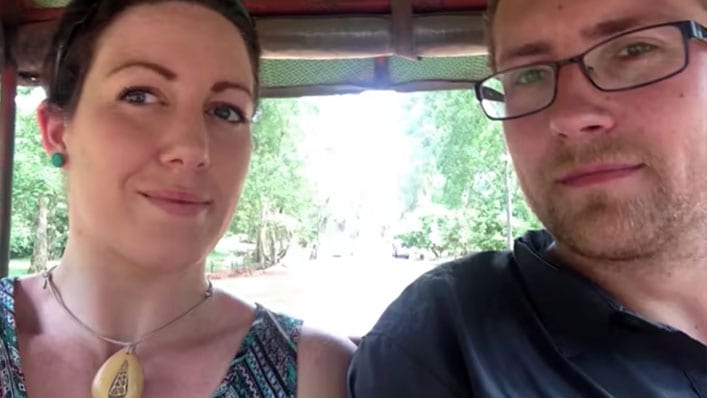 It’s a pretty regular thing to scroll through Facebook and see one of two things: baby announcements and extravagant proposals.

Proposing is no small task, especially when it comes to performing the most unexpected surprise of your girl’s life.

An Australian woman learned that she had been wearing her engagement ring for over a year, and didn’t even know it.

For their one year dating anniversary, Terry gave his girlfriend Anna a necklace. Unbeknownst to her, she was also given her engagement ring at the same time—it was housed inside the necklace.

“I had always loved the idea of giving someone a gift where they didn’t know its true value until years later,” Terry told ABC News.

He says that Anna wore it every day and rarely took it off.

And I mean RARELY…

Terry documented Anna’s adorable daily dedication to wearing the homemade gift in a viral video that has stolen hearts across the web.

When the time came for Terry to pop the question, Anna was hit with the DOUBLE WHAMMY of all surprises.

“A year and a half later, we traveled to Smoo Cave in Northern Scotland, a place we had always talked about visiting,” said Terry.

“Wait…it’s been in there the entire time?” Anna replied to Terry’s proposal before of course saying “YES” to her now-fiancé.

And just as a cherry on top of his grand romantic gesture, her fiancé cued us in on one more little secret up his sleeve…

The couple says they hope to get married in a couple of years. We can’t imagine the hidden surprises that are in store for their marriage!