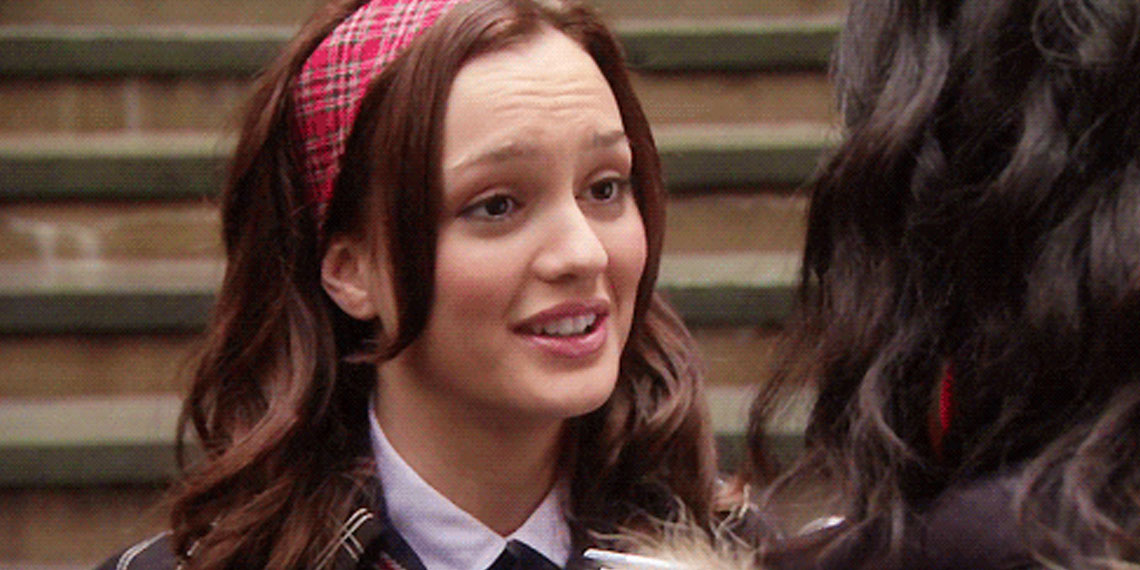 With coronavirus ruining all of my springtime plans, I’ve officially reached my limit on self-entertainment. A girl can only buy so many new bags and eat so much caviar in one day, especially when my private pilot refuses to fly me to France. People are just so rude these days. Anyway, in order to get myself through this depressing time, I’m turning to Manhattan’s elite because if anyone’s wreaking havoc during this quarantine, it’s going to be them. Being hot and wealthy is just so predictable. Still, what our favorites lack in originality, they make up for in scandal, and for that, I’m ever so thankful.

While being quarantined has ruined my social life, my waistline, and my overall wellbeing, there has been one perk: I’ve had plenty of time to come out of retirement and dig into what Serena, Blair, Chuck, and Nate are up to, as well as a few of their wannabes. No, they’re not the top four, but honestly, I’m so bored, I even care what Ivy is doing atm. Desperate times, kiddies.

So, how *are* the charmed students, families, and alumni of Constance and St. Jude’s faring? With endless money, time, and resources, you can bet they’re getting into all kinds of trouble and I, for one, couldn’t be happier. Buckle up, it’s going to be a dramatic reunion.

Queen Bee has made it her sole mission to find the cure to coronavirus which will, obviously, land her a spot in Yale’s upcoming graduate class. Looks like our girl can’t take the hint that Yale blue doesn’t compliment her complexion. Still, something as simple as not being invited has never stopped her before. While utilizing Chuck’s world resources to pull from the best minds around, Blair is running around NYC with Dorota in tow, yelling at anyone who is outside while, you know, being outside herself.

When B isn’t breathing down Nelly Yuki’s neck asking for cure updates or making Penelope go to her favorite restaurants and insist the chefs cook her favorite dishes (despite closing their doors), she’s not social distancing with Chuck, whenever he actually texts her back and leaves his speakeasy, that is. Some things never change.

While Serena had the best intentions to stay home and not brush her hair, one glance from a hot guy walking past her apartment lobby and all thoughts of social distancing immediately went to sh*t. Talk about predictable, S. Afraid everyone would judge her (and rightfully so), she didn’t tell anyone where she was going or who she was going with, but from the looks of her Instagram, she’s somewhere sunny and acting all kinds of scandalous. I hope wherever Lonely Boy is hiding out, he doesn’t have wifi…

Speaking of Lonely Boy… on one hand, Dan wants to do something to help society, he really does. But on the other hand, he’s also pretty busy judging other people for not doing enough to help. He’s left about a million messages on Serena’s phone and won’t stop telling Jenny off for leaving the loft (even though let’s be real, one text from S will have Lonely Boy running).

Despite knowing who started the entire coronavirus pandemic, Dan’s going to do nothing to save the world and will use this information to further move his writing career forward. Aren’t two books and a whole bunch of ruined relationships enough? Hopefully this time he’ll impress Serena enough. Just don’t ask what she was doing while she’s been away. Actually, do. I could use a good lover’s spat right about now.

Few things ruffle Nate’s pretty little feathers, and a quarantine definitely isn’t going to cause him any grief. His wake and bake schedule has been pretty uninterrupted, and it wasn’t until a few days ago that he learned he wasn’t actually supposed to go outside. His string of just-barely-legal hookups keep him busy, because let’s be real, he’s sleeping with the generation that DGAF about staying inside. At least it’s not a mom or a married woman this time, right Nate?

While bars and restaurants have closed down, Chuck’s speakeasy is absolutely flourishing in this time of quarantine. Illegally, of course. Nothing makes people thirsty quite like a pandemic. Charging $1,000 per head just to get in, his bar is the place where people who have no morals, self-control, or empathy go to get some of the most expensive lap dances in NYC. Wonder what B thinks of this endeavor? Keeping him busy and happy might be the only way to ensure he doesn’t dump her, gaslight her, or whore her out in a business deal. Again. Might be time to just cut the cord, B. Everyone knows that mother chucker isn’t best for you in the long-run.

After designing a line of chic hazmat suits, it seems Jenny is the pariah of the fashion industry. Didn’t you know? Only those born wealthy get to be insensitive, J. Blair has officially declared war, Jenny’s job at Waldorf Designs is on the brink, and she’s threatening to leave New York, again. The crazy part? Her looks are actually low-key cute, but since she’s already been blacklisted by Blair, there’s not much any of us can do. Poor Little J.

After about 1 day inside, Georgina was starting to feel too much like “a stay-at-home mom,” so she donned a blonde wig and is running around Manhattan impersonating Serena. From coughing on elderly people to buying out all of the vegan baby food in the city to sell at a premium and attempting to entrap Dan in some sort of sexual tryst at Chuck’s club, she’s taking no prisoners and leaving no chaotic stone unturned. I’m calling an SOS for anyone who gets in her way.

Luckily, Lonely Boy is most likely too busy being a pretentious prick to fall for her schemes. Still, I have a feeling that’s not going to stop G from trying.

It should come as absolutely no shock that Rufus is spending the quarantine forcing waffles and stories of his touring days down everyone in the loft’s throats. It’s gotten to the point that Jenny, Dan, and Lily have all risked virus exposure to get away from him and his comfort carbs. Ugh. Brooklynites.

Who? Just kidding. While she might seem totally irrelevant, Vanessa is using this time to really work on herself and her filmmaking. Sure, she’s nowhere near the Upper East Side because everyone hates her, but maybe once society is running again and she wins some sort of indie film award, Dan will finally love her more than Serena. Good luck!

All this extra time spent at home with Lily has given Eric ample opportunity to grow some more janky facial hair and frost his tips. What else is he doing? No one cares, but you can bet it involves a semi-attractive guy and lots of judgment from his mother.

After leaving her (ex?) husband/lover in the loft, Lily has returned to her apartment on the Upper East Side and is planning on hosting a coronavirus charity function to raise money for the cause. I mean, sure, getting a whole bunch of rich bitches together to drink champagne and potentially expose each other and the caterers isn’t ideal, but that hasn’t stopped her yet. (Amazingly, neither has the CDC.)

Each guest will be given a gift bag with Louis Vuitton embossed toilet paper, and Lily will spend the event lying to her guests saying that Serena is volunteering in Europe to help those in need. This is one party I’m absolutely RSVPing to.

Aw! Ivy! How we haven’t missed you. In an effort to “get back in with the gang,” Ivy has given herself over to Blair’s cause. She’s willingly been infected with coronavirus so the Waldorf-Bass team can study her. No one’s too worried about the long-term effects of just injecting her with a whole bunch of sh*t, and honestly, Ivy’s cool with it because this way she can at least feel something.

Even in the middle of a worldwide crisis, Penelope is too busy brown-nosing Blair to do anything of real value. Better luck next pandemic, P.

Dorota’s “free time” is spent trailing after Blair, trying to avoid infecting her family even though she’s hasn’t even been remotely practicing social distancing, and drinking lots of vodka. Sure, she’s maybe developed a slight drinking problem while under quarantine (the fact that Blair isn’t letting her self-quarantine probably has something to do with it) but honestly, haven’t we all?

As much as Blair doesn’t want to utilize Nelly (and as much as Nelly doesn’t want to help Blair), the two have teamed up to cure coronavirus. Nelly is the head researcher on the Waldorf-Bass team, and while she’s doing it to like, help people, she’s also hoping this will finally make Dan notice her. For a guy who has a serious chip on his shoulder, he sure does have a lot of girls chasing after him. Still, with Blair and Nelly working together (and Chuck footing the bill), we might actually have a shot of beating this thing. Guess brains, money, and power really might save the world. Go get ’em, B.

Is Bart really dead? Was he behind the global pandemic? Did he bring the virus over to get back at Lily for leaving him and is hoping to cause an economic crisis to then poach the stock market? That’s a secret I’ll never tell. Xoxo.