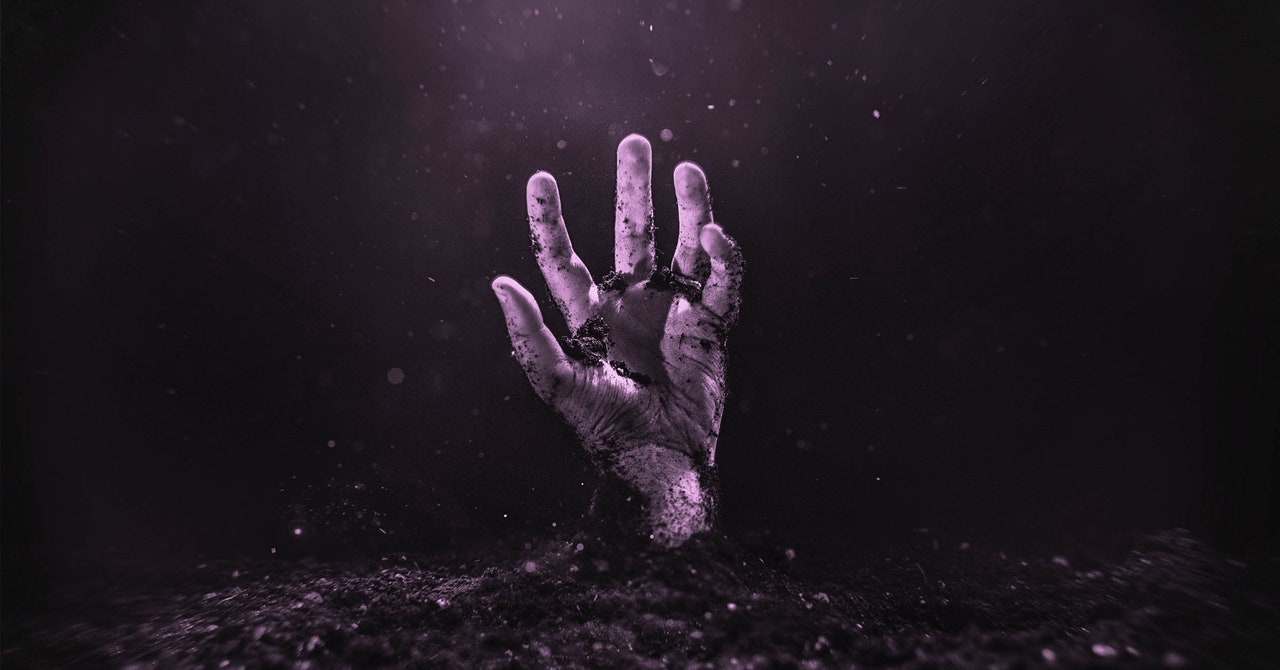 The idea of imminent annihilating catastrophe has been part of the collective unconscious for as long as we've had one. From the end date of the Mayan calendar to the Epic of Gilgamesh, from the Genesis flood to the Book of Revelation, humans have been haunted by the idea of the end of everything for a very, very long time. Lately, it’s been our default popular entertainment. Raised with the threat of global warming in the teeth of a financial crisis, we sat stunned and exhausted, watching our civilization die on screen again and again. More post-apocalyptic entertainment has come out in the beginning of this century than in the entirety of the last one. The Day After Tomorrow. Zombieland. The Walking Dead. The Road. Children of Men. The Last of Us. The same story again and again, somewhere between wish fulfillment and trauma rehearsal, getting us used to the idea that the future was canceled, that someday soon everything would collapse, and there would be nothing left and nothing we could do about it.

Tell Us Your Pandemic Stories for Our Oral History

Writer Garrett Graff is seeking stories from a wide range of US residents to compile a portrait of a nation in the grip of Covid-19. Send us yours.

Ever since I was a twitchy, morbid child, I have kept a private tally of the things I thought I might miss most when the world ended, so that I could be sure to enjoy them as much as possible. Hot showers. Pottering around the shops. Bananas—I didn’t anticipate being a survivor in any country where bananas grow. In fact, I didn’t anticipate being a survivor at all. I am a puny, sensitive creature, and my best hope was that my tall and intimidating sister would sling me over one shoulder while blowing up the baddies one-handed. I just assumed that we’d be together, not stuck on different continents. Funny how things turn out.

Covid-19 changed everything. Suddenly, the immense and frightening upheaval, the cataclysm that means nothing can go back to normal, is here, and it’s so different from what we imagined. I was expecting Half-Life. I was expecting World War Z. I’ve been dressing like I’m in The Matrix since 2003. I was not expecting to be facing this sort of thing in snuggly socks and a dressing gown, thousands of miles from home, trying not to panic and craving a proper cup of tea. This apocalypse is less Danny Boyle and more Douglas Adams.

There’s an important difference between apocalypse and a catastrophe. A catastrophe is total devastation, with nothing left and nothing learned. “Apocalypse”—especially in the biblical sense—means a time of crisis and change, of hidden truths revealed. A time, quite literally, of revelation. When we talked about the end of every certainty, we were not expecting any revelation. We were not expecting it to be so silly, so sweet, and so sad.

“‘It is easier to imagine the end of the world than the end of capitalism.” That’s the slogan that swarmed around the world 10 years ago, during the Occupy movements. Attributed variously to Frederic Jameson and Slavoj Žižek, I first had it explained to me by overexcited underslept young activists who, like the rest of us, had spent their lives watching New York and London and Washington and Tokyo blow up and burn down on screen but had never had space to imagine a future that did not include decades of striving to service lifelong debts. Capitalism requires this of us. Capitalism cannot imagine a future beyond itself that isn’t utter butchery.

This is because late capitalism has always been a death cult. The tiny-minded incompetents in charge cannot handle a problem that can’t be fixed simply by sacrificing poor, vulnerable, and otherwise expendable individuals. Faced with a crisis they can’t solve with violence, they dithered and whined and wasted time that can and will be counted in corpses. There has been no vision, because these men never imagined the future beyond the image of themselves on top of the human heap, cast in gold. For weeks, the speeches from podiums have suggested that a certain amount of brutal death is a reasonable price for other people to pay to protect the current financial system. The airwaves have been full of spineless right-wing zealots so focused on putting the win in social Darwinism that they keep accidentally saying the quiet bit out loud.

The quiet bit is this: To the rich and stupid, many of the economic measures necessary to stop this virus are so unthinkable that it would be preferable for millions to die. This is extravagantly wrong on more than just a moral level—forcing sick and contagious people back to work to save Wall Street puts all of us at risk. It is not only easier for these overpromoted imbeciles to imagine the end of the world than a single restriction on capitalism—they would actively prefer it.

The right, of course, has never had a monopoly on catastrophist fever dreams. The idea of a cleansing armageddon that instantly erases all the awkward parts of modernity, all the weary years of work and compromise between where we are and where we’d like to be, is universal, and universally childish. I’ve spent far too much time listening to drunk hipsters with retro-Soviet facial hair tell me there’s no point in feminism or anti-racism, because all of that will be fixed after the giant, bloody workers’ revolution that is absolutely on the way, so really it doesn’t matter how we treat each other in the present. You can hear the same gleeful anticipation in the rhetoric of “dark green” eco-fundamentalist groups, which right now are outpacing religious extremists in their rush to claim the coronavirus as nature’s revenge on humanity. If you are really so keen to be punished, there are websites for that. If you find yourself eager to see the whole species punished, that’s not a fetish, that’s fascism.

Pop culture catastrophism didn’t prepare us for this. “Look, this isn’t a movie,” as one furious Italian mayor, broadcasting from his front room, put it last week. “You are not Will Smith in I Am Legend.” For one thing, it’s so relentlessly social. Most of our collective post-apocalyptic visions have in common the fantasy of the world becoming smaller. Our heroes—usually white, straight men with traditional nuclear families to protect—are cut off from the rest of the world; the daydream is of finally shaking off the chains of civilization and becoming the valiant protector and/or tribal warrior they were made to be. And part of that catastrophe fantasy is relief—marauding biker gangs in bondage gear might want to murder you for half a tank of diesel and a sandwich, but at least you don’t have to worry about your credit history anymore. Or your college debt. Or your neighbors.

Instead, the world feels larger, not smaller. Right now, with over a third of the world on some sort of lockdown, with the entire world going through some version of the same crisis at once, we are suddenly frantic to touch one another. It seems more important to reconnect with friends. It seems more important than ever to be sweet and silly. We all know someone who’s stuck in a house by themselves, trying not to go bonkers. We all know someone who’s stuck in a house with someone awful, trying to survive the hotboxing of an already toxic relationships. And many of us, by now, know someone who’s sick.

Shit-hits-the-fan escapism—a big part of the alt-right imaginary—never predicted this. I have lurked in countless stagnant ideological internet back-alleys where young men excitedly talk about the coming end of civilization, where men can be real men again, and women will need protectors. How inconvenient, then, that when this world-inverting crisis finally showed up, we weren't given an enemy we could fight with our hands (wash your hands).

The end of the world has never been quite so simple a mythos for women, likely because most of us know that when social structures crack and shatter, what happens isn’t an instant reversion to muscular state-of-naturism. What happens is that women and carers of all genders quietly exhaust themselves filling in the gaps, trying to save as many people as possible from physical and mental collapse. The people on the frontline are not fighters. They are healers and carers. The very people whose work is rarely paid in proportion to its importance are the ones we really need when the dung hits the Dyson. Nurses, doctors, cleaners, drivers. Emotional and domestic labor have never been part of the grand story men have told themselves about the destiny of the species—not even when they imagine its grave.

In the end, it will not be butchery. Instead it will be bakery, as everyone has apparently decided that the best thing to do when the world lurches sideways is learn to make bread. Yeast is gone from the shops. Even I have been acting out in the kitchen, although my baked goods are legendarily dreadful. A friend and former roommate, who knows me well, called from Berlin to ask if I had “made the terrible, horrible biscuits yet.” These misfortune cookies tend to happen at moments of such extreme stress that those around me feel obliged to eat them. They say that if you can make a cake, you can make a bomb; if the whole thing implodes, my job will not be in munitions.

My job will be the same as yours and everyone else’s: to be kind, to stay calm, and to take care of whoever happens to need taking care of in my immediate vicinity. We have been living for many, many years in what Gramsci called a time of monsters, where “the old is dying and the new cannot be born.” The new is now being induced in a hurry, because after this, nothing is going back to normal. It’s the end of the world as we know it, and everything does feel fine—not fine like chill, but fine like china, like glass, like thread. Everything feels so fine, and so fragile, and so shockingly worth saving.