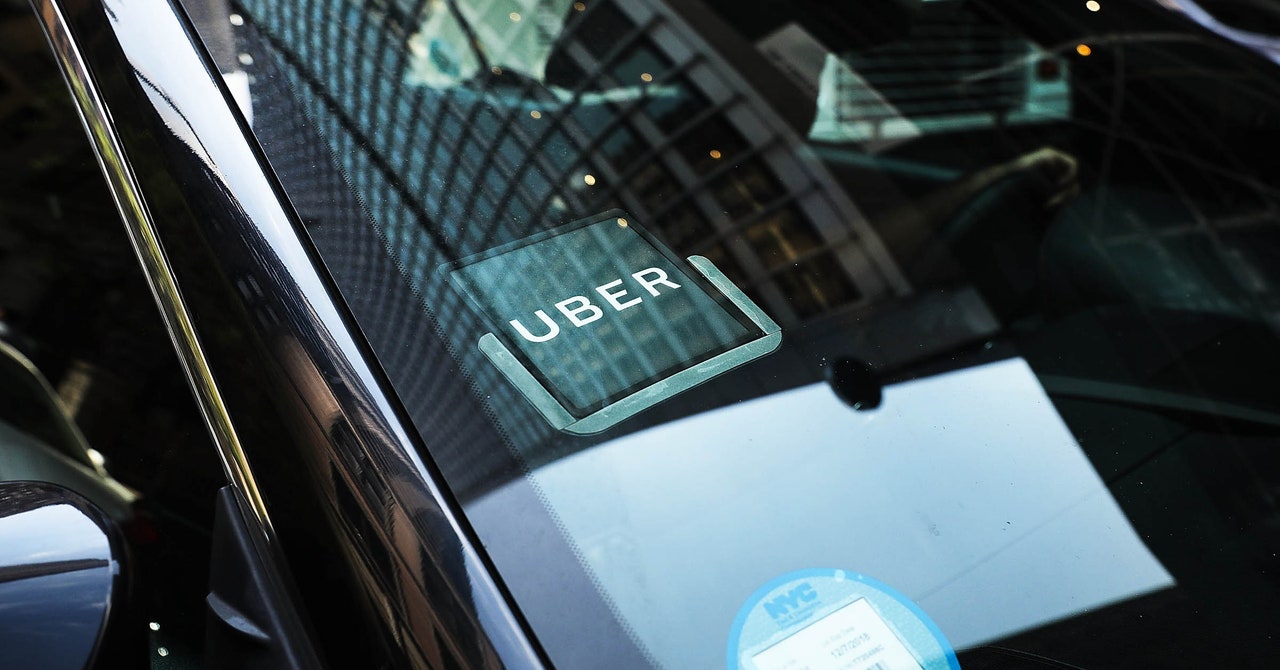 Today, many gig workers are considered independent contractors, not entitled to workers’ compensation, health care benefits, or sick pay. Because their employers don't pay into unemployment insurance, the workers haven’t been able to obtain those benefits either. Many app-based companies have established relief funds to support sick and quarantined drivers, though spokespeople for Uber, Lyft, and Postmates declined to say how much money they have given out, or to how many workers. But many workers say the system incentivizes them to drive when they may be sick, until they are too ill to get behind the wheel or deliver food.

The relief bill Trump signed allows independent contractors to receive unemployment benefits on par with other workers. In a letter to the White House earlier in the week, Uber CEO Dara Khosrowshahi advocated for including gig workers. He also urged lawmakers’ to consider a third category of employment for gig workers, a request that was not included in the final bill. But the unemployment checks won’t arrive in workers’ mailboxes for weeks.

That may not be fast enough for drivers like Jewel Davis, a Seattle-based Uber and Lyft driver. Early in March, she began supplementing her regular Lysol cleanings with gloves, squeezes of hand sanitizer, and disinfectant wipes. Then, in the middle of the month, she stopped driving after feeling some tightness in her chest. She was particularly nervous about the coronavirus because of a history of lung-related illness.

Even before she hung up her keys, the number of riders in Seattle had plunged, which meant her paycheck had too. That’s true elsewhere. In New York City, weekly income has dropped by 65 percent, according to a survey of 347 drivers conducted last week by the local Independent Drivers Guild. “Drivers are very scared and confused and anxious at the same time,” says Aziz Bah, a driver and organizer with the guild. As drivers wait for government help, guild volunteers manning the organization’s 24-hour hotline are pointing them to local food pantries.

The opposite is true of some app-based workers who deliver for companies like Instacart, Uber Eats, DoorDash, Postmates, and Amazon Flex, as demand for deliveries surges. Instacart said last week it would hire 300,000 new shoppers in the next three months to handle demand.

But some Instacart workers worry about their working conditions. A group has called for an emergency strike on Monday, if the company does not give workers hazard pay and free hand sanitizer and disinfectant. The group also wants sick pay for Instacart workers who have not yet been diagnosed with the virus but who are at higher risk because of preexisting conditions. An Instacart spokesperson said the company “absolutely respects the rights of shoppers to provide us feedback and voice their concerns.” Instacart, which had previously agreed to pay workers for 14 days if they were diagnosed with Covid-19 or ordered to quarantine, extended that offer to 30 days after news of the planned strike broke. It also said it would give additional bonuses to in-store shoppers, shift leads, and site managers who continue to work.

Ride-hail drivers and their advocates are agitating for other solutions. In California, the effort has focused on enforcing Assembly Bill 5, a state law implemented this year that limits companies’ ability to classify workers as contractors. In two separate cases, an Uber driver and a Lyft driver last week asked federal judges to intervene in enforcing AB 5 and force the companies to treat their drivers as employees.

Tell Us Your Pandemic Stories for Our Oral History

Writer Garrett Graff is seeking stories from a wide range of US residents to compile a portrait of a nation in the grip of Covid-19. Send us yours.

“Uber’s and Lyft’s failure to provide for their employees has been exacerbating the coronavirus crisis,” says Shannon Liss-Riordan, the attorney representing the drivers in both lawsuits. The emergency motions have been fast-tracked by the courts.

In a statement, Lyft spokesperson Adrian Durbin said the drivers’ lawyers are “improperly trying to use this crisis” to gain benefits “the courts have repeatedly denied them in the past.” He said forcing Lyft to change its business model in the midst of the pandemic would put drivers out of work. Uber did not respond to a request for comment.

Rideshare Drivers United, a Los Angeles-based group that represents some 12,000 drivers, is pushing drivers to submit wage claims to the California Labor Commission, arguing that the ride-hail companies have “misclassified” workers who should be able to recoup expenses and back pay. Using similar reasoning, the group is urging drivers to appeal unemployment claims that were denied before the new federal law was enacted. “The faster drivers apply for [unemployment], and the faster they appeal, the faster they have money to feed their kids and pay the rent,” says Nicole Moore, a part-time driver and organizer for the group.

Loree Levy, a spokesperson for California’s Employment Development Department, said in a statement that the office is ramping up its processing abilities, in part by “adjusting eligibility to address this unique situation.” Typically, independent contractors are not eligible for unemployment because their employers do not pay into the system. Levy did not respond to specific questions about how the office is handling claims from ride-hail drivers. Last week, the office saw a 363 percent spike in processed unemployment insurance claims.

In Seattle, Jewel Davis is still not sure how she will pay her weekly car payment. She has reached an agreement with her landlord—another ride-hail driver—to delay rent, but it will need to be paid eventually. Early last week, she visited the hospital, where she received a diagnosis of pneumonia and took a test to see if she has the novel coronavirus. On Friday she got her results: negative.