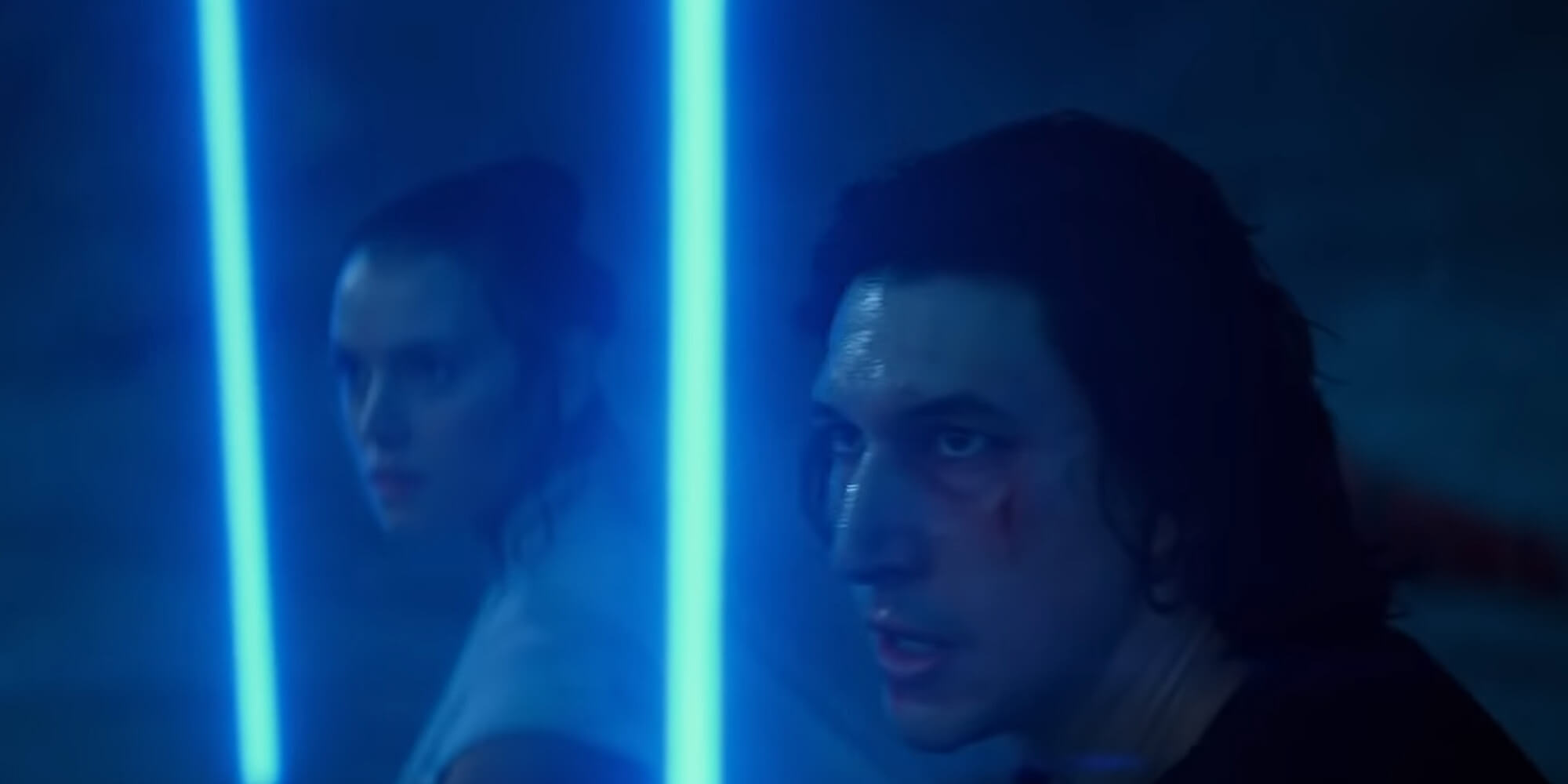 Both the digital release and the novelization of Star Wars: The Rise of Skywalker are upon us, which means that many fans are once again debating and analyzing the smallest of details in the final and divisive chapter of the Skywalker Saga. And thats no exception when it comes to the two characters at the center of The Rise of Skywalker.

Several excerpts from The Rise of Skywalker novelization, which was written by Rae Carson, started appearing online over the weekend after limited copies of the book were sold at C2E2. Almost instantly, fans promptly began to pick apart those passages. Some of them dealt with unexplained pieces of the plot, such as the nature of Palpatines return. Others, like the kiss between Ben Solo and Rey right before Bens death, were much more character-based.

That scene is now at the center of the latest debate among some parts of Star Wars fandom thanks to the passage appearing online and a write-up from Screenrant. The latter stated that the novelization Confirms Rey & Bens Kiss WASNT Romantic, which was mocked online for the headline alone.

Once you click on the article, it quotes The Rise of Skywalker novelization passage that includes the kiss. The conclusion that Screenrant (and some fans) have drawn is that the kiss isnt romantic because of Carsons use of the word gratitude in describing the kiss.

His heart was full as Rey reached for his face, let her fingers linger against his cheek. And then, wonder of wonders, she leaned forward and kissed him. A kiss of gratitude, acknowledgement [sic] of their connection, celebration that theyd found each other at last.

But then she drew back, concern on her face. She could feel him growing cold.

Ben smiled at her.

He had given Rey back to the galaxy. It wouldnt atone for the darkness hed wrought, but it was what he could do.

Its the kind of scene the pleased almost no one when it played out in the film. Some of those who werent invested in that relationship (or didnt see it) felt it was out of place. Some were upset over the emotional whiplash of seeing the kiss right before Ben Solos death. And some were mad that the characters kissed at all. Comments from director J.J. Abrams, in which he said that he had a more complex view of Rey and Kylo Rens relationship than merely a romantic one, sparked outrage after it was taken out of context.

With a new iteration of it in the novelization, the debates it sparked have already begun to resurface. Its also not a crystal clear reading as it seems. What the controversy over Rey and Bens kiss in the novelization does is illustrate the divide over the different kinds of storytelling and the never-ending need of some fans to define a single canon, even if it becomes increasingly impossible to do so.

Star Wars, which redefined the limits of its own story after the decanonization of the Expanded Universe in 2014, is no exception. The Star Wars films (the Skywalker Saga, Rogue One, and Solo) are all canon, as are the TV shows (The Clone Wars, Star Wars Rebels, Star Wars Resistance, and The Mandalorian). So are official Lucasfilm tie-in materials; sometimes, old EU stories and characters are even inserted back into the canon through new stories, most famously Thrawn in Rebels. And if theres some discrepancy, such as when Poe Dameron and Rey meet for the first time (which appears in both the Force Awakens novelization and in The Last Jedi), the movie version will generally be considered the canonical version.

Throughout the Star Wars sequel trilogy, the novelizations have served as a way to expand the story in ways that the film could not, include deleted scenes, and provide insight courtesy of several characters internal monologues. Those novels are supplementary material, things that enrich a viewers experience but arent necessarily vital for everyone to read (at least in theory) to understand a story. Those authors cannot change what happened in the filmsso fans hoping for some retcons will be sorely disappointedbut they can recontextualize them.

For many affirmational fans, a.k.a. those who prioritize information acquisition, the supplementary material like the novelization and Visual Dictionaries serve as more indications of what is and isnt canonand whenever these books are published, they scour the book to find new nuggets of canon to consume. To them, those details and confirmations of character motivations matter; to some, with Carson using the word gratitude, she seemingly confirms that the kiss wasnt romantic, and its certainly one way to read the scene.

But theres also nothing in the scene that also doesnt support that reading that the kiss was romantic in some way; in the immediate aftermath of Bens death, Rey felt like half of her was missing, and she supposed it was. Those who read the scene as romanticor at least not as platonic as some headline would interpret itcan also point to three films worth of sexual tension between Rey and Ben Solo/Kylo Ren, how the scene was filmedvery little of that kiss felt platonicor even the John Williams track that plays over the scene. The novelization doesnt invalidate a more romantic reading of the scene, and even if it did, fans who create transformative works like fanfiction and fanart can stick with their own interpretations.

And ultimately, thats the beauty in the supplementary material. Its nice to have as a resource or even its own source of entertainment, but it doesnt have to always be used in your own interpretation of a film. The Rey and Ben kiss is Schrdingers Kiss: Its romantic and not romantic, and all you need to do is open the box and roll with your own interpretation. As Yoda put it more succinctly in Empire Strikes Back, You will find only what you bring in.

If theres a bright side to the debate this scene has dragged back up, Carson at least gives Ben Solo far better final words than the film does. In the film, Ben Solo doesnt speak after his conversation with the memory of Han Solo, only uttering an Ow! as he lands roughly on chains while following Rey on Exegol; throughout his duel against the Knights of Ren and leading all the way up to his death, he doesnt utter a word. But in the novelization, Rey and Ben speak through their Force bond, and Rey hears from Ben one last time after he passes. Through the Force, he tells her, I will always be with you.

Statues to get protection from’ baying mobs’ – BBC News

Statues to get protection from’ baying mobs’ – BBC News

Newspaper headlines:’ Quarantine hotels’ and jab for over-1 8s’ by June’ – BBC News

Newspaper headlines:’ Quarantine hotels’ and jab for over-1 8s’ by June’ – BBC News