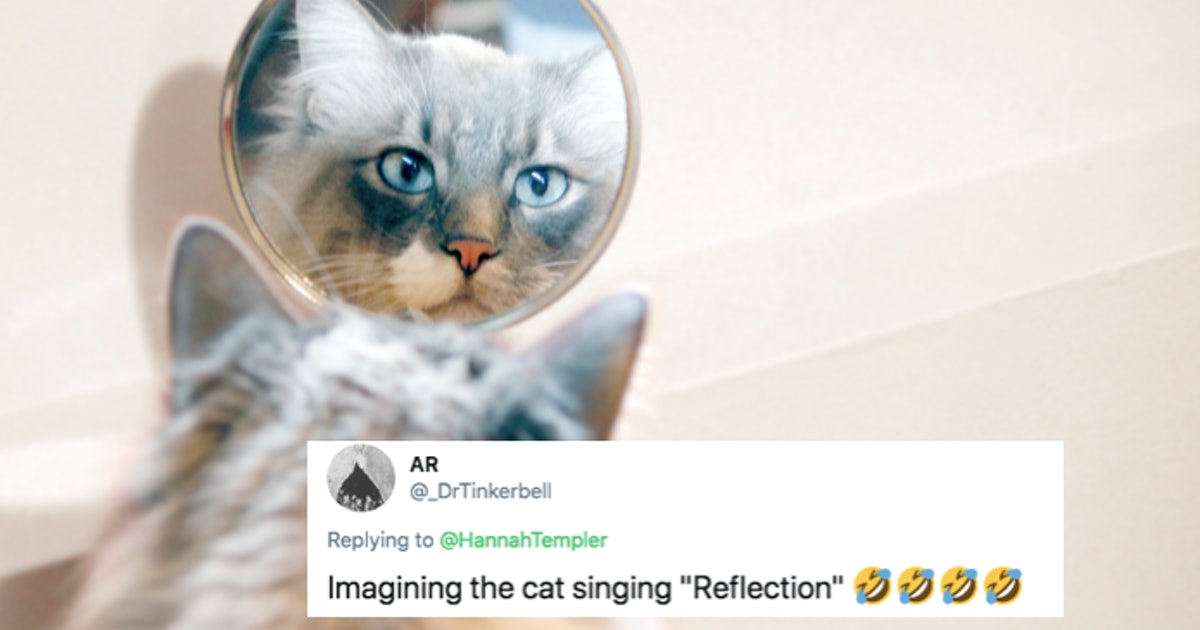 A picture of a cat looking at his reflection in a mirror has gone viral. Caught making one of the funniest faces on the internet, Roscoe is now an internet-famous tabby cat. These tweets about Roscoe the cat’s mirror pic feature hilarious responses from people sharing pics of their own cats’ similarly perturbed faces — and TBH, they’ll make your day.

Roscoe went viral in mid-February, after his famous mirror pic circulated on Twitter. On Thursday, Feb. 20, Roscoe’s owner, Katie B., told BuzzFeed how Roscoe made waves on Facebook and Reddit, before landing in the spotlight on Twitter. The cute tabby has an Instagram account, @justbeingroscoe, where his owner posts photos of his sweet face. And yes, you can even get stickers with Roscoe’s face on them if you just can’t get enough of the mirror selfie.

The mirror photo is a genius snap of Roscoe, lying in the sink — one of his fave spots — and looking at his reflection in the small vanity mirror on the counter. The photo captures Roscoe’s suprised face magnified in the smaller mirror, as well as the regular bathroom mirror, and the end result is hilarious. A lot of users on Twitter are drawing comparisons to their own kitty’s faces when they look into mirrors.

Check out the original photo, below, to see exactly why Roscoe and his mirror face went viral.

Cat owners are relating hard to this pic:

Roscoe may have the most famous cat mirror pic at the moment, but there is no shortage of kitties checking out their reflections:

Thanks to Roscoe and the magic of Twitter, you can now enjoy an endless supply of cats checking out their own reflections — and reacting to them in the most hilarious ways.