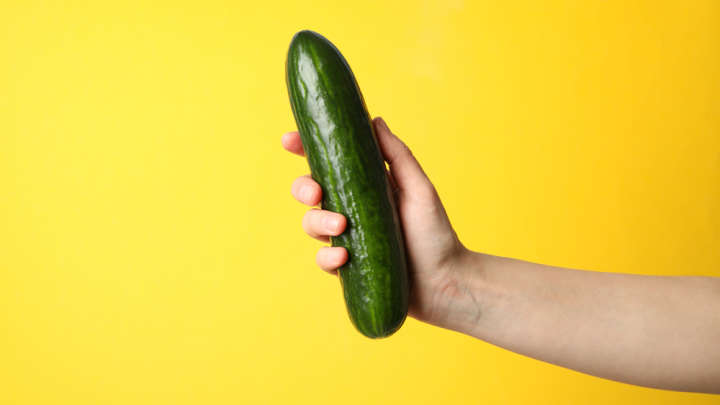 A man was rushed to the emergency room twice in two weeks after getting stoned and experiencing dangerously prolonged erections that lasted up to 12 hours.

While that might not sound too worrying, a prolonged erection is no joke. As also known as priapism, the condition can be extremely painful and brings along a host of unwelcome complications.

As reported in the Journal of Cannabis Research, the clinicians on the case say this is one of the first times cannabis-induced priapism has been documented in a medical report, although they’re uncertain about how the drug caused this unexpected effect as it’s usually thought to have the opposite effect.

The 32-year-old male presented at the Coliseum Medical Centers in Georgia with complaints of a persistent erection that had lasted for at least six hours. He had not engaged in any sexual activity that day but reported he had smoked some cannabis before experiencing the symptoms. The patient had also paid a visit to the hospital just a fortnight previously again after smoking marijuana, where he experienced a 12-hour erection. On top of that, he also reported four or more similar episodes of a persistent erection while getting stoned, although these managed to go down without any medical attention.

The researchers readily admit it’s hard to definitively say how cannabis is associated with this man’s case of prolonged erections. They argue in the study that “all other known causes of priapism have been excluded,” leaving them to conclude that marijuana was the cause of his condition. However, other than the general effect of cannabinoids on the body’s vascular system, they concede they have little idea how or why this might be the case.

It’s also worth pointing out the man, who is African-American, did not have sickle cell amenia, a disease that’s relatively common among people of African origin that has been previously linked to prolonged erections.

“His history exhibited a convincing correlation between his cannabis use and his episodes of recurrent priapism,” the researchers write.

“While cannabis use has already been noted in educational sources and textbooks as a potential cause of priapism, an electronic literature review was only able to identify four distinct cases of cannabis use coinciding with priapism, none of which were convincingly able to prove cannabis was the sole cause.”

As mentioned, priapism can cause some unpleasant complications. The penis becomes hard and lengthens when the erectile tissue becomes filled with blood. Problems can arise, however, if blood remains in the tissue for too long as it eventually becomes deoxygenated and the penis is deprived of oxygen. If an erection lasts longer than four hours, this “hypoxia” low-oxygen environment can lead to damage to the penile tissue and can even cause “notable destruction” after 12 hours.

Priapism is most commonly seen in people with sickle cell disease, although it has also been seen as a side effect of some drugs and medications. In one extremely unusual case, a man suffered a 9-day erection after getting into an accident on his moped.