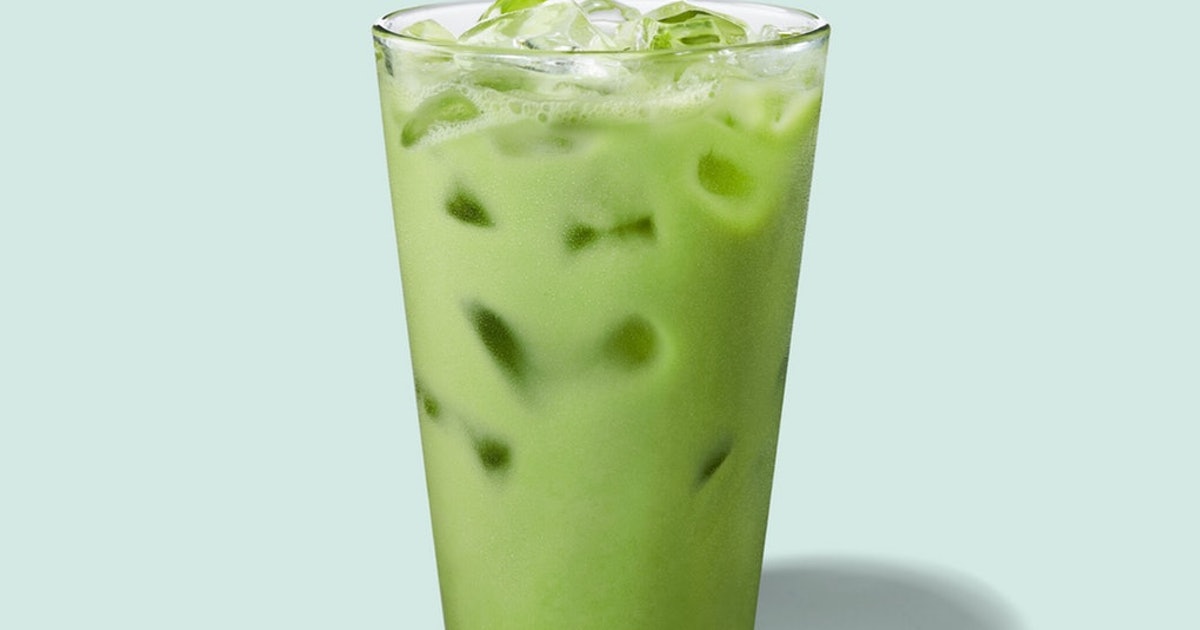 Is Starbucks’ Matcha Powder Vegan? Here’s What To Know Before You Order

Starbucks’ new drinks for spring 2020 include two non-dairy options that’ll have you feeling like you’re on a tropical vacay. However, a lack of dairy doesn’t automatically make a drink vegan. Many products appear vegan, but can have hidden animal byproducts in seemingly benign ingredients. So, if you’re wondering whether Starbucks’ matcha powder is vegan, here’s what you need to know.

The Seattle-based coffee company announced three new drinks on Tuesday, March 3. The seasonal sips include the Iced Pineapple Matcha Drink and the Iced Golden Ginger Drink, both of which are non-dairy options. The first question that comes to mind when a drink is branded as a non-dairy option in whether or not it’s also vegan. Starbucks doesn’t certify any of its drinks as vegan, due to the risk of cross-contamination and the strict standards required to certify a menu item as vegan. Certified vegan standards ask that the item contains no animal products or byproducts, has not been tested on animals, and contains no genetically modified ingredients (GMOs) that were developed from any animal byproducts, and the requirements are more in-depth that you’d think. The only certified vegan products at Starbucks are the Sprouted Grain Bagels, Cinnamon Raisin Bagels, Everything Bagels, and Plain Bagels they serve.

Still, it’s hepful to know what’s actually in the Iced Pineapple Matcha Drink, including what’s in the matcha powder itself. The new beverage includes matcha green tea blended with pineapple and ginger flavors, topped off with coconut milk, and served over ice.

Animal byproducts aren’t the only qualification to be certified vegan. The official Starbucks menu lists the ingredients of its Matcha Tea Blend as simply a mix of sugar and ground Japanese green tea. Since there is not information about how this Japanese green tea is processed, there is no way to what ingredients it may come in contact with during production. With this in mind, the Iced Pineapple Matcha Drink appears to be free of any obvious animal byproducts, but still can’t be certified vegan.

As for the taste of this new sip, Tina Kolokathis, Elite Daily’s Deputy Editor of News and Entertainment, got to try the Iced Pineapple Matcha prior to release, and she refers to the flavor as “the perfect sweetened matcha with the hint of pineapple and creamy coconut milk.” The ginger flavor is mild, while you a balanced blend of the coconut and matcha for the ultimate tropical taste.

Each of the new sips at Starbucks sell between $4.95 and $5.75 for a grande size. The only limited-edition drink is the Iced Golden Ginger, but the Ice Pineapple Matcha Drink is here to stay for good. If you’re looking for non-dairy options, you’ll want to compare the two new drinks to find your new fave.