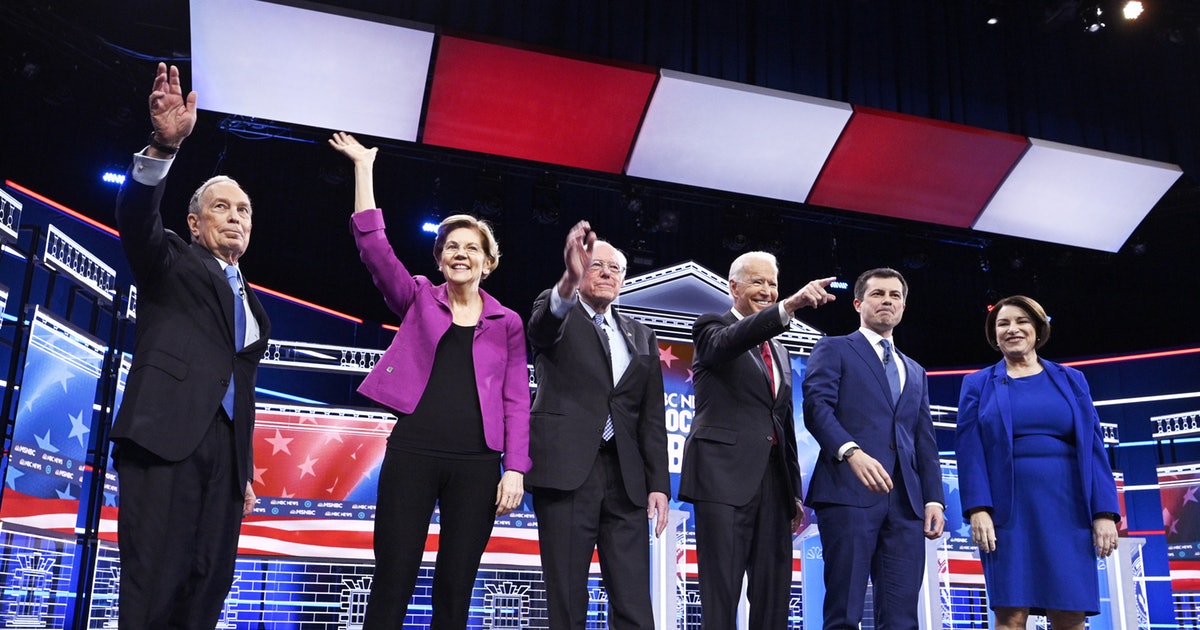 What Is Super Tuesday? It’s A Huge Day In The Election Cycle

Once the South Carolina primary wraps up on Saturday, Feb. 29, Democratic presidential candidates will turn their attention to Super Tuesday. On Tuesday, March 3, voters in a whopping 14 states will head to the polls to vote in their parties’ primaries, but with President Donald Trump facing no real challenge from his fellow Republicans, the Democratic candidates face much higher stakes. So what is Super Tuesday? This key day in the election cycle could have a major impact on the 2020 race.

With the early nominating contests in Iowa, New Hampshire, and Nevada behind them, the Democratic presidential candidates have a clearer picture of the direction this race may go. Having won the New Hampshire primary and the Nevada caucus, Vermont Sen. Bernie Sanders is now the frontrunner in the Democratic primary, with a total of 45 pledged delegates. Heading into Saturday’s South Carolina primary, he has a firm lead over Vice President Joe Biden, former South Bend Mayor Pete Buttigieg, and Massachusetts Sen. Elizabeth Warren.

Super Tuesday initially started out as an attempt by moderate Democrats in Southern states to make their preferences known earlier on in the primary process. In the 1970s and ’80s, Southern Democrats believed they could have more influence on the outcome of the Democratic primary if they had all their primaries together at an earlier time. But according to , this strategy hasn’t always worked out the way it was intended, and now, Super Tuesday is more useful as a way to see where exactly the Democratic electorate stands in an election year.

Any given Democratic candidate must secure at least 1,991 pledged delegates by the first round of the Democratic National Convention to win their party’s nomination outright, per , and the Super Tuesday primaries will award a grand total of 1,357 delegates.

Super Tuesday is critical in every election cycle, but it’s especially high-stakes in 2020. As pointed out, Super Tuesday often serves to weed out candidates whose campaigns are no longer performing well enough to carry on. Biden and Warren, for example, have been trying to rejuvenate their campaigns with the limited finances they have left, and Super Tuesday could either give their campaigns the lift they need or bring them to an end.

For Minnesota Sen. Amy Klobuchar and billionaire Tom Steyer, the stakes are even higher; according to The Hill, they’re straggling behind their fellow candidates and have been facing increasing pressure to exit the race. Even Buttigieg, who had the highest delegate count in Iowa and finished second in New Hampshire, faltered in Nevada, where a more diverse voter base handed Sanders a decisive victory.

Super Tuesday will also introduce a new hurdle: the candidacy of former New York Mayor Mike Bloomberg. According to his own media company, Bloomberg — a billionaire media mogul — has already spent more than half a billion dollars on ads during his campaign. Bloomberg decided to skip the first four early-nominated contests and will appear on the ballot for the first time on Super Tuesday. noted that Bloomberg has been polling quite high despite not appearing on the first four ballots, but he has recently faced harsh criticism from Warren for alleged racist policing practices. Bloomberg did not respond to a request for comment from Elite Daily about Warren’s criticism.

According to Politico, Super Tuesday could give Sanders a nearly insurmountable lead in delegate counts, but Sanders may still face a brokered convention over the summer. What is clear is Super Tuesday will test the candidates’ campaigns and ultimately make it much clearer where they stand.