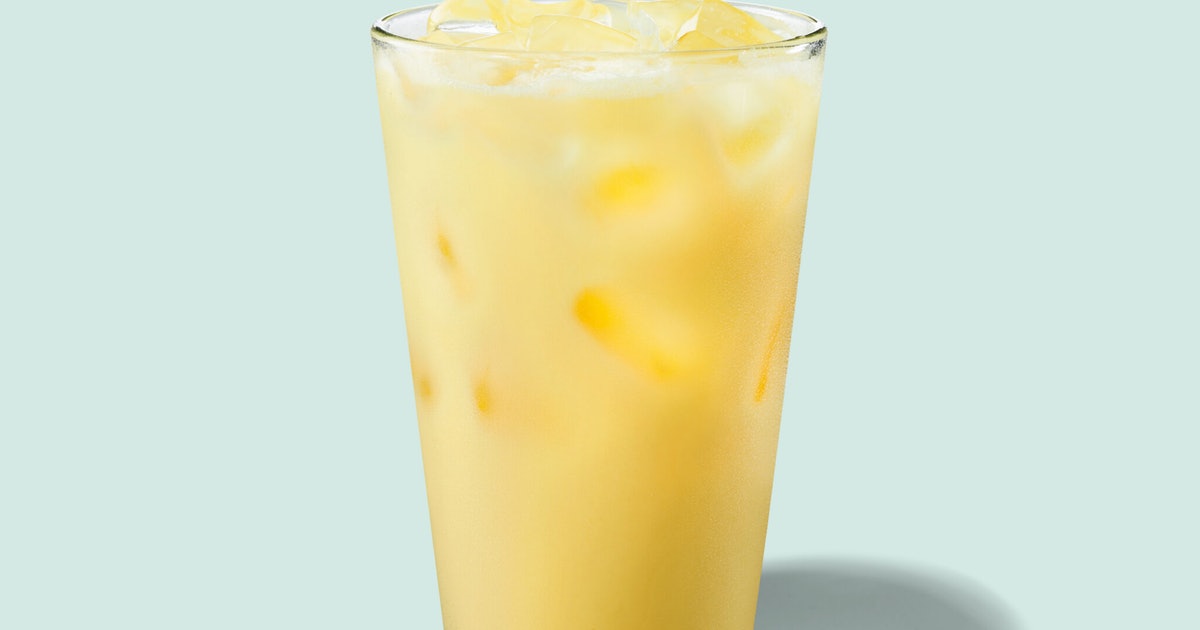 What Does Starbucks’ Iced Golden Ginger Drink Taste Like? It’s A Tropical Sip

Starbucks is making it even sweeter to ~spring~ into warmer weather with new iced sips that pack plenty of flavor. On Tuesday, March 3, the coffee giant rolled out two coconut milk-based beverages that basically sound like a tropical vacation in drink form. If you’re ready to take your tastebuds on a virtual vacation, you might be wondering what Starbucks’ Iced Golden Ginger drink tastes like. Expect to spice up your day with this flavorful limited-edition beverage.

While it’s no secret that the Seattle-based company has made itself a destination for dairy-free beverages by adding limited-edition sips like the Iced Vanilla Bean Coconutmilk Latte and the Toffee Almondmilk Hot Chocolate to its menu, its two newest varieties might be among its tastiest — and most photogenic — yet.

The new Iced Golden Ginger Drink immediately caught my eye because of its promised blend of pineapple, turmeric, and ginger flavors, which promise to balance the beverage’s sweetness with a zing of spice and herbal notes. Colored bright yellow due to the turmeric, the drink features coconut milk and the three unique flavors, which are all served over ice for a refreshing and warm weather-ready drink.

One Elite Daily editor, Tina Kolokathis, got the chance to try the new limited-edition sip ahead of its official release, and she raved about the “super tropical” flavors of the Iced Golden Ginger Drink and the “bit of that spice from the ginger” that promises to electrify your tastebuds in the best way possible.

If you’re looking for something that’s sweeter without the ginger, the company’s new Iced Pineapple Matcha is also a good bet. Plus, it’s going to be a permanent part of the menu, so you don’t have to worry about it going anywhere. Here, you’re getting a mix of green tea leaf-infused matcha powder that’s been slightly sweetened and then combined with pineapple flavors and coconut milk over ice. While the drink appears green due to the matcha ingredient, Kolokathis says the flavors of the pineapple and coconut milk came through to make it a drink that’s again got some major tropical vibes.

Again, both the Iced Golden Ginger Drink and the Iced Pineapple Matcha will both be available starting on March 3, selling for between $4.95 and $5.75 for a grande size, so I’d take a look at which flavor profile sounds better for you and plan your order from there.