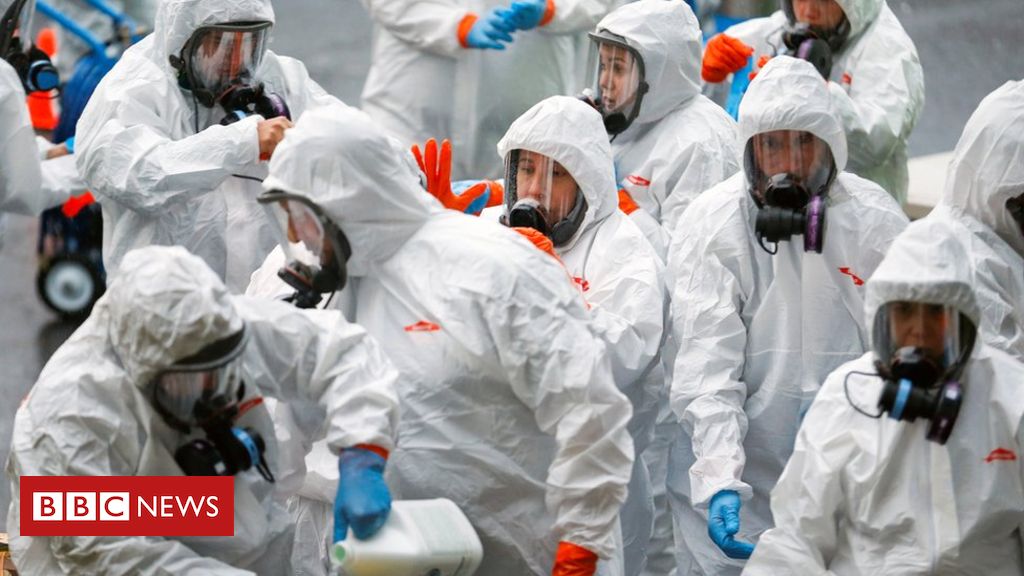 It’s been a week of extraordinary developments, as the coronavirus has continued to spread across the world. The news updates are almost non-stop and at times it’s easy to lose track. Here’s a summary of what happened in the past seven days.

1. This was the week that shutdowns gathered pace

Halfway through the week, the World Health Organization declared a pandemic. (Read what that means here). According to the latest figures, more than 125,000 people have been diagnosed with the virus in 118 countries. The total number of deaths is more than 4,600.

On Tuesday, Italy entered a country-wide lockdown, with police patrolling the streets to ensure people stayed indoors – the country’s most restrictive measures since World War Two. Restaurants, cafes, museums and all shops except pharmacies and food stores closed, and tourists were told to leave immediately.

Elsewhere across the continent, normal life for millions was put on hold as schools and universities closed in Austria, Portugal, France, Denmark and Norway. Gyms, restaurants, nightclubs, libraries and museums also shut in some countries.

Spain became Europe’s worst-affected country after Italy, following a steep increase in deaths. It declared a state of emergency and placed four towns in Catalonia in lockdown. Even the Real Madrid football team were quarantined.

It’s hard to keep track of travel restrictions, with more and more countries announcing new measures on Friday. Earlier in the week, President Donald Trump banned travel from 26 European countries for 30 days, although not Britain.

There are fears that in some places, the true scale of the outbreak is worse than is being disclosed. Iran is one of the worst-hit countries after China, and this week saw distressing images of multiple bodies bag emerge from the city of Qom.

It’s not just travel. Social and cultural events around the world are being cancelled. All English professional football leagues are suspended and artists including Madonna and Pearl Jam axed concerts.

And there’s been a staggering knock-on effect on global stock markets, with shares in the UK and US suffering their worst day for 33 years.

In Europe and the US, the virus is changing how people shop, work and interact with friends and family.

The UK government said there was “no need” for stockpiling, but it seems people did not take notice. It was the week when shoppers began seeing empty shelves as people dashed to buy hand sanitiser, pasta, tinned foods – and the big one, toilet roll.

One entrepreneurial schoolboy in Leeds was caught selling hand sanitiser for 50p a shot to classmates – leading to praise on social media and suggestions he could get a call from Lord Sugar.

In the US, prisoners in New York were tasked with making hand sanitiser to meet shortages. The state’s governor said the gel, branded NYS Clean, had a “very nice floral” scent and would be provided for free to government agencies, schools, public transport and prisons.

Businesses have been sending their employees home, either after confirmed coronavirus cases among their workforce or as a preventative measure. In day to day life, people – including Prince Charles – are shunning the traditional handshake, some for elbow bumps or foot taps.

More and more people have gone into quarantine and shared their stories of loneliness and fear. Concern for elderly relatives, considered most at risk, has steadily grown – one journalist has described agreeing with her parents not to visit them for the foreseeable future.

People are finding new ways to cope. In locked-down Siena in Italy, residents were recorded singing from their windows – something that also happened in Wuhan and, centuries ago, during the plague in Milan in the 1570s.

Much of the advice from public health officials around the world is the same: wash your hands frequently with soap and water, avoid touching your face and if you develop symptoms, self-isolate.

The WHO urges people to keep at least 1m (3ft) away from anyone who is coughing or sneezing.

It can be difficult for small children to take it all on. In London, a mother used magic marker to write on her son’s hands to check how much her son was washing them while at school.

This week, the UK updated their health advice to say anyone who develops symptoms such as a new continuous cough or a temperature should self-isolate for seven days. Officials say they believe up to 10,000 people in the UK could already be infected.

Read more about health advice here. And you can find our latest explainers here.

4. If you watch one video

There’s a moment in this video where a husband, dressed head to toe in a protective white suit, stands helplessly by his wife’s bed, as she cries under a duvet.

The film follows two local filmmakers in Wuhan from the early stages of the virus until the city is in full-on lockdown.

In China now, things are improving; this was the week where the number of new cases there continued to fall.

5. Fake advice does the rounds

We saw a record number of responses to our call out for questions and comments about coronavirus on Thursday, highlighting how much concern and confusion there is about the virus.

In a world where fake news and misinformation spreads so easily, one of our tweets struck a chord with people on social media:

You can read about those fake treatments to avoid here, and read some of the fake news coming out of Italy.