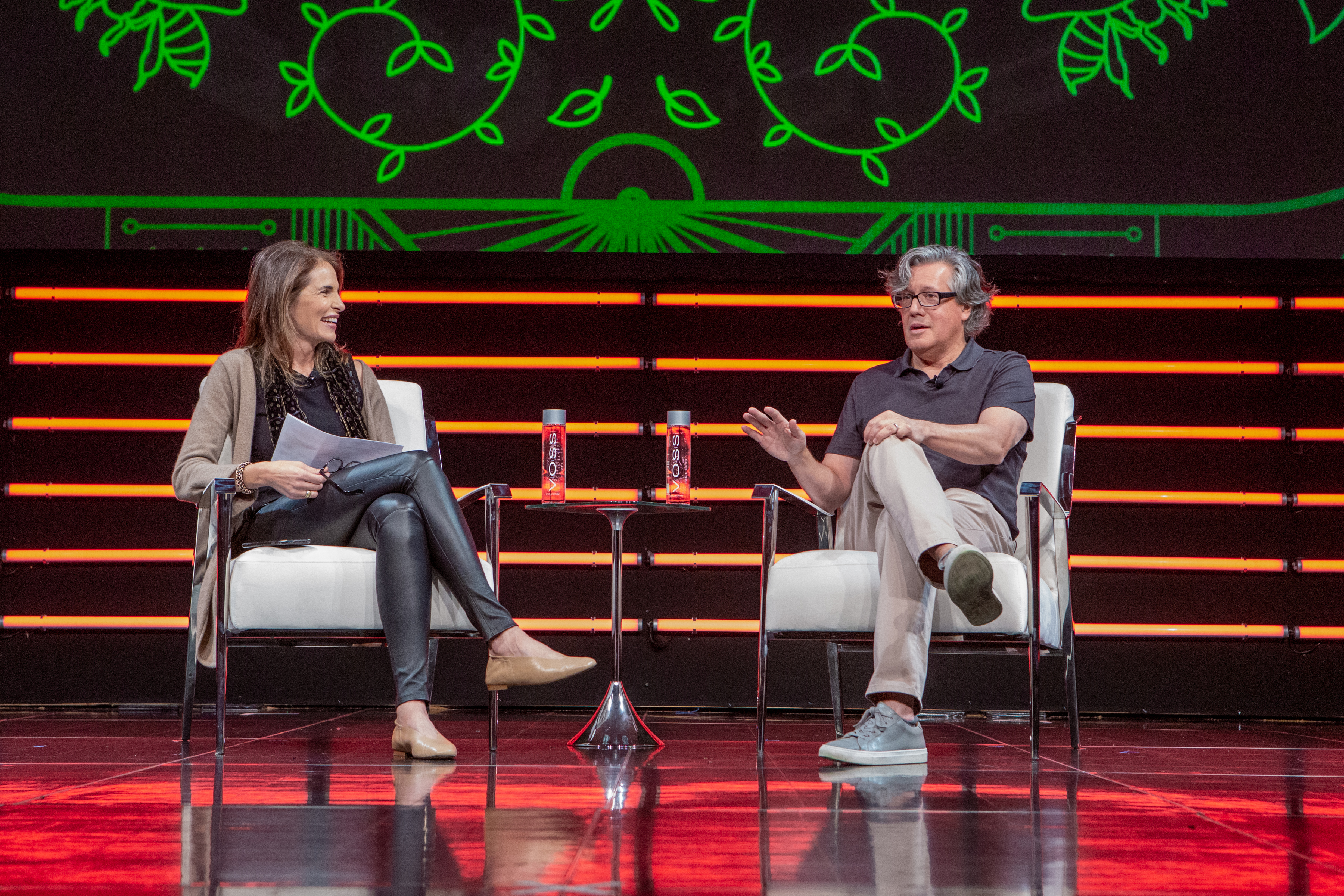 Tock, a six-year-old, Chicago-based culinary reservation service, has never had the kind of brand-recognition that other companies in the space have enjoyed, from publicly traded OpenTable to Resy, the New York-based company that was founded in 2014 and acquired last year for undisclosed terms by American Express.

That’s because Tock has relatively quietly been supporting customers, many of them high-end restaurants like French Laundry that, with Tock’s encouragement, began selling prepaid “tickets” for meals years ago. These aren’t unlike buying tickets to a concert or NBA game, sometimes weeks or even many months in advance.

Yet the reach of Tock appears to be growing. Late last month, in an interview with this editor, founder Nick Kokonas said the platform has been processing $2 million a day in these pre-paid tickets. He insists that by rethinking the reservations process for higher-end spots, Tock has drastically reduced both wasted food and no shows. As he said during our sit-down, “If you think about it, if you’re going to buy a ticket to the Rose Bowl and see a game, and suddenly your dog gets sick and you’ve got to go to the vet, you do not call the Rose Bowl and say, ‘I’m really sorry, I can’t make it tonight. Give me my money back.’ ”

Tock has since announced a partnership with Chase, a partner of two years that just expanded its tie-up with Tock such that Chase Sapphire, Freedom and link cardholders will now have access to a dining page within the Chase mobile app that, driven by Tock, enables cardholders to browse, book and pay ahead for dining experiences at restaurants, bars, pop-ups and wineries. (It gives Tock, which says it already had 10 million users, another “30 million households at once,” said Kokonas.)

That bit of momentum begs the question of whether Tock — which is backed with $17 million from Origin Ventures, Valor Equity Partners and others — might go the Resy route and itself become part of a credit card giant. But Kokonas — a hyphenate who also co-owns a prominent restaurant group that includes the famed Alinea in Chicago — suggests he’s inclined to keep building the business for now. He has too many ideas of where to take it, including turning Tock into a kind of Spotify that recommends and customizes booking experiences for diners around the world.

More from our sit-down, at the Upfront Summit last month, follows, lightly edited for length and clarity. It was an interesting conversation, particularly for anyone fascinated with the evolution of the restaurant industry over the last 15 years and how tech is changing it.

TC: We’re both Greek Americans [and many Greeks used to open restaurants when they came to the U.S.]. My family had restaurants. Your father had a diner. But you didn’t jump into the restaurant business right away.

NK: I had the usual where I started a derivatives trading firm right out of college because I was a philosophy major. That’s really important. I did that for 11 years, built that through about 100 employees. Then I met Grant Achatz, the chef who, if you want to learn more about him, check out Netflix’s “Chef’s Table” [or the documentary] “Spinning Plates.” He had tongue cancer and a very incredible outcome. He’s still 10 years cancer-free. But I met him when he was very young and he was the same kind of person who I would want to hire in my trading firm. It was more about backing a great person.

Grant was doing what I think we all try to do anytime we build anything. He was doing something that’s emotionally resonant with consumers [at the restaurant where he was working at the time]. So you would go in there and you’d have this incredible experience… I felt like I knew how to build businesses. I started investing in the internet 1996. And I just said to him ‘One day if you ever want to do something more than this, let me know.’ And he said, ‘Well, what kind of restaurant do you want to build?’ and I said, ‘How should I know? I’ve never built a restaurant before. But I want to make it great.’ And so, I knew nothing about it, and then a year to the day later of that conversation we opened Alinea.

NK: I remember on the first day I thought I was done. It was kind of like a film production, where you produce the film, and then people can watch it. But of course, with the restaurant, you’re making art every day that people consume. It’s one of the only art forms or forms of entertainment that’s consumable. I remember [Grant] just grabbed me by the tie that opening night and said, ‘Go over table 40 and make sure that [the wait staff is] doing it the right way.’ Sixteen years later I have six restaurants and about 300 employees between Chicago and New York. And what I learned when I actually started running the restaurant when Grant got sick was that no one else knew anything about running a restaurant, either. It’s one of those areas where tradition exceeds expertise, and the software for it was built in a way that looked like 1998.

So in 2005, an OpenTable salesman would come literally with a briefcase and [with its legacy reservation system], say, ‘Look at this bad boy; I could leave it here for you today.’ And that’s kind of what they still do.

I came from a trading organization where we could process hundreds of thousands of transactions without a problem, yet in 2005 [when we opened Alinea], I couldn’t even know who my customers were; that was held from me [by OpenTable], and whenever I see opaque information, I see an arbitrage [opportunity].

[I wanted a way to] look up every single thing that you eat and what you liked and what you didn’t like and left on the table, and your wife or spouse likes to drink. We were doing that in a very real way [in house, but] we couldn’t share that information with our other restaurants. [That information was] siloed on purpose because of the business model of OpenTable and Booking.com. So I started building it for myself.

I remember [famed restaurateur] Danny Meyer telling me, ‘You’ll never sell a ticket to a restaurant,’ I thought of it 20 years ago. ‘It won’t work.’ But we process about $2 million a day now in pre-paid tickets [beginning with what I built in 2010] by myself with one programmer. It was a very rudimentary system, and we sold $562,000 of tickets in the first day.

TC: What is a ticket?

NK: There are three kinds of reservations that you make in the world. There are free reservations, like ordinary reservations. There are times when you have to put a deposit down, and there are times that you pre-pay. [Regarding the last], when you think about it, if you’re going to buy a ticket to the Rose Bowl and see a game and suddenly your dog gets sick and you’ve got to go to the vet, you do not call the Rose Bowl and say, ‘I’m really sorry, I can’t make it tonight. Give me my money back.’ They play the game without you.

With restaurants where demand exceeds supply by two or three times, there’s an opportunity to charge, like a movie or concert or some other form of entertainment. And that’s what was going through my head [at the start of Alinea] because we’re running 8% no show rates; we had [staff] answering the phone every day, disappointing people, telling people “no” when they wanted [ a reservation] at seven o’clock on a Saturday. It’s like walking into a sweater store and [asking] ‘Do you have a black cardigan?’ [and being told] ‘Nope, try again.’

I just knew that I needed to solve my own problem. And now we’ve got 100 employees building all sorts of different iterations of dynamic and variable pricing for time-slotted businesses. Pricing will be differentiated in real time.

TC: What is that sales process like [when it comes to your software and this ticket idea?] Do restaurants see it as a big gamble? Do they want to try it first for some period of time?

NK: Any time you’re ripping and replacing a system that’s been around for 20 or 30 years, you have some convincing to do. The crossing-the-chasm thing is real. The first couple of years, we’d add 15, 20 restaurants a month, and we had to learn, really quickly, that they were either really great and had high demand, or they were failing and willing to try anything. So you had to really learn to pick your the right customers when you were early in the process.

Now what’s happening is that we built out a system that is cloud based — we’re the only independent system left [of meaningful scale] — and we built it for enterprise. So we have 400 API endpoints. We can integrate with Salesforce. But we can also do specialty integrations with, you know, Vail Resorts, which is now a client of ours.

So all of that now is going laterally and we’re getting the halo effect. We spend very little on marketing to businesses. We spend an awful lot of money now [on] building out that consumer network, [which the Chase deal should help with meaningfully]. The cool part about that news is that every single one of those people in the largest rewards program in the country is going to get an account. So that’s how I get 30 million U.S. households all at once.

TC: What other ways are you sharing your customer data?

NK: One of the most important pieces of data within a restaurant group that we don’t share across, is that we want to know your preferences, your dietary restrictions, your spouse’s birthday — all those things. Those are for better hospitality. Now, for the next step we want you to give us that information. We already know your dining history — why is there no platform like Spotify or Netflix for restaurants that anticipates your needs, knows what you enjoy and suggests little nudges to you [like], ‘Hey, your anniversary is coming up in a little while — maybe you should book something now, and we’ve got these great five choices that are in your (playlist).’ So that mass personalization for the consumer is coming, that’s something that we’re building. You have to get to a point where you have enough of that data to do it well enough that it’s meaningful, but we’re there now.

TC: The restaurant industry is brutally competitive. Is there a chance that some of your restaurants maybe don’t want to be part of a suggested rotation alongside other restaurants?

You know, restaurants are incredibly myopic in the sense that I don’t care how good you are, they are concerned that, when I turn on bookings from March, I hope we have customers. It’s a really weird business that way. And what we’re going to be able to do is that because of some of the data and people indicating interest before the reservations are available, we get to show the restaurant the elasticity of their demand before they actually put those bookings on. That’s incredibly powerful because now, for the first time, they can know they can project out months into the future what their demand will look like.

TC: You’re working with restaurants and wineries and the like. What’s the vision? Are you going to be getting into other verticals within hospitality or beyond?

We’ve experimented with other verticals; we’re focused on hospitality. We’re in 30 countries organically already. It’s a huge, huge space. But you know, if I was left to my own devices and didn’t have people managing me, I’d already have dentists using it.