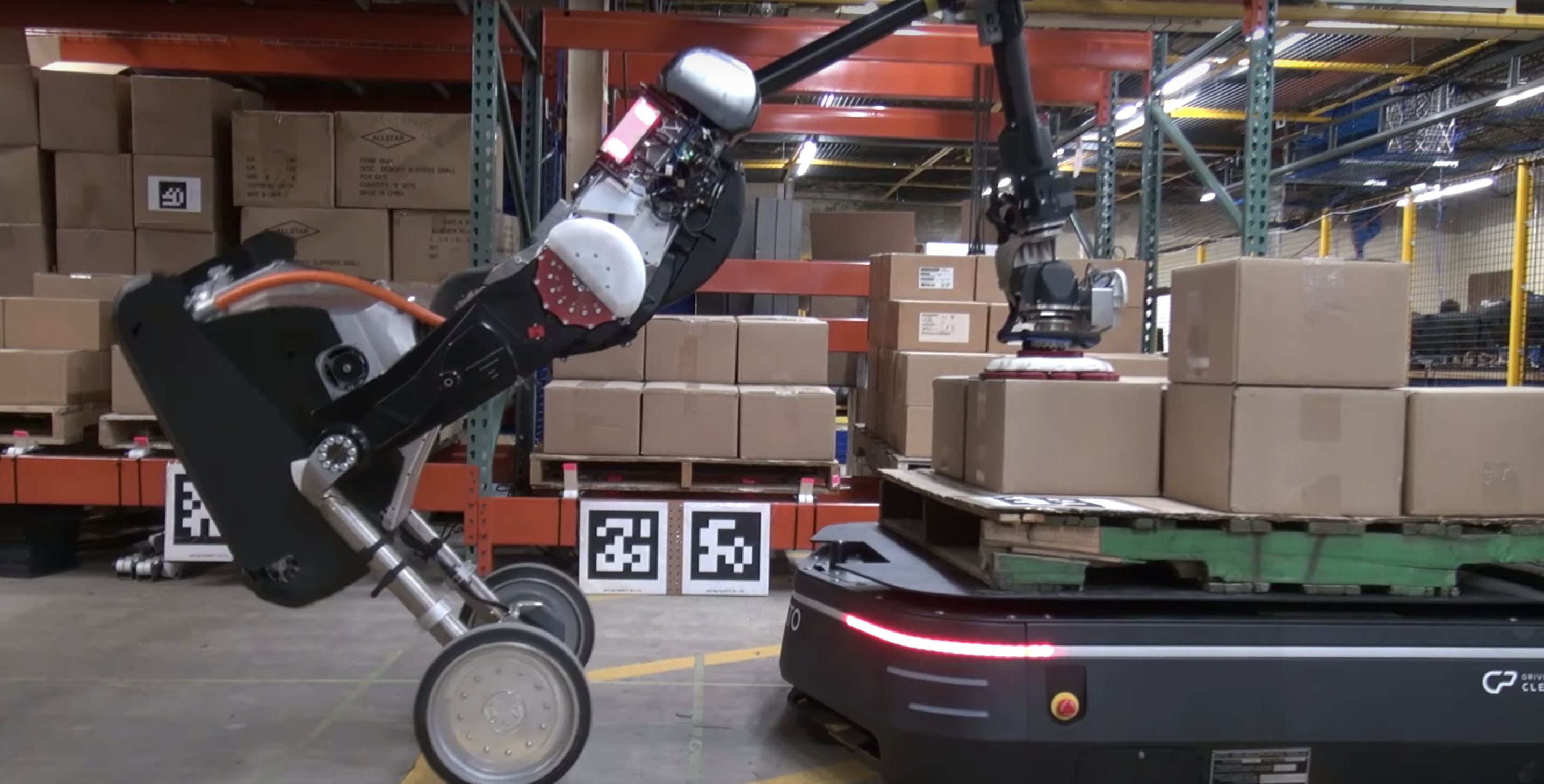 Over the past year Boston Dynamics has moved from building the stuff of robotic uprising nightmares to more mundane warehouse automation technologies with its Handle robot and Pick computer vision system.

Today, the company unveiled some footage from its proof of concept trials with OTTO Motors to automate the logistics space.

It’s part of a concerted effort to focus the company on revenue generation alongside revolutionary robotic innovation, and follows the appointment of a new chief executive in January.

“I basically hired most of the people in the company and growing us aggressively is a big challenge right now,” Boston Dynamics’ new chief executive Rob Playter told TechCrunch at the time. “Over the past year, bringing on new people into our executive leadership team has been a primary goal, as well as feeding an insatiable appetite for our technical teams to grow in order to meet the goals we’ve set for them. Which includes not only advancing the state of the art of robotics but actually making some of our robots into products and delivering them and supporting them and changing the organization to do so.”

That focus on making the robots into products and delivering them is at the heart of the OTTO partnership, according to VP of Product engineering, Kevin Blankespoor.

“We’ve built a proof of concept demonstration of a heterogeneous fleet of robots building distribution center orders to provide a more flexible warehouse automation solution,” Blankespoor said in a statement. “To meet the rates that our customers expect, we’re continuing to expand Handle’s capabilities and optimizing its interactions with other robots like the OTTO 1500 for warehouse applications.”

For companies like OTTO Motors, which has long worked on developing autonomous warehouse and logistics technologies, the partnership with Boston Dynamics was a no-brainer.

“It’s exciting to engage with other cutting-edge robotics companies like Boston Dynamics,” said Ryan Gariepy, CTO and co-founder of OTTO Motors. “As leaders in our respective spaces, we can apply our technologies to field a whole new realm of applications.”