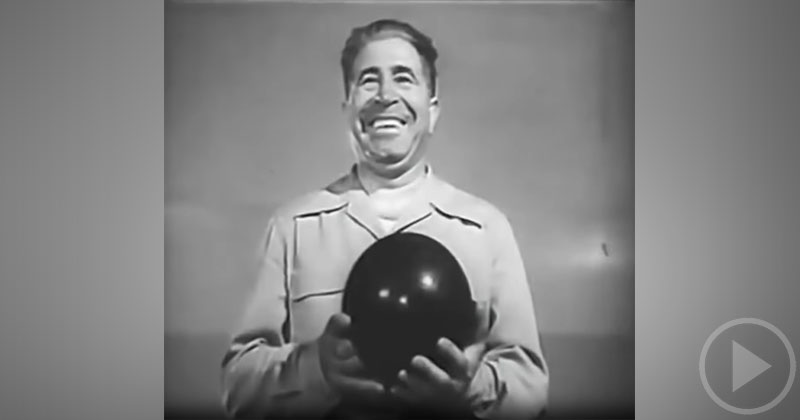 Varipapa was considered to be “the greatest one-man bowling show on Earth”. Beyond his trick shot exhibitions, Varipapa was a solid professional bowler. In 1947, at the age of 56, he won the prestigious BPAA All-Star competition (predecessor to the U.S. Open) in a gruelling 100 game format, making him the oldest winner ever. He became the first to win two years in a row when he repeated in 1948. [source]