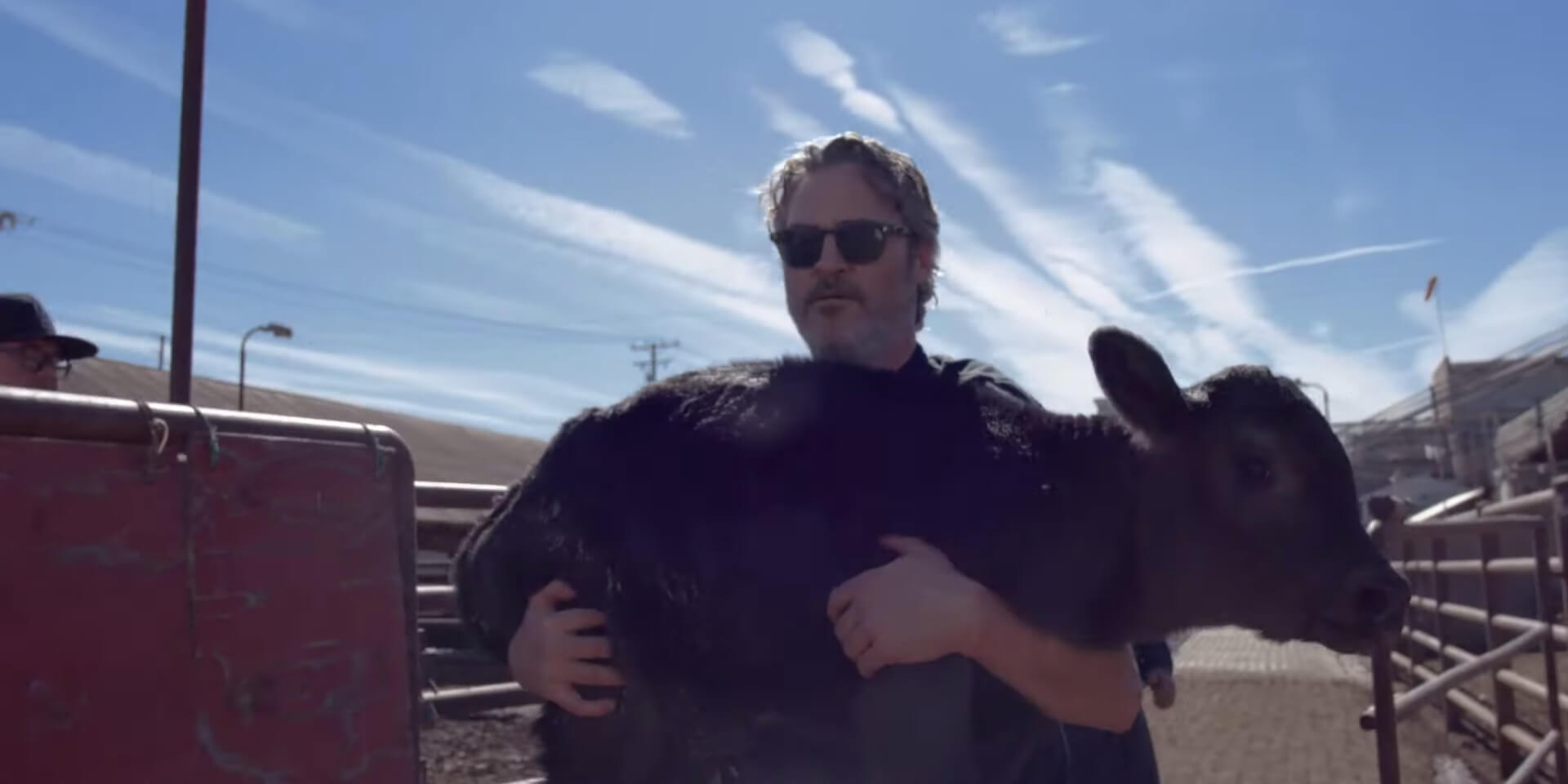 In his speech at the earlier this month, Joaquin Phoenix rallied for inclusivity, acceptance and .

Now we know he is not all talk. The day after Phoenix delivered his impassioned speech, he headed down to a slaughterhouse in Pico Rivera, California. There, a video reveals he rescued a cow and her calf and transported them to a Farm Sanctuary-run facility, where they will be cared for.

Phoenix has been a vocal animal rights advocate for years. His work with PETA and In Defense of Animals is very close to his heart, and he has pushed for better climate change research and diversity in filmmaking on multiple occasions. In mid-January 2020, he and actress Jane Fonda were even arrested at a climate change protest in Washington, D.C. A few weeks later, following his win at the Screen Actors Guild Awards, he skipped the afterparty to instead attend a vigil. There, he and other attendees comforted pigs on their way to a slaughterhouse.

On Feb. 10, he headed down to have a conversation with the head of the slaughterhouse, Anthony Di Maria. Despite clearly different perspectives, Phoenix believes the two were able to become friends. The slaughterhouse already had more gentle guidelines than many others. Di Maria told Phoenix that calves and their mothers are never separated at his facility, and all of his cows die in 60 seconds or less when being harvested.

My hope is, as we watch baby Indigo grow up with her mom Liberty at Farm Sanctuary, that well always remember that friendships can emerge in the most unexpected places, Phoenix said. And no matter our differences, kindness and compassion should rule everything around us.