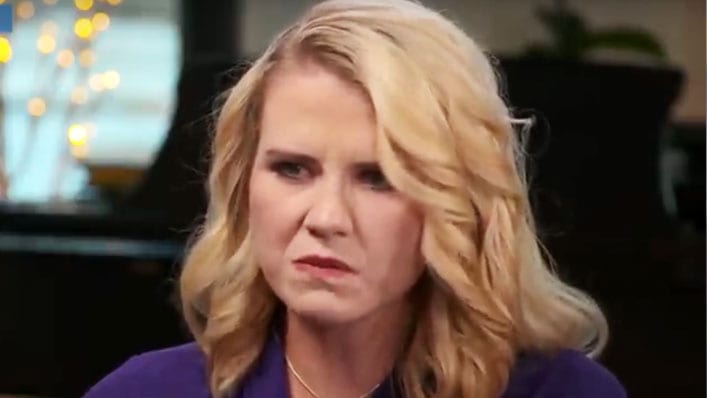 Elizabeth Smart, who was kidnapped, confined, and repeatedly raped as a 14-year-old, disclosed in a shocking interview that her days of enduring sexual assault were not left behind in her teens.

In fact, just last summer she was sexually assaulted on a Delta flight homebound for Salt Lake City.

In an interview with CBS This Morning, Smart revealed that a man sitting by her began feeling up her legs while she was asleep. This was the first time she had ever felt unsafe on an airplane.

“I had been asleep and all of a sudden, I woke up because I felt someone’s hand rubbing in between my legs, on my inner thigh,” the 32-year-old explained.

Completely taken aback by the man’s audacity, she froze, not knowing what to do.

“I was shocked. The last time someone touched me without my say-so was when I was kidnapped,” said Smart. “And I froze. I did not know what to do.”

Seeing as she regularly acts as a champion for women to protect themselves, Smart couldn’t believe that she of all people was at a loss for what to do or say.

“I speak to other women about it,” she shared. “I say, ‘It’s okay to say no, and it’s okay to take care of yourself and be safe’. I kept saying to myself, ‘You’re Elizabeth Smart. You should know what to do!?’”

After jerking awake, clearly alarmed, she expected the man to stop. Instead, he continued inappropriately groping her thigh.

“I expected the man to take his hand away, to apologize, to give me some kind of reason why he was touching me,” said Smart.

Following the assault, Smart reported the man’s behavior to Delta, who took her complaint very seriously.

“I don’t want him preying on other girls,” she said. The Delta staff were equally “appalled” and offered as much help as they could.

In fact, the airline released a statement to CBS This Morning that read, “Delta took the matter seriously and has continued to cooperate with Ms. Smart and the appropriate authorities as the matter is investigated. Delta does not tolerate misconduct towards other customers or Delta people.”

Since the scarring plane incident, Smart has wisely decided to use the situation for good.

The former rape victim started exploring self-defense, which led her to launching a program for women like her entitled “Smart Defense.”

Learn more about Smart’s story and her amazing self-defense program in the CBS interview below: