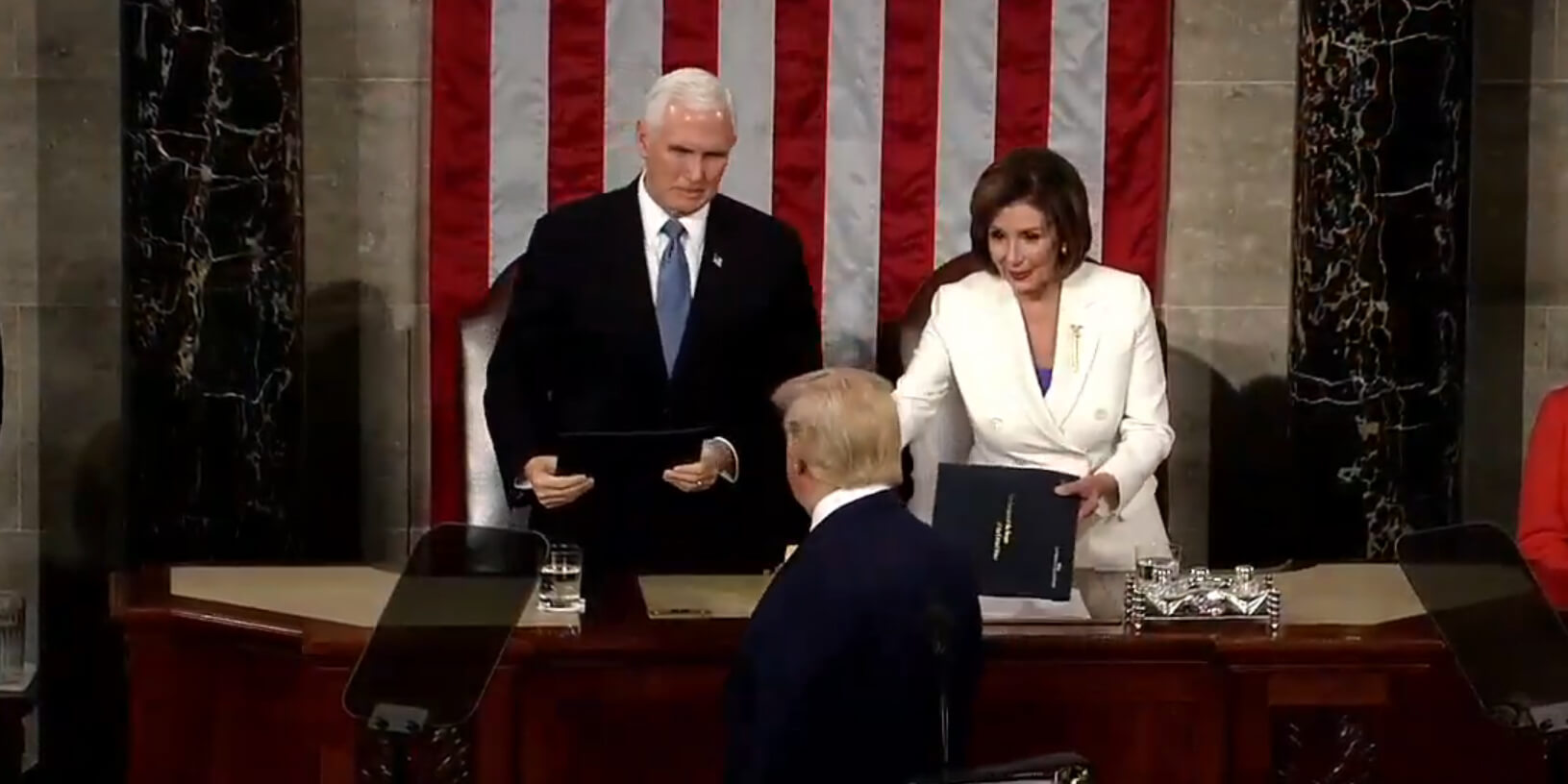 President Donald Trump appeared to refuse to shake House Speaker Nancy Pelosis (D-Calif.) hand as he began his State of the Union speech on Tuesday night.

As Trump made his way to the podium, he handed a copy of his speech to both Vice President Mike Pence and Pelosi. After receiving the folder, Pelosi appeared to reach out her hand to shake Trumps, but the president turned away.

Pelosi made a shocked face, and smiled, as Trump moved back to the podium.

No Trump handshake for Pelosi pic.twitter.com/7SFqtrTczM

The president also did not shake Pences hand; however, he did not reach out like Pelosi did.

Trumps apparent decision not to shake the House speakers hand is perhaps not shocking. Pelosi was in charge of the House of Representatives that passed articles of impeachment against the president several weeks ago.

The Senate is expected to acquit Trump, likely on Wednesday, ending the trial in the upper chamber of Congress.