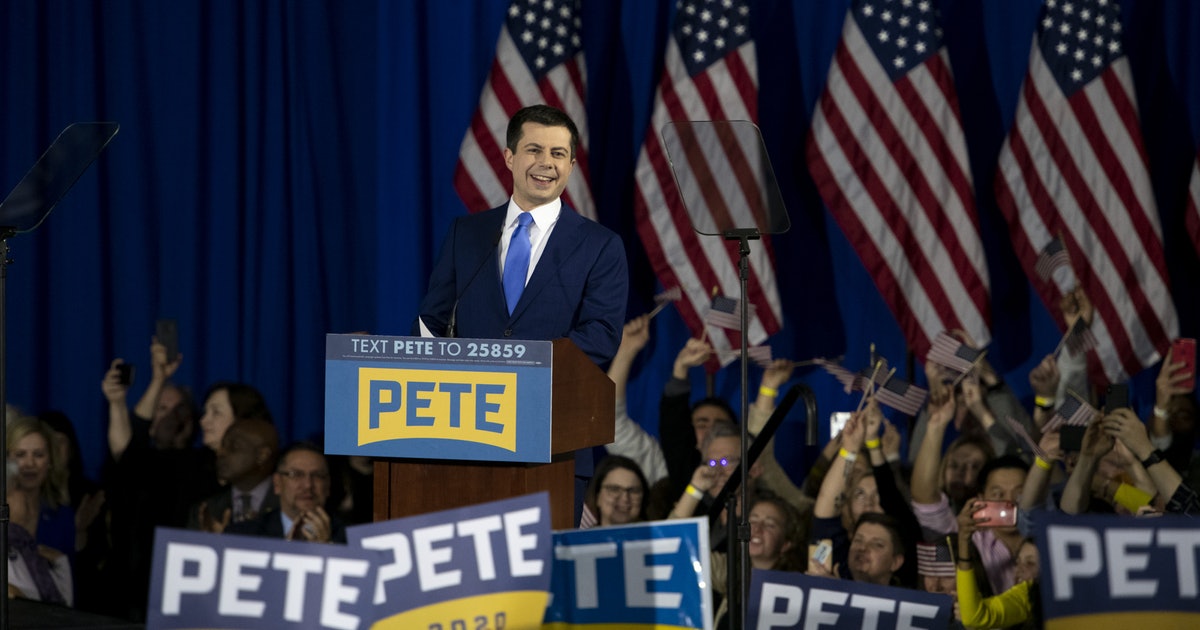 Where Did Pete Buttigieg Go To College? His Academic Record Is Pretty Impressive

On Tuesday, Feb. 11, former South Bend, Indiana Mayor Pete Buttigieg came in second place during the New Hampshire Democratic primary, narrowly ceding the top spot to Vermont Sen. Bernie Sanders. As Buttigieg’s presidential campaign gains traction, his limited political experience — compared with his fellow candidates — has been called into question. But where did Pete Buttigieg go to college? He regularly touts his record as a Rhodes scholar.

Former Mayor Pete actually has a pretty impressive academic record. After finishing up high school in 2000 as his class valedictorian, Buttigieg went on to study history and literature at Harvard University, where he got his B.A. in 2004. While he was at Harvard, Buttigieg was invited to join the Phi Beta Kappa academic honor society. Former presidents like Bill Clinton and Franklin D. Roosevelt were also members of Phi Beta Kappa, per ABC News.

When his studies at Harvard came to an end, Buttigieg was awarded the prestigious Rhodes scholarship, which enables students award to pursue an international postgraduate degree at the University of Oxford. In 2005, not long after he worked on John Kerry’s 2004 presidential campaign, Buttigieg headed off to Oxford, where he studied philosophy, politics, and economics. According to , Buttigieg maintained an extensive whiskey collection and regularly engaged in political discussions while at Oxford, until he completed his postgraduate degree in 2007.

In a 2004 interview with , Buttigieg said that his work as an undergrad with the Kennedy School’s Institute of Politics sparked the “fire” of his political life, but that his interest in politics went much further back. “Politics is in my bones,” Buttigieg said at the time. “I grew up hearing my parents hollering at the TV.”

Although Buttigieg was evidently committed to a political career early on in life, he did not immediately dive into a career in Washington, D.C. According to ABC News, Buttigieg worked as a civilian contractor for a global consulting firm called McKinsey & Company from 2007 to 2010 — a career move that has become a subject of controversy during his presidential campaign. McKinsey has recently been under heavy scrutiny after a December 2019 report from and ProPublica revealed that McKinsey had helped the Trump administration cut costs as it detained and deported immigrants. Just days after this report was released, Buttigieg asked McKinsey to release his client list, in order to dispel any controversy around his time there.

It wasn’t until 2011 — while Buttigieg was an intelligence officer in the U.S. Navy Reserve — that he was elected mayor of South Bend, Indiana. Buttigieg served two terms as mayor, until his successor was sworn in at the beginning of 2020.

Buttigieg’s academic resume and his time in the military may be impressive, but they don’t necessarily help him make his case to millennial progressives who want to see radical change. Buttigieg has mentioned at campaign rallies and on the debate stage that he is a Rhodes scholar and a military veteran, largely to establish some credibility in a field of candidates with far more political experience. However, it’s unclear for now whether Buttigieg’s academic career will help or hurt his presidential bid, especially as he goes head to head with Sanders, a progressive and political independent who has been successfully attracting the youth vote by advocating for free college education, student debt cancelations, and universal health care.