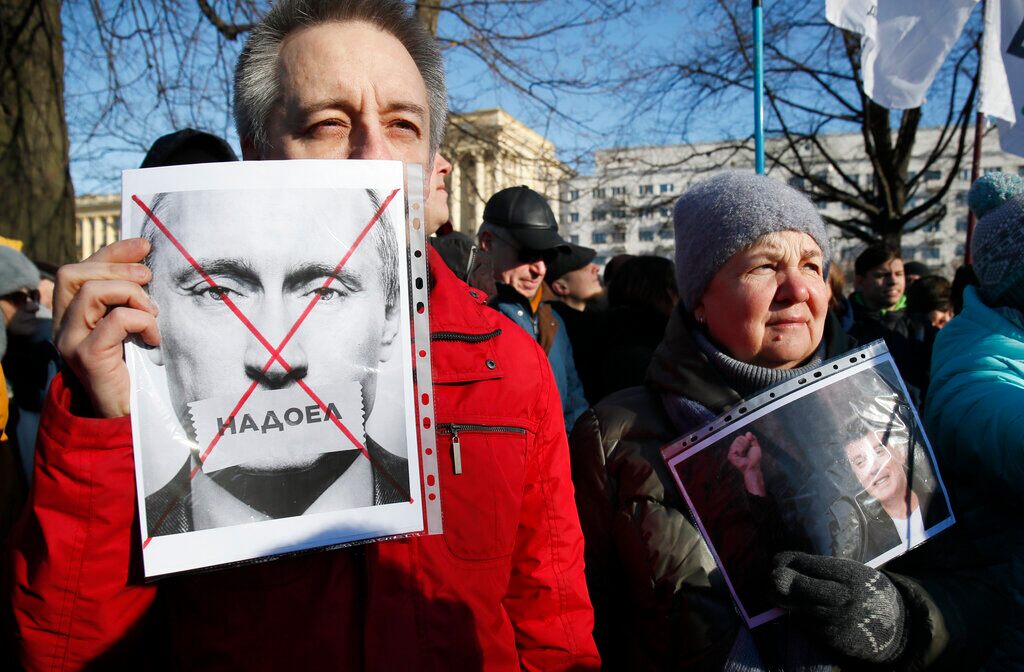 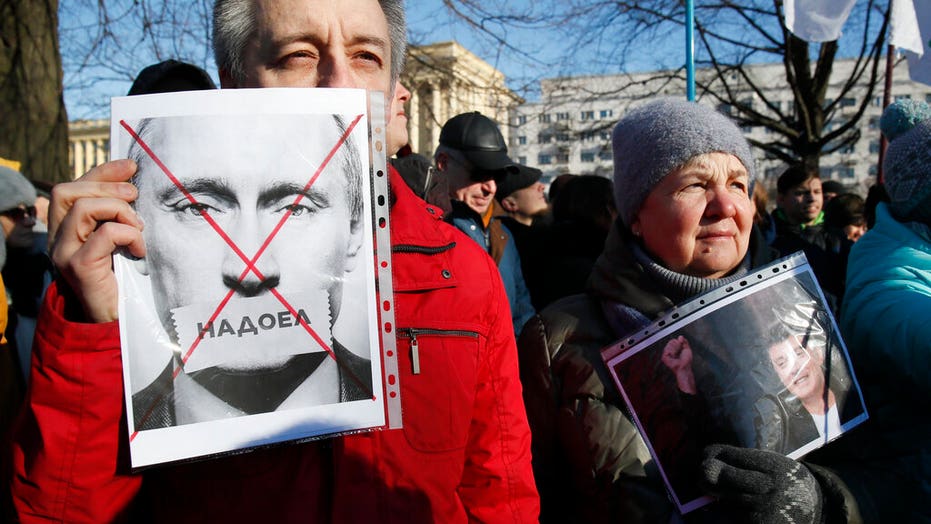 A protester holding a poster reading “Tired of” during a rally in memory of opposition leader Boris Nemtsov in St. Petersburg on Saturday. (AP)

Other marchers held signs commemorating Boris Nemtsov, a charismatic opposition leader who was murdered five years ago while walking on a bridge near the Kremlin.

WHO IS VLADIMIR PUTIN, THE RUSSIAN PRESIDENT AND EX-KGB OFFICER?

An officer in the security forces of Chechnya’s Kremlin-backed leader was sentenced to 20 years in prison for firing the shots that killed Nemtsov. Four other men were sentenced 11 to 19 years for involvement in the slaying, but whoever organized and ordered the assassination has not been determined.

Demonstrations in Nemtsov’s memory also took place Saturday in other large cities across Russia, including St. Petersburg, where about 2,000 people gathered, and in Novosibirsk and Vladivostok.

Officials with the arrest-monitoring organization OVD-Info said police detained five demonstrators in St. Petersburg, but there was no immediate information on charges. No detentions were reported in the Moscow march.