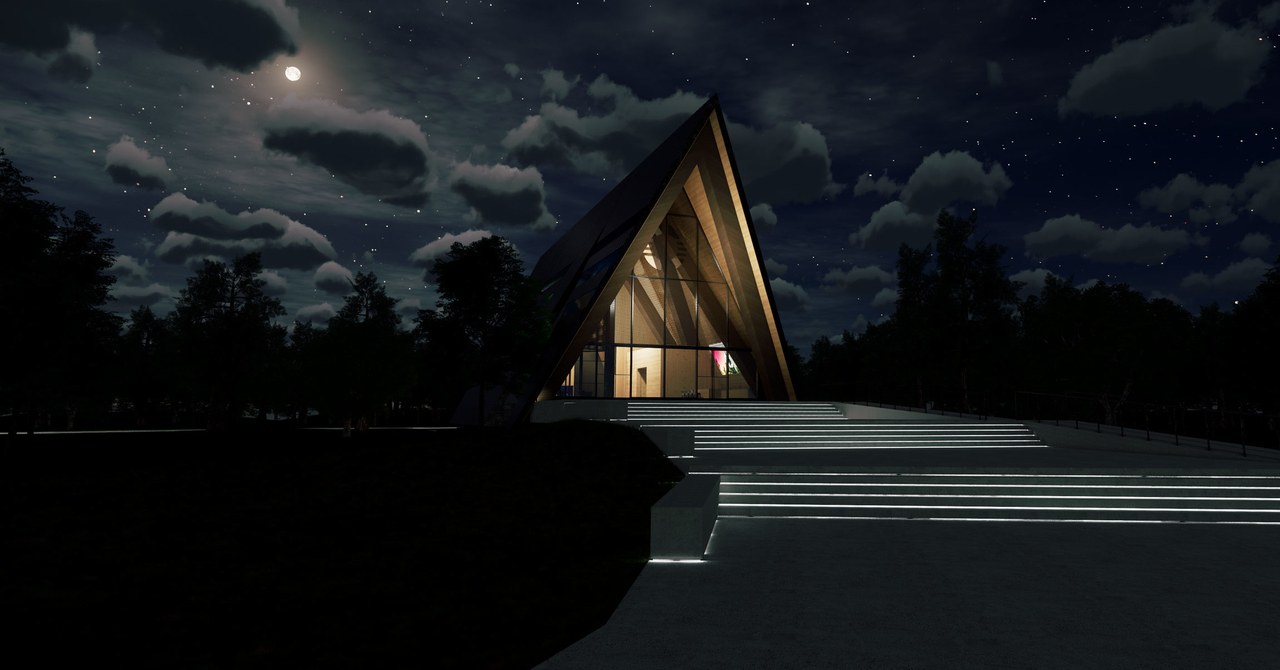 Idaho National Laboratory sprawls across nearly 900 square miles in the southeastern corner of its namesake state. Home to America’s first nuclear power plant, INL has served as the proving grounds for the future of nuclear energy technology for decades. Along the way, the lab has generated hundreds of tons of uranium waste that is no longer efficient at producing electricity. The spent fuel resides in temporary storage facilities while politicians duke it out over where to bury it.

Most of this spent fuel will probably end up underground, although when and where is an open question. As it turns out, a lot of people aren’t thrilled by the idea of burying nuclear waste in their backyard. But at least some of the spent fuel may have a second chance at life feeding advanced nuclear reactors that will be smaller and safer than their predecessors. For the past year, scientists at INL have started recycling spent uranium to meet the fuel needs of a new generation of small commercial reactors.

Last week, INL tapped the nuclear energy startup Oklo as the first company to gain access to its stock of recycled uranium fuel. Oklo’s reactor, known as Aurora, will be a lot different from the reactors on the grid today. Each of America’s 96 nuclear reactors are housed on sprawling campuses and are capable of providing anywhere from 600 to 4,000 megawatts of power. Aurora, meanwhile, will look like a small A-frame cabin and generate just 1.5 megawatts. Oklo’s reactor also departs from legacy nuclear systems in its fuel of choice. Known as “high-assay, low-enriched uranium” or Haleu, this fuel packs more energy into a smaller package.

In nature, uranium ore mostly consists of the isotope uranium-238 and a sprinkling of uranium-235. Only uranium-235 can sustain the fission reaction that makes nuclear reactors tick, so turning the ore into usable fuel requires separating the uranium-238 out in a process called enrichment. Today, all the nuclear reactors in the US only use fuel enriched to less than 5 percent, but Haleu fuel is enriched to anywhere from 5 to 20 percent. According to Jacob DeWitte, the co-founder and CEO of Oklo, the fuel used in Aurora will be at the higher end of that range.

“The cool thing about advanced reactors is you can go to those higher levels of enrichment and make things smaller, which helps drive the economics of the system,” says DeWitte. “It’s exciting that they’re making this material available for us to use that isn’t otherwise being produced by US suppliers right now.”

INL’s decision is a big step forward for Oklo and advanced nuclear energy systems in general. The lab is currently the only facility in the US capable of producing Haleu fuel, which means any advanced nuclear system that uses the fuel must secure the lab’s blessing before it can begin demonstrating its reactor.

Oklo is currently preparing an application to build its first Aurora reactor and plans to submit it to the Nuclear Regulatory Commission for review next month. DeWitte says he expects the approval process to take two years and construction of the reactor to take another. Assuming everything goes according to plan, Oklo’s Aurora would be the first American reactor to run on Haleu derived from spent nuclear fuel.

DeWitte says the Aurora demonstration reactor will require several thousand pounds of Haleu fuel. It’s a tall order considering that until a few months ago, the fuel was effectively non-existent in the US. INL estimates that it has enough spent nuclear fuel on site to produce up to ten metric tons of Haleu. After a year of recycling the spent fuel, the lab has produced over 1,000 pounds of near-fuel-grade material, but Jess Gehin, chief scientist at INL’s nuclear science and technology directorate, expects to increase this production rate as the lab refines its processes.

INL is using spent fuel from the Experimental Breeder Reactor-II, a nuclear power station that provided electricity for much of the lab for nearly 30 years and also used recycled fuel. To turn the reactor’s spent fuel into Haleu, INL scientists first separate the uranium-235 from unwanted elements, such as plutonium, produced during the reactor’s operation. This involves soaking the spent fuel in a bath of molten salt and then zapping the concoction with a big dose of electricity to heat it to nearly 1000 degrees Fahrenheit.

“This technology has been around for decades, so there’s really limited technology challenges in processing the fuel,” says Gehin. “It’s just a matter of the rate at which we can process it and we’re working to accelerate that.”

The National Energy Institute predicts that by 2030 America’s annual demand for Haleu fuel will be 100 times larger than it is today, driven largely by the expansion of advanced commercial reactors like Oklo’s Aurora. INL won’t be able to supply all this fuel on its own, nor was it meant to. It’s job is to produce enough of the stuff to allow Oklo and other companies working on advanced nuclear energy to demonstrate their reactors. To truly meet the surge in demand, the US will need a robust commercial supply chain.

Last year, Department of Energy officials announced they had awarded the nuclear energy company Centrus a $115 million contract to kickstart the commercial production of Haleu fuel at the Centrus uranium enrichment plant in Ohio. Earlier this month, the department gave another nuclear energy company, BWX Technologies, a $3.6 million contract to produce the fuel, which BWX plans to deliver by 2024.

Unlike Idaho National Laboratory, these companies will be enriching uranium to produce Haleu rather than downblending highly enriched uranium from spent nuclear fuel. Even though Oklo’s reactors can run on recycled nuclear fuel, the first units to hit the grid will almost certainly be powered by fresh uranium fuel. According to Rex Geveden, CEO of BWX Technologies, enriching uranium to produce Haleu fuel is the only sustainable way forward. “Using spent fuel is really only good for a limited number of reactors,” says Geveden. “The nation’s going to need enrichment capability again.”