I guess if any relationship was doomed for failure, it was ours. I had come off the tail-end of heartbreak hard and fast. After six years of marriage, my ex-husband had come home and told me he didn’t love me anymore. Already an injured bird, it didn’t take much to rip off my wings, ensuring I would never fly again. Indeed, I was a woman who based her worth on the people who loved her, or sadly, in the event of divorce, the man who didn’t. And there you had this pitiful waif of a gal, running back home to Mississippi with her tail between her legs, sent packing by the funny guy from Chicago who had decided she wasn’t worth the effort. It was this broken mess that plunged heart-first into another love affair, but don’t go feeling sorry for me as the rejected woman. In all honesty, I was probably a terrible wife.

So, there you had a terrible (ex) wife, getting involved with a fellow ex’er. Yep, we were both once-divorced, and with a mix of trepidation and hope, we stepped into the mess of one another’s life. I’m not sure who was worse off, him or me, but I don’t guess that matters anymore. We certainly didn’t let it stop us then. My husband (husband now, that is) and I, ran into each other’s arms. He could no better hold me up than I could him, but I guess we tried. Two negatives do not make a positive, but we were determined to make our math work.

Within the first year of being married, we found out a lot about each other. If dating me for a year, status post-divorce and dirty thirty crisis, had not let Ben know I was an alcoholic, then living with me certainly did. He knew I was a homebody, but realizing I stayed home so I could drink became ever-clear (see what I did there) all the more once we were under the same roof. Each morning he would crush cans, twenty or thirty littering the kitchen counters, and he would laugh about how we needed to start recycling. I could drink him under the table, and we both knew it. After I began to abstain we would understand better why.

Now, don’t go thinking I was some saint who poured out my bottles of alcohol as some sort of victory stance. Nope. The only reason I quit drinking (at the time) was because of the tiny baby growing in my womb. I had desired, and failed, to stop drinking for years, but it wasn’t until the life of a child entered the mix that I put my vices on the back burner.

Well, I wasn’t the only one who wanted to quit being an addict. I still remember, at seven months pregnant, confronting my husband about missing narcotics. How had I not realized my spouse was on drugs before?! I guess I had always been too drunk to notice.

Y’all, that first year was a doozie. Maybe even the second year too. I’m not sure how two total idiots made a marriage work, but I’ll be the first to say it was a God-thing. Now, I certainly wouldn’t advise young couples to pursue matrimony and starting a family with someone as broken as yourself, but then again, I suppose we’re all broken in one way or another. Our problems were just more obvious to the keen observer. In between the lies, addiction, and wounded hearts, God did a miracle. He took two hopeless, helpless wrecks and exploded His spirit within us. I know it’s only God’s grace that made it happen rather than fall through the cracks.

In the heart of all men and women is the potential for good. We are created in the image of our Father in Heaven, and it’s only sin and this world that gets everything so convoluted. We all have sin, and if you say you don’t, you’re lying to yourself. The only question is, are you willing to be forgiven? And perhaps, also, are you willing to forgive?

I’ve realized that marriage is a whole lot about forgiveness. It’s forgiving because you were first forgiven, and it’s about loving beyond just yourself. I can’t explain how grateful I am that the Lord gave me such wisdom that first year or two into our marriage. He made me abundantly aware that I was so far from perfect, it wasn’t even funny. That I couldn’t expect perfection from others. But that He (alone) could make things perfect. He could heal broken hearts, broken lives, and make all things new. I didn’t go about trying to fix my broken husband. Instead, I went about fixing me. Or rather, allowing the Lord to show me how.

Each day seems better than the last. Do you know what I mean? I hear so many people say, “marriage is hard,” but is it really? I don’t think marriage is hard. I think life is hard. Having someone to transverse through the difficulties of a hard life? Gosh, that’s a blessing.

My husband is my best friend. I didn’t think marriage could be as good as it is, but it only gets better. We have seen a lot in a short (long) decade. We saw addictions broken (ten years sober/clean for us both). We saw trust rebuilt. We experienced the birth and raising of three babies. We experienced poverty and more than enough. Then we experienced poverty again. We’ve been through a lost business, overdrawn credit cards, reposed vehicles, and foreclosure. We’ve seen ups and downs, but only of the life and world around us. Never of our marriage. Life will give you a hard shake and very little break, but marriage should be the gift from God that can be a rock in shifting sand. In fact, if Jesus is the foundation of your marriage, it should be a strong tower of refuge in this stormy life. 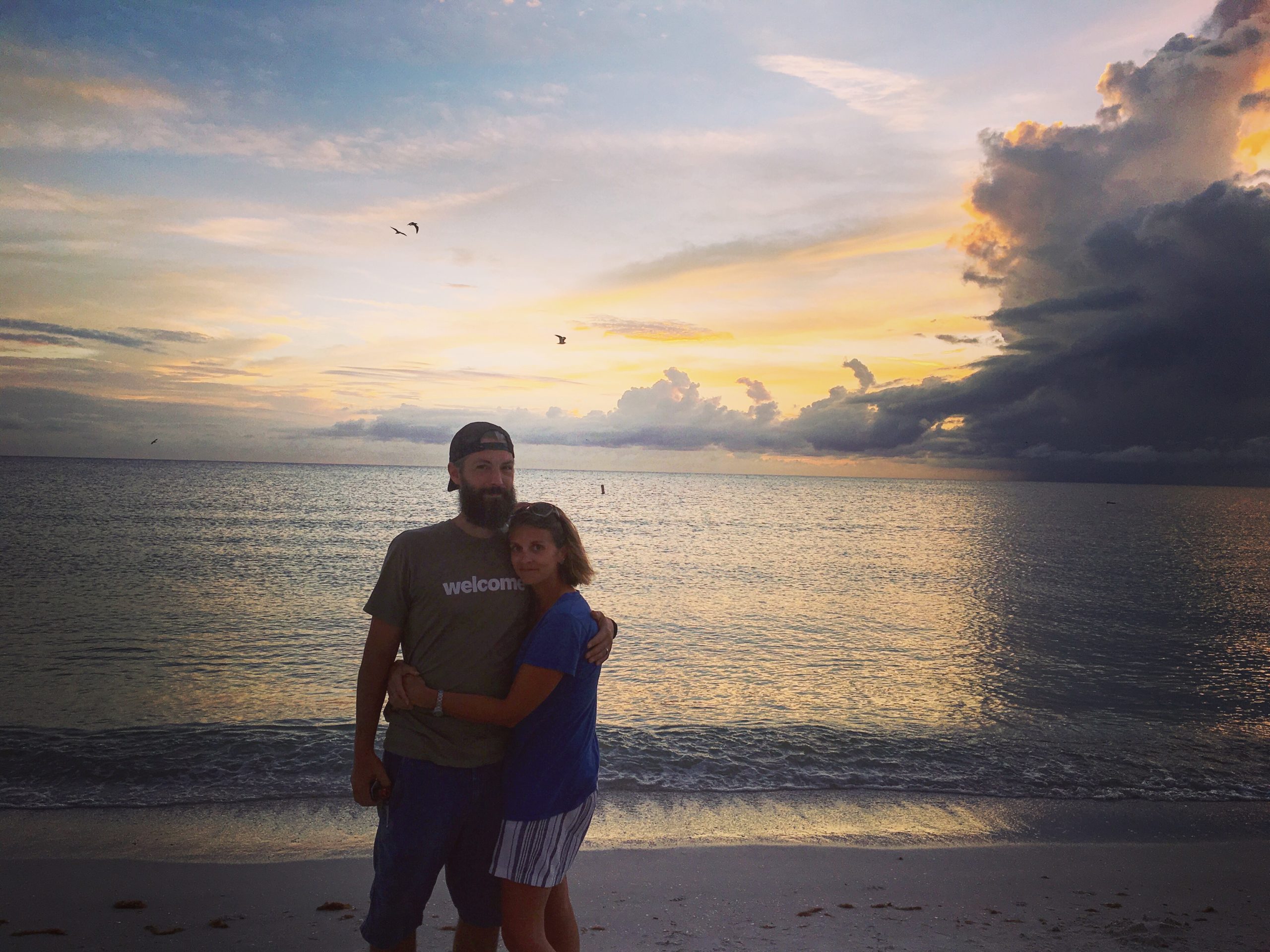 I serve my spouse in love, and he serves me also. We cover ourselves in scripture, and God’s Word is the instruction manual for our marriage. Every reaction I have towards him is spirit-driven (or rather I strive for it to be). Those rogue, angry thoughts will surface occasionally, but that’s why a good, Christ-like pause is important. I measure my words, and so does he. I can’t for the life of me remember the last time he said something hurtful to me. My husband is so gentle with me, so caring and considerate. I don’t think that’s a typical “man” thing. I think that’s a Jesus thing. My spouse handles me with care, driven by love, inspired by our Savior, and I treat him the same. Slow to speak, slow to anger, and quick to forgive. Focusing on the other person, even to the point of denying self. I don’t have to worry that by denying my own needs I am left lacking. My husband meets my every need, and I serve him the same.

It’s funny to me, looking back. Our relationship was doomed to failure, from the perspective of the world, that is. God, on the other hand, looked at the mess of us, like a glob of unformed clay, and He said, “I can work with that.” We were malleable, you know? We were willing to have God change us for the better. I mean, we knew we were broken, and I guess that’s the first step to a happy marriage and life. Looking at yourself (and not just the other person) and admitting you need to be changed by the Lord. It’s looking to Jesus to fix you, not the person you’re in a relationship with. It’s allowing God to do the refining, and then trusting that He knows how to shape things better than you ever could alone. That’s the only explanation for what started between Ben and me thirteen (even twenty-three) years ago, and what it has become today. God knew what He was doing when He put us together, and despite our attempts to foul things up and all our missteps, God still made a happily-ever-after out of our mess. He gave us a miracle marriage, and each day is like Heaven on earth.