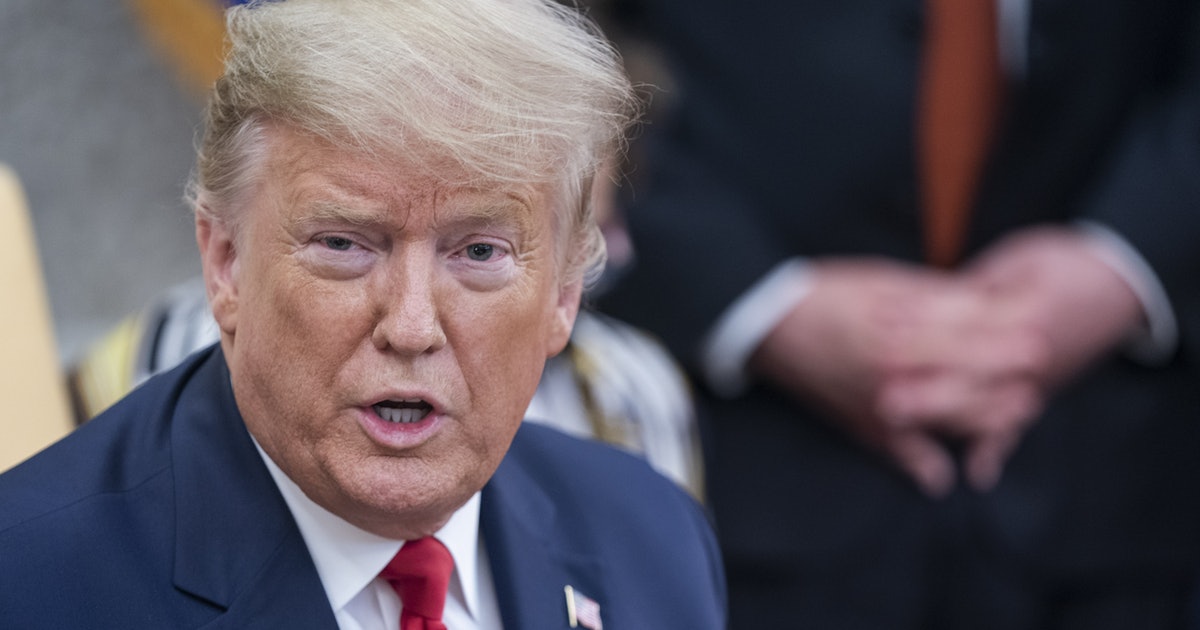 On Wednesday, Feb. 5, the Senate acquitted President Donald Trump of the impeachment charges against him, allowing him to remain in office and finish his term. In the current polarized political environment, Trump’s acquittal by the Republican-controlled Senate was expected, but it will still have long-ranging effects. Trump’s impeachment acquittal could have significant consequences for future presidents in particular, experts tell Elite Daily.

Senators found Trump not guilty on two articles of impeachment, one alleging abuse of power and another alleging obstruction of Congress. Even before the Senate voted to acquit on Feb. 5, many of Trump’s critics were concerned about the vote’s potential long-term effects on national government as well as the role — and powers — of the president.

Mary Frances Berry, a former U.S. Commission on Civil Rights chairwoman and now a professor of history and American social thought at the University of Pennsylvania, tells Elite Daily Trump’s acquittal may lead to presidents using their executive branch powers more broadly, leading to more power for the president. It’s part of a trend of expanding presidential authority, she says. “I think that what impeachment will lead to is presidents continuing on the path of using their expansive powers,” she says, like making funding deals with state officials and issuing more executive orders.

Trump’s acquittal also reveals a lack of effective checks and balances on presidential power, opines Kim Wehle, a constitutional scholar and visiting professor at American University’s Washington College of Law. “When the provisions of the Constitution for oversight of the presidency are not enforced, then by definition the scope of the presidency is going to get bigger,” Wehle says. “Right now, impeachment isn’t a meaningful check.” She also notes that some congressional oversight of things like budgets or government funding may begin to move to the authority of the president, based on Congress’ willingness to overlook Trump withholding congressionally authorized military aid from Ukraine for several months in the summer of 2019. Trump was accused of allegedly delaying the aid as a quid pro quo to pressure Ukraine into investigating his domestic political rival, Joe Biden. Trump has denied any quid pro quo, and the funds were released in September 2019.

A continuing expansion of presidential power may not be the only result of Trump’s acquittal. During his Senate trial, Trump’s lawyers and supporters argued that Trump could not be charged with abuse of power no matter what he had allegedly done, and claimed it was a made-up charge — an allegation that could make it harder to hold future presidents accountable for any alleged abuse of power. According to Berry, lawmakers have different understandings of what constitutes that kind of abuse. “Abuse of power is a rather fuzzy kind of label,” Berry says, “and one person’s abuse is another person’s just using the office.” She thinks it’s “unlikely” future impeachment proceedings will include abuse of power charges, unless “something really catastrophic happened to this country.”

According to Wehle, the key to accountability is getting out the vote, particularly in state and local elections where lawmakers may be in a position to put reforms like eliminating the electoral college or lowering the voting age to 16 into practice. “You can’t make any of the changes to the structure with people in office that aren’t willing to do that,” Wehle says. “It all boils down to voter turnout.”

The real question Trump’s acquittal presents, Wehle says, is not what consequences it might have for future impeachments, but instead for the future of American democracy. A lack of limits on presidential power, coupled with presidents who may not feel accountable to voters, could have dangerous repercussions for the viability of democracy, Wehle says, and it would be nearly impossible to avoid those consequences if voters don’t demand electoral integrity on every level of the ballot. “Everyone’s issues that they care about, all of it comes back to the assumption that you can go to the polls and actually vote in an election that is meaningful.”