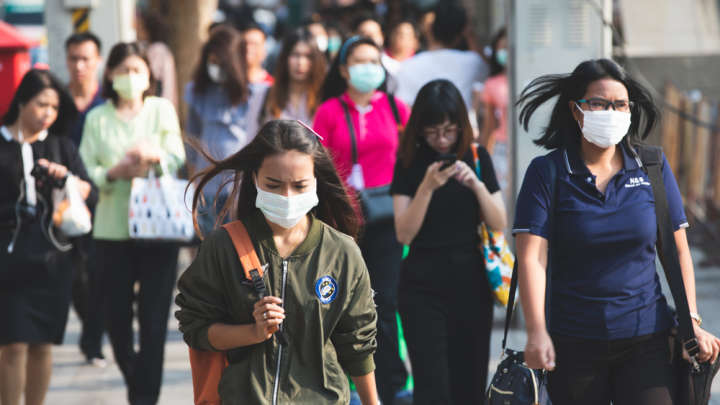 Daily exposure to a highly reactive gas known as ground-level ozone is linked to an increased risk of death, according to an analysis of data from more than 400 cities in 20 countries around the world. To date, it is the largest study of its kind.

Ground-level ozone is an oxidative gas derived from human emissions and found primarily in urban areas, according to the US Environmental Protection Agency. It forms when pollution reacts with sunlight and has previously been linked with adverse health outcomes and an increased risk of death. Air quality thresholds for ground-level ozone range in value, from a World Health Organization recommendation of 100 micrograms per cubic meter of ambient air (μg/m3) to 160 μg/m3 in China. For reference, the European Union sets its directive at 120 μg/m3, while the United States recommends no more than 140 μg/m3.

To assess the risk of death attributable to ozone exposure, an international team of researchers turned to the Multi-City Multi-Country Collaborative Research Network, a global program dedicated to studying weather impacts on human health. Death rates were compared with environmental measures, such as weather and air pollution, between 1985 and 2015. From this data, researchers derived daily average ozone levels, particulate matter, temperature, and humidity at each location and estimated the daily number of extra deaths that could be linked to ground-level ozone.

Of the more than 45 million deaths looked at during this period, the researchers found that ground-level ozone may be directly associated with an extra 6,262 deaths each year, or about 0.2 percent of total deaths in cities analyzed. On average, a 10 μg/m3 rise from one day to the next was associated with a 0.18 percent increased risk of death.

“Results suggest that ozone-related mortality could be potentially reduced under stricter air quality standards,” write the authors in the British Medical Journal, adding that the “findings have relevance for the implementation of efficient clean air interventions and mitigation strategies designed within national and international climate policies.”

The authors write that those deaths could be prevented if countries implement stricter air quality standards that are more in line with WHO recommendations. Research suggests that 80 percent of the world’s urban populations live above those levels.

“Quantification of health burdens from air pollution can be extremely useful for the design of efficient public health interventions, including the definition, assessment, and review of air quality standards. Current air quality standards vary greatly between countries, and only a few of them meet the stricter World Health Organization recommendation,” write the authors, adding that a smaller, yet substantial, death risk was also associated with pollution levels below WHO guidelines.

However, the researchers add that their study is observational and cannot fully establish a causal relationship, nor can they explain how pollution may play a role in early death. Furthermore, areas where data is limited – like South America, Africa, and the Middle East – were not assessed. Of countries that were analyzed, the authors note that differences in monitoring and data collection may have affected their results.