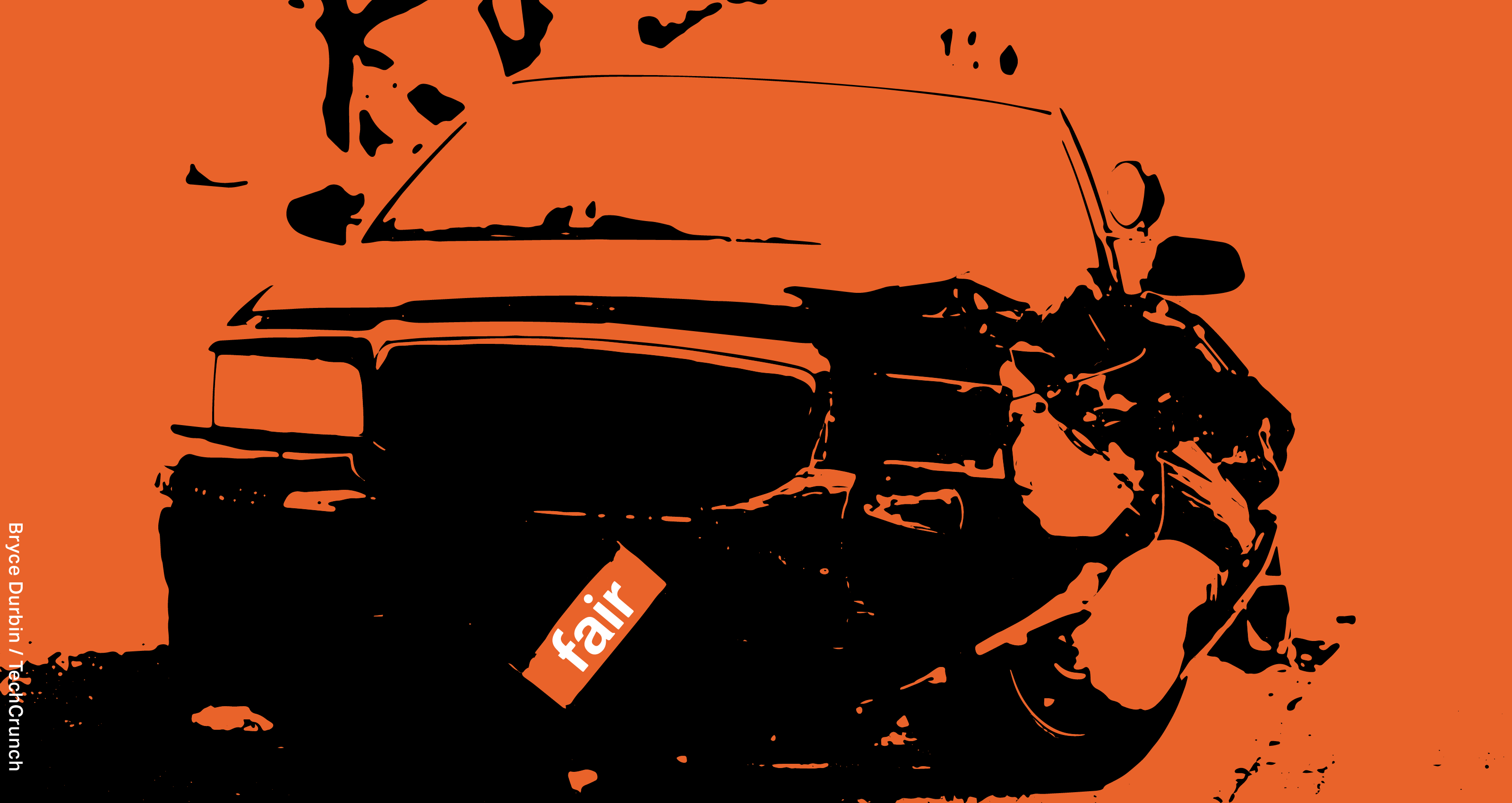 When Fair laid off 40% of its staff in October, CEO Scott Painter promised it wasn’t shuttering leasing services to on-demand fleets. But just one week later, he stepped away from the role of CEO and was replaced by Adam Hieber, a CFA from Fair investor SoftBank. Today, according to two sources, Fair announced at an all-hands meeting that it would end its Fair Go program that helped Uber drivers lease cars on short-term (by the week) deals, as the company pushes for profitability. The program will cease in April. Uber now confirms the news to TechCrunch, and now Fair has directly confirmed the news to us as well:

Due to an unexpected increase in insurance premiums that would have significantly raised prices for Fair’s rideshare drivers, we will wind down our weekly rideshare service over the coming months,” a spokesperson said. “We are working to minimize the disruption for Fair’s rideshare drivers, including notifying these customers of the status of their subscription in the coming weeks. We are working closely with Uber and exploring options with third parties to provide alternative customer mobility options to ensure a seamless transition for them, as well as continuity in Uber’s vehicle supply. We are thankful for our loyal Fair rideshare drivers and are disappointed we can no longer operate the business in a cost-effective way for our customers.

Uber drivers who want to lease a car for a month or longer can still do so through Fair. The current program that is being wound down allowed Uber drivers to lease for increments of a week at a time. From what we understand, the program comprised as much as half of Fair’s business with Uber at its peak.

Formerly valued at $1.2 billion after raising more than $2 billion in equity and debt financing from SoftBank and Lightspeed, Fair laid off 40% of its staff in October. It had bought Uber’s XChange leasing program in early 2018. The deal lets drivers lease an Uber-eligible car with subscriptions to roadside assistance and maintenance for as low as $130 per week with a $500 start fee.

But Uber sold the leasing program because it was unprofitable and adding to its losses at a tough time for the rideshare giant. As additional fees stacked up, Fair didn’t fare much better operating it.

A source tells us Fair Go was profitable. It was an important focus for the company as it retooled its subscription services for traditional drivers. Another source says at one point Fair Go was adding about 250 to 300 car leases per day and had thousands of active leases.

But Fair Go was facing higher insurance rates from carriers, which make sense, as Uber drivers can be on the road far, far longer than traditional car owners.

Rather than trying to pass those fees along to drivers — many of whom are already cash-strapped — Fair told employees it would cease to lease to Uber drivers. That’s a respectable choice, as it could have pushed Uber drivers into debt if they didn’t fully comprehend what their total costs would be.

Attempts to reach Fair for comment were complicated by many of its in-house PR team no longer being with the company. An agency representative provided the statement above after publishing time.

An Uber spokesperson confirmed the shut down of Fair Go, telling TechCrunch that “Unlocking options for vehicle access so drivers can earn with Uber remains a top priority. We’re thankful for Fair’s collaboration, and their contributions to our vehicle rental program. We’re continuing to invest in rental partnerships, and building more flexibility beyond hourly, weekly, and monthly options available today.”

Uber — which continues to operate at a loss and is in no hurry to take on its own rental or leasing operations — said it remains committed to offering rental options to drivers through partnerships with Hertz, Avis, ZipCar and Getaround, and they may be able to work with Uber drivers formerly renting from Fair.

As for those who want longer-term leases, Painter said they could continue getting their vehicles via Fair in its ongoing Uber relationship.

“As evidence of our prioritization on discipline and sustainable growth leading to profitability, we are exiting the weekly rental business,” he told TechCrunch. “Fair remains committed to our partnership with Uber and to providing a flexible ownership alternative through our traditional month to month product, which is performing well and still represents the majority of our business.”

Painter, who co-founded Fair with Georg Bauer and a number of others, took on the role of executive chairman of Fair.com when he stepped away from the CEO position at the end of October — a role he remains in while Hieber sits in the CEO role on an interim basis.

During the layoffs in October, Painter maintained that the action was proactive, and not in response to SoftBank pressure.

“SoftBank is a big shareholder and supporting my focus, and that is the reality right now,” Painter said at the time. “Leaning on us is not the term,” he added in response to our questions of whether SoftBank pressured it to make these changes. “They are supporting us — there is a big difference,” he stressed.

The surprise CEO change one week later, and today’s news about Fair Go, points to a different unfolding of events that speaks to the pressure SoftBank itself is under.

The news is the latest low point for the SoftBank portfolio in the wake of the WeWork implosion. That’s caused potential repeat LPs for SoftBank’s massive Vision Fund to tighten their purse strings and other late-stage investors to focus on sustainable unit economics.

Heavily-capitalised, mature startups have been left scrambling to cut their burn rates, often through layoffs, and to shift business models in a push for profitability.

SoftBank’s portfolio, which may have trouble raising on good terms after what many saw as inflated valuations propped up by the megafund, has been hit the hardest. This week TechCrunch broke the news that Flexport was laying off 3% of staff, or 50 employees.

And there may be more to come: Activist investor Elliott Management, which now owns more than $2.5 billion of SoftBank shares, has reportedly started talks with the company over a range of issues, including better corporate governance and more transparency and management around investments.

Updated with confirmation from Fair, a further comment from Scott Painter, who was not ‘removed’ but stepped away from the CEO role, and a correction that Uber will continue offering car rentals through partners but not leasing as we originally printed.