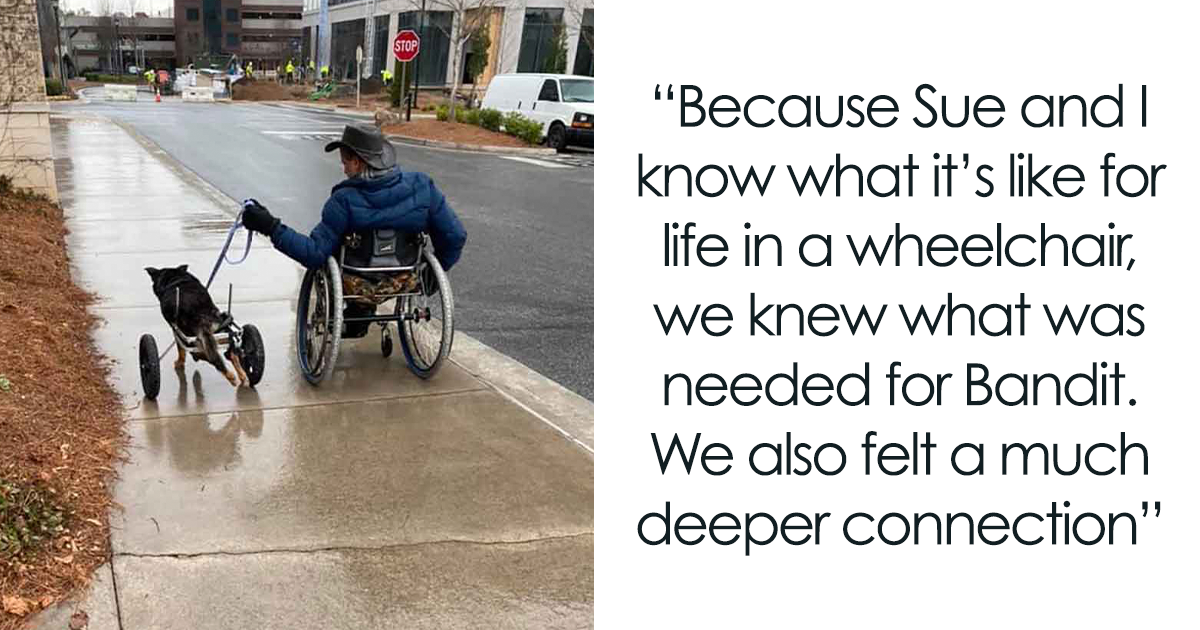 It’s pretty much the same with all shelter dogs. All they want is a sweet loving forever home. But not every one of them is lucky enough to nail that from the first go. But sometimes even doggos have to face some serious hardship before they find a real silver lining in their lives. That was exactly the case for Bandit who was taken into the Gwinnett Jail Dogs Program as a stray but ran into some serious health problems that left him paralyzed below the waist. Luckily for him, someone with the exact same problem learned about Bandit and took him into their care. It’s like it’s written in the stars!

Meet Bandit, a happy doggo who found his forever home after being returned 4 times No shelter dogs have an easy life. But Bandit’s journey was particularly bumpy. After being found as a stray, he was taken to Gwinnett County Animal Shelter but then transferred to the Gwinnett Jail Dogs Program. It’s a unique program that saves dogs from being euthanized and have jail inmates train and care for them. It seemed the right family would never come along until Darrell and Sue Rider learned about Bandit on Facebook. They were not bothered at all by the fact that Bandit has some special needs as Darrell happens to be in a wheelchair as well.

In an unfortunate mishap, he was left paralyzed below the waist after the treatment At first, it was thought to be temporary but with time, it was confirmed that the paralysis was permanent “The most intriguing part of Bandit is that he and I share the same type of paralysis and use a wheelchair to get around,” Darrell said. “Because Sue and I know what it’s like for life in a wheelchair, we knew what was needed for Bandit. We also felt a much deeper connection.”

Luckily enough, Darrell Rider and his wife Sue learned about Bandit and went on to adopt him “The most intriguing part of Bandit is that he and I share the same type of paralysis and use a wheelchair to get around,” Darrell Rider said Even though he felt really at home with the inmates, he seems to have settled perfectly with his new family. “Bandit is doing great, and has settled in better than we could have imagined with his new family and surroundings,” Rider said. “We as his family couldn’t be happier to have Bandit in our lives.”

“Because Sue and I know what it’s like for life in a wheelchair, we knew what was needed for Bandit. We also felt a much deeper connection.”