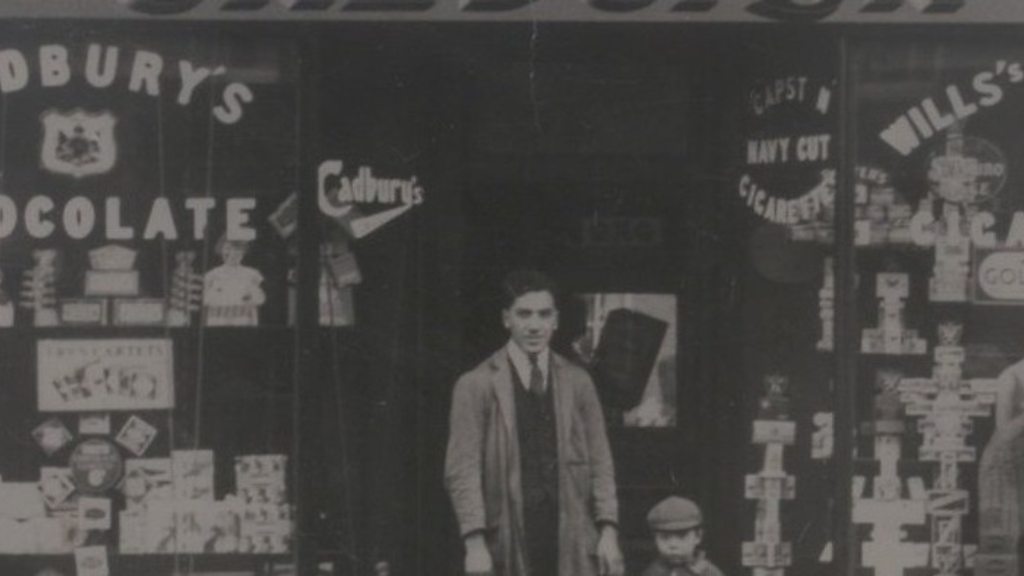 There were more than 300 Italian cafes in Wales before World War Two, but now there are just 11 still being run by the same families. Nick Servini tracked them down to find some were reaching major milestones.

With a name like Servini, growing up in a place like the south Wales valleys you cannot get away from the question: Does your family own a cafe?

The answer is: Yes. My grandfather used to run Servini’s in Aberdare, a place where it became a rite of passage to work every Saturday while a teenager.

The story of the Italian cafes is well documented, as is their decline. But there are two other inevitable questions I’m often asked: How many are left and which one is the oldest?

The truth is no-one really knew the answer, until now.

Servini’s opened in 1933, making it one of just 11 cafes to have been established before the war, and which are still run by the same families in the same premises. Under that definition, it sits alongside:

What is striking is the geographic spread across Wales, going against the perception that they are mainly based in the south Wales valleys.

That perception is not entirely misplaced because, in the decade after the war, there were many Italian families that opened up in former mining communities and five remain to this day:

One other cafe worth a mention is the Royale in Pontypridd, which dates back more than 100 years and remains open, although the business has changed hands a number of times among Italian families.

And while Italian cafes continued to open in the subsequent decades, these are the oldest.

The standout date belongs to Sidoli’s in Rhyl which, this year, marks an extraordinary anniversary; 110 years of trading.

The business was started by the grandfather of Maria Sidoli, Domenico, who, like the vast majority of Italians in Wales at that time, came from the small town in the mountains of northern Italy called Bardi.

It was a classic example of what became known as chain migration, where close connections are established between different parts of the world.

And in this case, a number of early successful cafes were established and word was sent back to Italy that help was needed.

Over subsequent generations, hundreds of cafes, restaurants, ice-cream parlours and fish and chip shops sprung up, primarily in former mining communities but also along the coast.

Maria continues to run the small cafe on Wellington Road to maintain the unbroken family tradition.

While Maria’s father and grandfather were interned on the Isle of Man, like the majority of Italian men running cafes in the UK, her three aunties kept it going until the end of the war.

“It’s a bit like a classic novel, the cafe does not change,” said Maria.

“It’s still utilised in the present day as it was 60 years ago.

“We get expats, people who emigrated to America, New Zealand and Australia, and they come back after 25 years and we are probably the only thing they can identify with.”

She said: “My mother did 61 years in catering and my Dad did the best part of 60 years so they did 120 years between them.

“They came here as children and it’s part of the fabric of their lives and, for a lot of people, it is linked to happy memories, hopefully, and that is a good thing.”

One of the ironies about the decline in the number of original Italian cafes is that it has been occurring while coffee has become big business on the high street.

An interesting aside is that while virtually all of those who started these Welsh cafes came from Bardi, two brothers who originated from a neighbouring town, started what was to become Britain’s biggest coffee chain, Costa.

“Some people don’t want to be asked how they are or they do not want to be called by their first name, they want anonymity.

“But some people like the personal touch. It’s down to your own psyche.”

Another big milestone has been reached by Cresci’s in Skewen, near Neath, as the original business opened 100 years ago.

It did move six doors down the street in 1947 but, in the eyes of the villagers, it was the same cafe.

John Cresci, 80, helps to run it with his sons, Robert and Joseph.

He was born above the shop and recalls the heyday of being situated close to three pits which meant hundreds of miners walking past twice a day.

And they inevitably popped in to buy cigarettes or chewing tobacco to help them deal with the dust underground.

When asked about the longevity, he said: “You become part of the village, part of the place.

“You are born here and you go to school here. I have known the customers all their lives. You cannot beat that can you?

The current custodian of Servini’s in Aberdare is my cousin Marino.

He said he did not plan to run the shop and had done a course in hotel management before his father put pressure on him to run the business as he approached retirement.

He has now put the business up for sale as his children have gone into different careers.

“We have gone through a couple of recessions in my time, the miners strike, when I first took over, and that hit people hard,” he said.

“In the past 10 years we have had the internet and that has taken trade off towns.

“But then people might say ‘I have saved a bit of money on the internet and I might come in to town to do a bit of shopping and have a cup of coffee’.

“People have more leisure time these days. We get a lot of cyclists coming here with their bikes outside. Things have changed but you have to adapt to it,” said Mario.

“Eighty per cent of our customers are regulars. We know their faces. We know them by name and that is how the business survives.

“If they are coming back we know we are giving them something they actually want.

“People come here to have a chat with us. There are quite a few people who do not see anyone all day unless they come into the cafe.”

And there, in a nutshell, is the story of the Italian cafes in Wales.

To walk into these cafes is like walking into a piece of history.

In many cases they are a great legacy of Wales’ industrial past.

But they are also living, thriving businesses that have become part of the fabric of the communities they have served for generations.