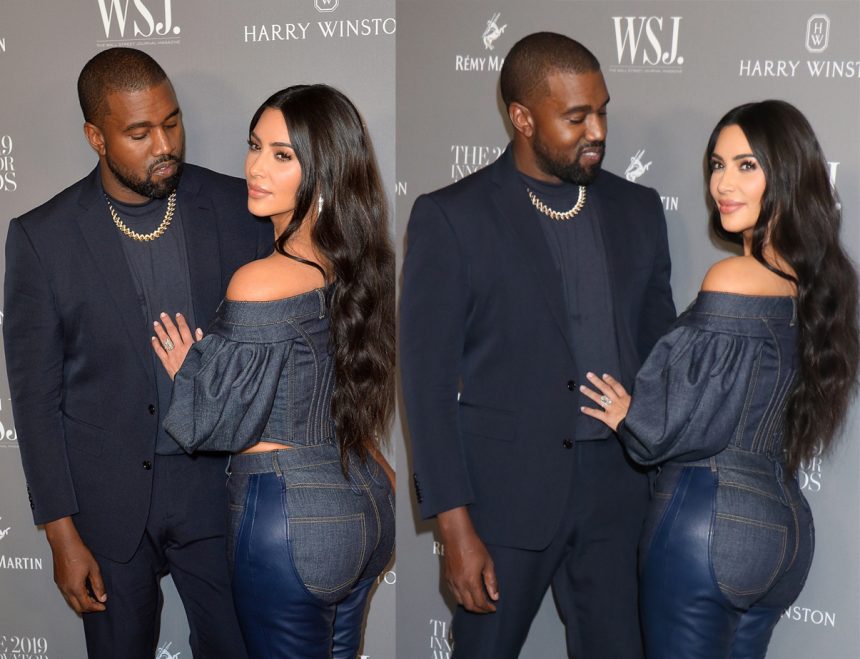 We’ve gotten the sense lately Kim Kardashian West and Kanye West have been having some relationship issues lately. But according to a new report they’ve found a potential solution: sex therapy!

OK, that’s obviously not the whole story. But it’s certainly the juiciest aspect!

According to a source spilling to Radar Online, the couple are basically living separate lives lately — and have lost the intimacy they used to have. Per the insider, to keep from growing apart too much they decided to push the panic button and go to couples counseling:

“They tried counseling a couple of years ago, and it essentially saved their marriage. They’re hoping lightning can strike twice.”

Hmm. We know they did individual counseling for a bit after the incident in Paris in 2016 where Kim was held at gunpoint. After such a traumatic event for both parties, therapy was a really healthy part of moving forward. We’ve also heard a lot about Kanye’s therapy, a part of his ongoing mental health struggles.

There were rumors they had been in counseling together, as in to the “save their marriage” kind, but there was never confirmation. There were some adamant denials. However, this new source says not only did the couple do this once before, they’ve decided they need to go back!

“They have therapy sessions at least once a week where they each vent about their frustrations to an expert, who gives tips about how to open up and communicate better.”

That seems like something a LOT of couples could use, and Kimye can certainly afford it. So maybe there is some truth to this report? But who is this source? If it’s someone from the counselor’s office, it’s a total ethical breach, and if it’s a friend of the couple it’s a total personal violation! Not that either of those things would be totally without precedent, mind you. People love spilling gossip they shouldn’t if they can stay anonymous.

We’re torn on whether to buy this — but we’re definitely listening, especially about the sex talk which always makes our ears prick up! See, the source also claims:

“The therapist is giving them suggestions to put the sizzle back in their sex life.”

We never figured Kim and Kanye for a couple who would have any trouble in that arena. They have always been VERY passionate in public.