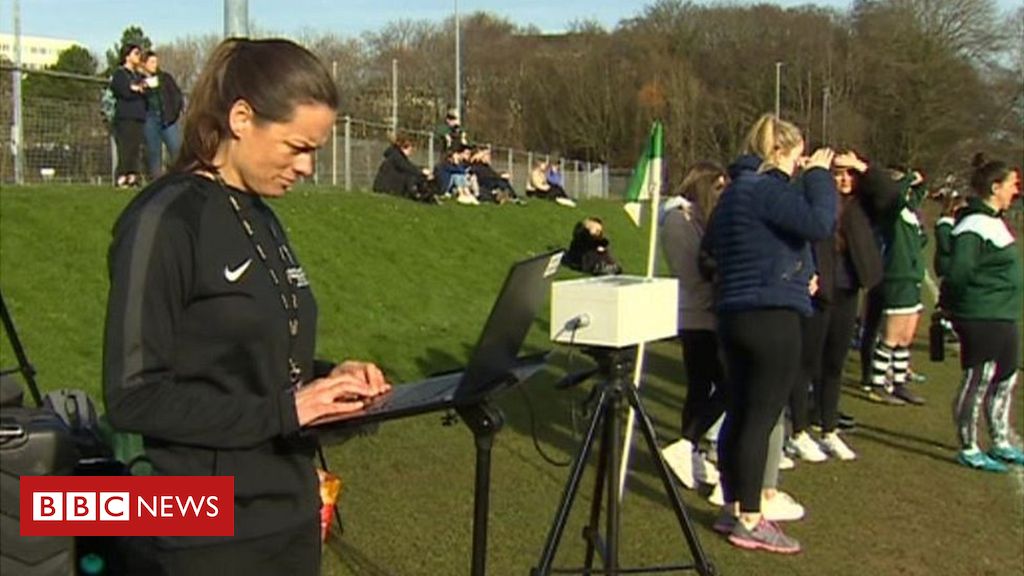 Rugby is one of the fastest growing sports for women and one of the few sports where men and women play in exactly the same way.

But recent research suggests female players are at a greater risk of suffering concussion than men – and the effects are more severe.

Swansea University is carrying out a pioneering study to understand why.

The work is also studying if changes to the way female rugby players train can cut the risk of concussive injuries.

Rebecca Redmond, 21, from Cardigan, is a flanker with Swansea University’s women’s rugby team and suffered concussion during a home game last month.

“I had a knock to the head about three minutes into the game and as soon as I did it I knew something wasn’t right,” she said.

“I was told I had had a big impact so I went to the hospital and they said I had concussion and I had to stay out for two weeks.”

Ms Redmond knew she had hit her head with force because she was wearing a mouth guard specially designed to record where and when players hit their heads in real time.

Players in both the men’s and women’s teams have been wearing the mouth guards since September and early results show they sustain head impacts in different ways.

Elizabeth Williams, a senior lecturer in biomedics at the university’s college of engineering, is behind the study.

She said: “Head impacts in the men’s game are usually caused by player to player contact whereas with the women it’s often head to ground, or head to knee.

“That’s enabled us to be specific about how we can train the women differently to improve the areas where the women are weaker, which might not necessarily be the same as men, so we train them as women and not as small men.”

She added: “Recent research in the neurology field has reported that axons [nerve fibres] in women’s brains are a lot thinner and they have fewer microtubules [hollow tubes that give shape to cells].

“They suggest that, subject to the same external force, a woman’s brain will have a higher risk of injury than a man’s brain. Collecting objective data about how hard these players are hitting their head can help us develop strategies to limit brain injury.”

The results of the study are due to be published later this year but the research has already led to changes in how the female players train – focusing on developing neck strength and encouraging them to fall facing down, rather than backwards.

Ms Redmond’s symptoms lasted a few days. She said she has confidence in the new techniques and is looking forward to returning to the field.

“After it happened I felt drunk and dizzy and I had waves of sickness. I carried on playing because I didn’t realise what had happened,” she said.

“The neck training we have been doing and learning to fall differently has built my confidence up because I know I am safer.”

‘Nothing will put me off’

She said she has had three concussions but the risks have not put her off the game.

“My most recent one was last August and it was quite a bad one – I went to the hospital and I had bruising on the brain,” she said.

She added: “Players and coaches have a better understanding about how serious concussion is. It comes with the game and there are rules to make it as safe as possible.

“I love rugby and nothing will put me off.”

Wales captain Siwan Lillicrap is head of rugby at Swansea University. She said the women’s game was growing and has welcomed more research.

“Rugby is an exciting game and it’s a sport for all, no matter what your shape or size is,” she said.

“When I started as head of rugby here a few years ago we were struggling to get a first 15 side out and now we have more than 70 members. We’re working as a rugby club to support the research.

“The more data we can get will help all women’s teams going forward.”